From The Streets To MSG, Masvidal Happiest When Fighting

Jorge Masvidal might have the most fitting nickname in all of mixed martial arts.

Saturday night in New York City, “Gamebred” will step into the Octagon for his 45th professional fight, a welterweight clash with two-time title challenger Stephen Thompson that stands as the final non-title fight on this weekend’s massive UFC 217 Pay-Per-View card. Eight days later, the Dade County product that started earning his living with his fist fighting in the same backyard scraps around Miami that made the late Kimbo Slice an Internet sensation will celebrate his 33rd birthday.

“I pre-date The Ultimate Fighter,” said Masvidal, who has competed around the globe in a litany of organizations, amassing a 32-12 record heading into this weekend’s matchup with Thompson. “When I got into the sport, it was who is the toughest, the baddest and who likes to actually do this because there was no fame in it and there was no fortune in it.

“There were some guys making money, but it was nothing crazy. That’s when I got into the sport and I’m a fighter of the purest essence because I like to fight. This is what I like to do. You like to play golf; I like to throw down. This is where I have fun.”

Watching Masvidal compete, it’s pretty clear that he’s serious when he refers to stepping into the Octagon as something he enjoys a great deal. While other fighters scowl and look serious, the American Top Team product blows kisses during his introduction and steps into the fray grinning from ear-to-ear.

He’s a chatterbox in the cage as well, dismissing the impact of the strikes being thrown his way and following up each crisp jab that connects with a comment. It’s a little salt in the wounds that may or may not throw an opponent off his game, but is sure to annoy the hell out of whomever is standing across from him.

As much as he views fighting as a form of enjoyment, Masvidal is also a student of the game and someone who makes sure to appreciate every step in his journey, which is why getting to compete at Madison Square Garden this weekend means so much to him.

“When I do look back, I see that I’ve come a long way,” he said. “Most people know where I started fighting – I started in the streets – and now I’m in the Mecca of fighting, Madison Square Garden, possibly fighting for a title after this. 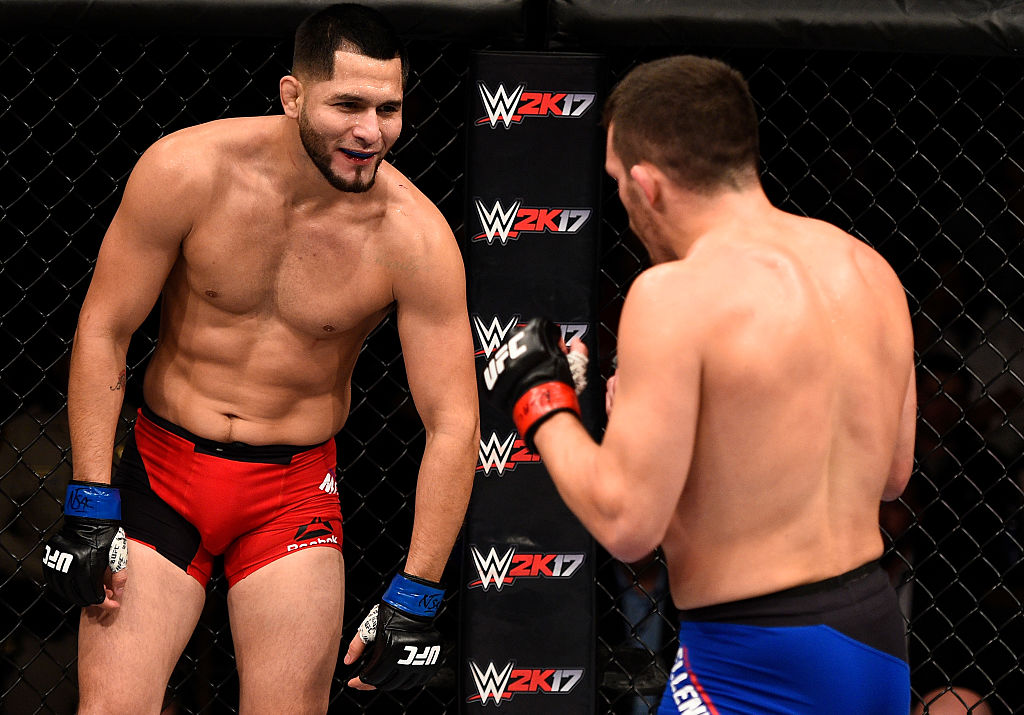 In order to put himself in the title conversation, the fourth-ranked Masvidal first needs to get through Thompson, who enters their main card meeting hungry to get back into the win column after coming up short in back-to-back bids to wrestle the welterweight title away from current champ Tyron Woodley.

Both of those contests were tactical affairs where both the champion and challenger were hesitant to press forward and instead looked for opportunities to counter. While their first meeting at UFC 205 had its share of exciting exchanges, the rematch turned into a 25-minute game of cat-and-mouse, something Masvidal desperately wants to avoid this weekend.

“Yeah, I guess I’ve got to change the normal approach,” said Masvidal, a natural counterstriker. “I’ve just got to get in his face, man; just throw leather. Just do what I’ve always tried to do – get in the pocket with him, throw blows and make him work.

“I don’t like to go at people’s pace. If somebody is a high-volume fighter, I’ll lower his volume by doing certain things. If he likes to throw three, four, five strikes a round, well then I’m going to get your heart rate up and make you feel uncomfortable.”

And what does that entail against a guy like Thompson, who likes to fight in space and pick his spots?

“I get in his face, I break his pace and then I keep doing that over and over and over,” he said. “I don’t let him do anything that he wants to do, not dictate anything; I just keep fighting him.” 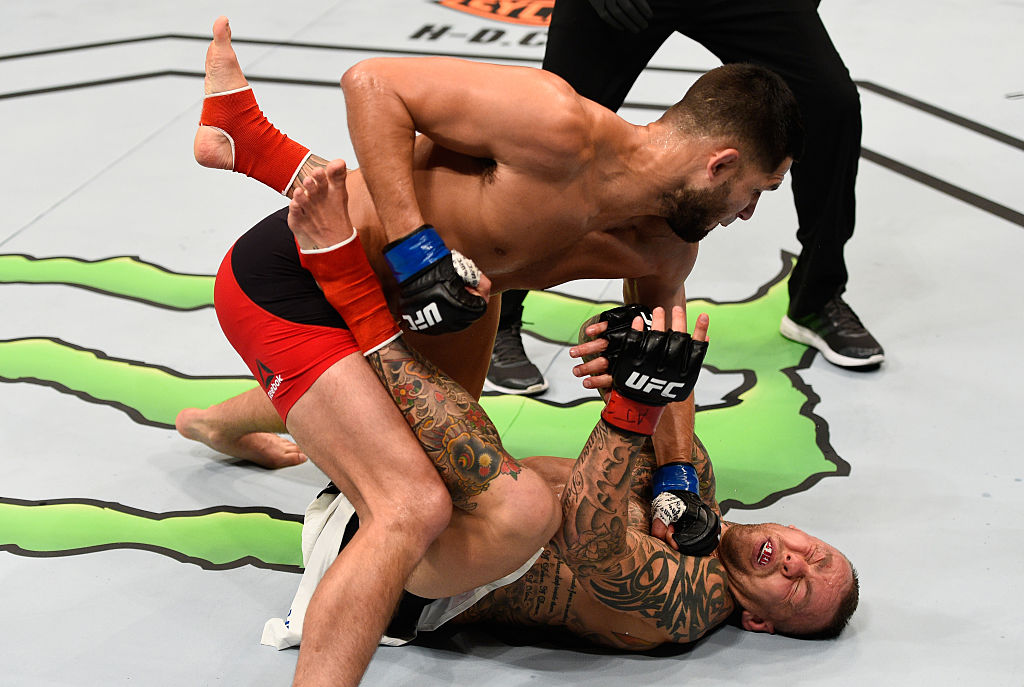 If he’s able to successfully implement his game plan and pick up a victory over Thompson on Saturday, Masvidal has designs on making sure he gets noticed coming out of this weekend’s massive event.

The student of the game has been studying and while he not overly fond of the current trend of fighters using social media and their post-fight interviews to improve their position in the title chase, he’s not willing to get left behind either.

“I know everybody has a YouTube channel and everybody has an opinion now, but it doesn’t mean that they should get rewarded for every f***** thing that they say,” said Masvidal. “I come from an era where actions spoke louder than words, but look at what’s happened – TV revolutionized everything.

“But I’ve realized something and I’ve been taking notes and it’s not so much my performance, it’s the post-fight speech (that people care about more), so I’ve got to do something real ratchet and then maybe I’ll start getting thrown into conversations about fighting for the title.”

With a strong showing against Thompson, it won’t matter what Masvidal has to say after the fight; he’ll have a spot in the title conversation secured.