The Storylines Of UFC 272: Covington vs Masvidal

See Which Five Storylines We Have Our Eyes On Heading Into An Action Packed PPV In Las Vegas.
By Gavin Porter, On Twitter @ItsGavinPorter • Mar. 4, 2022

Any time that there is bad blood between two athletes it’s always going to be amplified during fight week. But when those two athletes have a deep history like Colby Covington and Jorge Masvidal do, it’s not promotional material – it’s real.

The friends to foes welterweight headliner is just one of the many great storylines that run deep through UFC 272 fight week.

Let’s look at the other topics that we have circled before Saturday’s epic PPV card.

The Friendship Has Sailed…Big Time

The improbable bromance of Covington and Masvidal started strong at American Top Team but collapsed following issues surrounding the payment of coaches and the state of the welterweight division.

In 2018, Covington’s rise to the top of the welterweight division was nearly complete after he defeated fellow UFC 272 combatant Rafael Dos Anjos at UFC 225 to claim the interim UFC welterweight title. In the eyes of Covington, that’s when things with him and Masvidal started to shift. He felt like “Gamebred” was starting to get jealous and started being more a training partner than best friend.

Masvidal’s side of the story has to do with one of his key principles – loyalty. One of Masvidal’s coaches and Covington had a disagreement about payment and to Masvidal, that is treason in its highest form. The relationship continued to derail from there, with Covington eventually leaving American Top Team to work at MMA Masters. 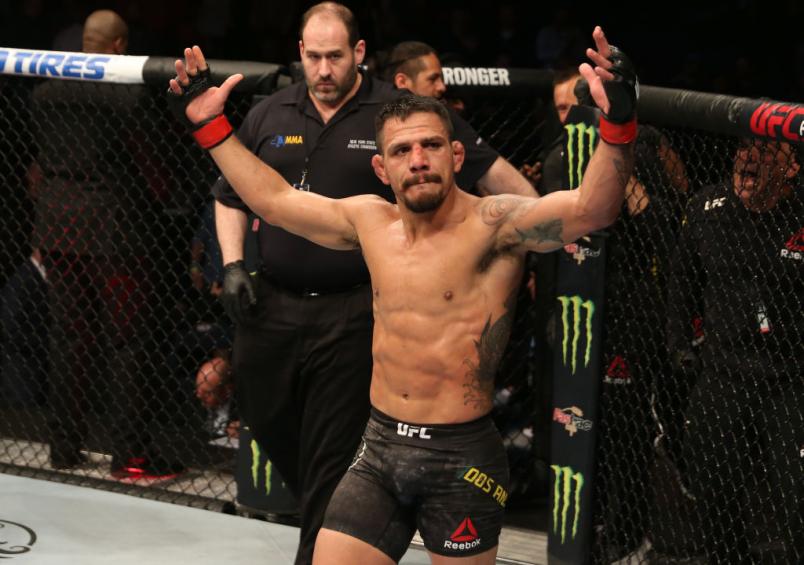 Just a week prior to his main event showdown with Rafael Fiziev, former lightweight champion Rafael Dos Anjos got the news that they would have to postpone the matchup due to Fiziev having visa issues. A one week push to the co-main event slot on a PPV wasn’t the worst thing, so RDA quickly accepted the switch.

But things got worse, with Fiziev testing positive for COVID-19 and being forced out of the high-profile bout entirely. That’s when RDA’s situation got even more interesting. He wanted to stay on the card, and it seemed like top lightweights were willing to throw their hat in the ring. Islam Makhachev and Tony Ferguson sounded off, clamoring for the fight, but in the end, it was the recently victorious Renato Moicano who signed on the dotted line to face RDA at UFC 272.

RELATED: RDA Is Up To Any Challenge | Moicano's Big Opportunity

Moicano is fresh off a first-round submission win over Alexander Hernandez at UFC 271 and enters the 160-pound catchweight fight on a two-fight finish streak. Meanwhile, RDA has struggled to keep a fight on the books. He’s had multiple bookings with Makhachev go south in the last year and change, with his last trip to the Octagon being a dominant win over Paul Felder, who filled in for Makhachev.

It may be a last-minute matchup, but it’s going to be a good one between these highly respected Brazilian veterans.

Bryce Mitchell’s First Fight in Over a Year 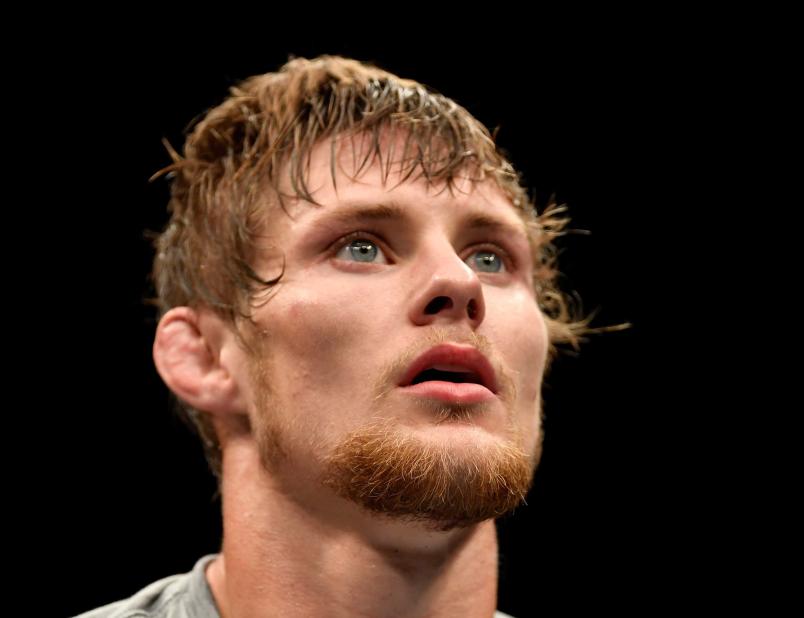 Fight fans around the world have been waiting to see “Thug Nasty” back in action and they will finally get their wish when he collides with Edson Barboza. It’s been a long time since Bryce Mitchell made the walk to the Octagon, but that hasn’t bothered him a bit.

RELATED: The Bryce Mitchell Way | How To Watch UFC 272 In Your Country

That first step begins against Barboza in an interesting clash of styles. It’s a fight worthy of a PPV main card and has major complications for both men. 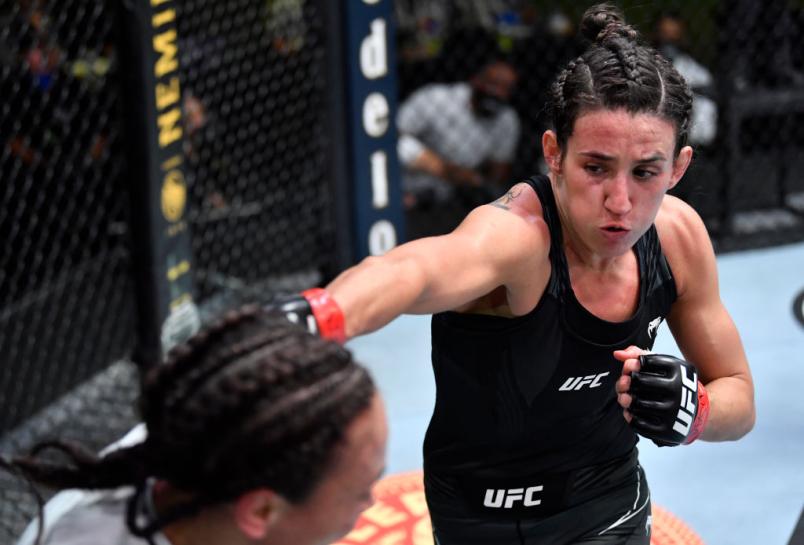 Marina Rodriguez and Yan Xiaonan just might help determine which strawweight gets a crack at Rose Namajunas in the near future. Rodriguez has been on an absolute tear, defeating Amanda Ribas, Michelle Waterson and Mackenzie Dern in 2021. She’s 15-1-2 overall and brings a stand up and bring it style that fans love to watch.

RELATED: Rodriguez Is An Embodiment Of Focus | Yan Xiaonan Is More Ready Than Ever

On the other side of the Octagon is Yan, who is looking to bounce back after being defeated by Carla Esparza in her last outing. Prior to her fight with Esparza, Yan was undefeated in the UFC and had a six-fight win streak.

It’s the perfect opportunity for both contenders to stake a claim for a shot at the strawweight belt and fans can watch it free on ESPN at 8pm ET / 5pm PT. 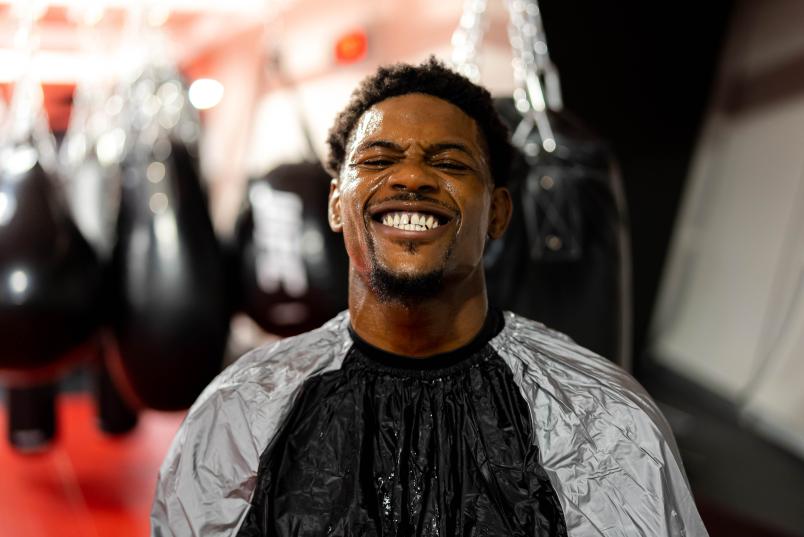 Making the move from middleweight to welterweight was an easy one for Kevin Holland. The Texas native was always on the lighter side of 185 pounds and made a couple adjustments to make the transition to 170 pounds an easy one.

Holland had an incredible 2020, racking up five wins and cracking the middleweight rankings. Unfortunately, he didn’t have such luck in 2021, falling short in contests versus Marvin Vettori and Derek Brunson. He also ended 2021 with a controversial and bizarre no contest with Kyle Daukaus.

A year like that prompted Holland to hit the drawing board, improve his wrestling and grappling, then move to welterweight. His first fight at his new home will come against exciting veteran Alex “Cowboy” Oliveira on the PPV main card of UFC 272.

It’s the perfect time for Holland to announce his presence as a real contender, and odds are he won’t do it quietly.