Up-to-the-minute news about UFC 160, taking place Saturday, May 25 in
Las Vegas. All bouts below have been verbally agreed to by both
fighters.

With undefeated Gunnar Nelson forced off the card due to injury, Rick "The Horror" Story will step in to face veteran Mike Pyle at UFC 160. Story most recently defeated Quinn Mulhern by first-round TKO at UFC 158.

Sadollah Out, The RocknRolla in at UFC 160

An injury has forced TUF 7 winner Amir Sadollah out of his UFC 160 bout with Stephen Thompson. In his place steps Strikeforce vet Nah-Shon Burrell, who made a successful Octagon debut at UFC157, outpointing Yuri Villefort in an exciting, back-and-forth brawl.

Former WEC bantamweight champ Brian Bowles will make his long-awaited return to the Octagon at UFC 160 in Las Vegas. Welcoming Bowles back will be fellow WEC alum George Roop,  who most recently outpointed Reuben Duran at UFC 158.

Two rising featherweight prospects collide at UFC 160 on May 25th, as Dennis Bermudez goes against Max Holloway. Bermudez is coming off his third straight win, a Fight of the Year candidate against Matt Grice at UFC 157. The sharpshooting striker Holloway will be looking for a fourth straight victory in the division.

Te Huna in for Bader vs. Glover

With new father Ryan Bader sidelined due to an injury, Kiwi light heavyweight James Te Huna has stepped up to the task of fighting top ten-ranked Glover Teixeira at UFC 160 this May. 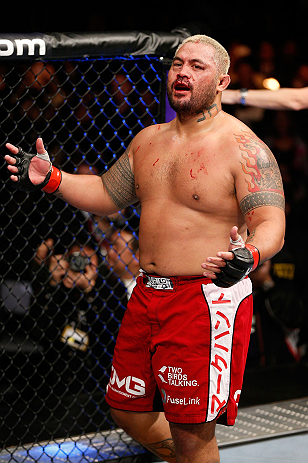 The fans wanted it, and now they’ll get it, as resurgent heavyweight contender Mark Hunt will follow up his knockout of Stefan Struve earlier this month with a UFC 160 bout against former heavyweight champion Junior dos Santos in Las Vegas on May 25th.

The spot alongside dos Santos opened up when the Brazilian’s original foe, Alistair Overeem was forced out due to injury, and with fans clamoring to see the two knockout artists collide, Hunt and dos Santos have verbally agreed to meet in the co-main event underneath Cain Velasquez’ heavyweight title defense against Antonio “Bigfoot” Silva.

updated March 7
The long-anticipated showdown between former heavyweight champion Junior dos Santos and Dutch-Blackzilian Alistair Overeem will again have to wait, as Overeem has sustained an injury and will not be able to fight at UFC 160. An announcement is expected soon as to whether the bout will be rescheduled or a new opponent found for dos Santos. 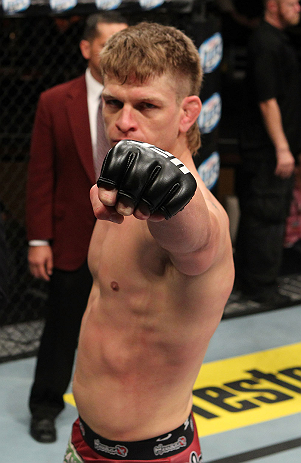 Welterweight Mike "Quicksand" Pyle will put his three-fight KO streak on the line against Iceland's undefeated Gunnar Nelson at UFC 160.

"Lil' Heathen" Jeremy Stephens make his 145-pound debut against Estevan Payan in what could turn out to be a featherweight slugfest.

updated February 21
Two exciting lightweight bouts have been added to the UFC 160 fight card scheduled for May 25 in Las Vegas.

Top-ten ranked lightweight contenders T.J. Grant and Gray "The Bully" Maynard will go to war in a fight that could shape the future of the lightweight title picture. Plus, Abel "Killa" Trujillo, coming off of an impressive UFC debut victory over Marcus LeVesseur, will face undefeated contender Khabib Nurmagomedov

Teixeira vs. Bader, Cowboy vs. KJ on Summer Opener 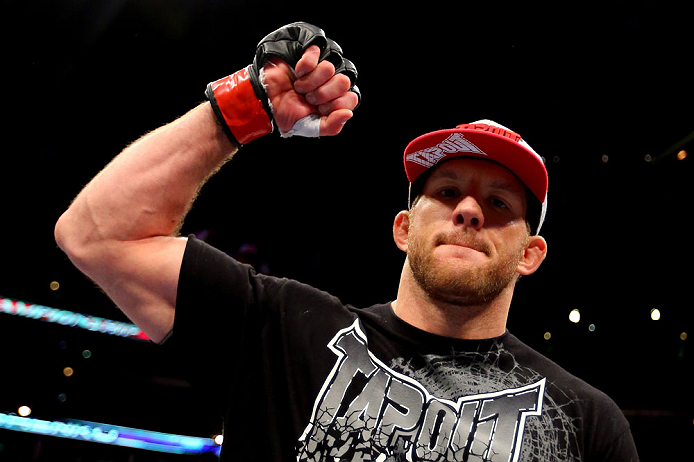 In addition, a lightweight bout with Fight of the Night potential is set for UFC 160 as KJ Noons will face Donald "Cowboy" Cerrone.

It's official: With a first-round TKO over previously undefeated Travis Browne and a knockout win over top contender Alistair Overeem, Antonio "Bigfoot" Silva has earned a title shot against UFC heavyweight champion Cain Velasquez. That heavyweight championship bout will anchor UFC 160, to be held Memorial Day weekend in Las Vegas.

Farther down in the weight divisions, fans will see a fantastic stylistic matchup as welterweights Stephen "Wonderboy" Thompson and TUF season 7 winner Amir Sadollah do battle.

Verbal agreements are in for all three matchups. More details about the event, including venue and ticket information, will be announced in the coming weeks.