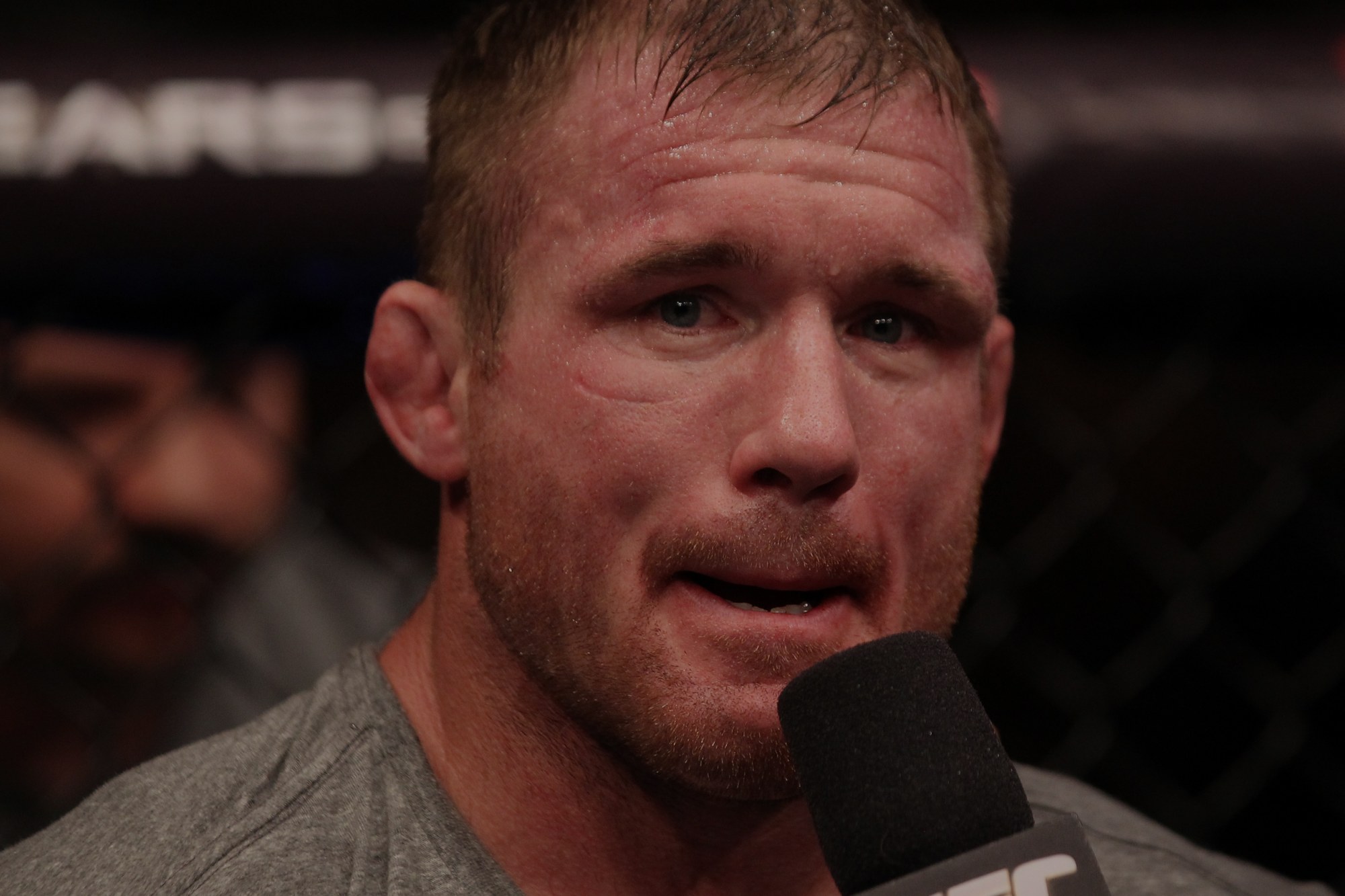 UFC Hall of Famer Matt Hughes nearly died in a car accident in 2017. 'A Country Boy Can Survive' documented his comeback and those who were involved along the way.

Twenty minutes wasn’t going to be enough to tell the Matt Hughes story. That was my first thought when I found out the “25 Years in Short” series on UFC FIGHT PASS was going to include a mini-documentary on the comeback of the legendary UFC Hall of Famer from a near-fatal 2017 accident.

Then I saw the film.

But before that, I found out who was directing it, and my worries disappeared.

“I actually like this format that they’re doing with this series a lot,” said Rory Karpf, director of “A Country Boy Can Survive,” which airs on UFC FIGHT PASS in October. “I like telling a story in this amount of time because I think a lot of times, documentaries are way too long. They just go on and on. And we weren’t telling the story of Matt Hughes’ whole life. We’re telling the story of this accident, and I think in a condensed format like that, it forces you to make choices, which I like to do. It lets you, as a storyteller, zero in on one thing and really do a deep dive.”

If Karpf’s name sounds familiar, it may be because of his work on Dana White’s Lookin’ for a Fight series and on the CM Punk series, The Evolution of Punk. But that’s just UFC material. Karpf has also won five Emmys, and his body of work includes documentaries on everything and everyone from Ric Flair and Dale Earnhardt to Christian Laettner and the Manning family. In other words, in a crowded world of non-fiction filmmaking, he’s on the short list of best in the game.

So it was no surprise that he was chosen to tackle a tough subject like Hughes’ accident and recovery.

RELATED: Catch the Hughes documentary and a new episode each Monday, Wednesday and Friday on Fight Pass

“I like doing more heartfelt stories,” Karpf said. “That’s what I gravitate towards and I like touching people’s emotions. I started at NFL Films, that was my first job out of college, and Steve Sabol wanted everything we did to touch, move and inspire. That’s football, there’s a lot of emotion in that game, and I really worshipped at his altar as a storyteller. So if I had to choose, I know that there are other topics in the series that are very interesting, but I did want to do more of the deeper, emotional stories.”

It doesn’t get deeper or more emotional than the saga of Hughes from June 2017 to the present. It was a shocker to the entire MMA world when the news hit that the two-time welterweight champion was hit by a train while driving his truck in his home state of Illinois. Not surprisingly, given the nature of the accident, Hughes wasn’t expected to live. Details about his injuries and his recovery were few and far between, with only an occasional social media post showing him on the road back.

“I had never met Matt,” said Karpf. “I obviously knew of him; he’s one of the legends of the sport. When UFC was really picking up popularity, he was more on the tail end of his career, but I had watched all his fights and he was one of the pioneers. I didn’t know what he was up to, and like everybody else, I heard he got hit by a train.”

At UFC Fight Night in St. Louis in January, Karpf and fight fans around the world saw Hughes walk from the tunnel to a seat at Octagonside, a thunderous ovation accompanying him every step of the way. He’s since appeared at several UFC events, but how he got from the train tracks to now was still a mystery until Karpf’s film revealed the layers to the story. It’s not an easy film to watch, but it’s done with the care of a filmmaker who has allowed the Hughes family – from Matt and his wife Audra to their children – to tell their story.

“I don’t want to just do these sugary, sweet, saccharine pieces,” Karpf said. “Luckily for the Matt Hughes film, UFC didn’t put any restrictions on me. They just said tell the story that you want, and that’s what I did. Most human beings are not black and white. Most are shades of gray.

WATCH: The Disputed Origin Story of the UFC Octagon

“I also wanted to give Matt’s wife a voice, and to Dana’s credit, he thought that was important too,” he continues. “Most of the time, the spouse and children don’t get heard, and you don’t get to see the effects of the fight and the fighting. You never get to see the next day after a big fight and what the effect is on the person that lost or the pain that they’re in.”

“A Country Boy Can Survive” will have an effect on anyone who watches it. As cliché as it sounds, this is a tribute to the power of the human spirit and a reminder that, at his core, Hughes is a fighter. But Audra, Joey, Hanna and Katelyn are fighters too. Thank Rory Karpf for showing us that.