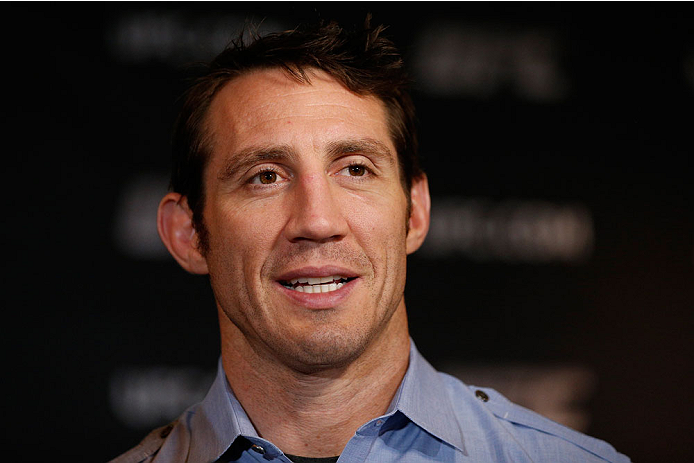 The media is supposed to be impartial, never choosing one fighter over another in the performance of its duties. But when Tim Kennedy ended his November fight with Rafael Natal in four minutes and 40 seconds, saving those in attendance in an open airplane hangar at Fort Campbell in Kentucky from four more rounds in progressively colder conditions, there was no more popular fighter in the world.

“Those aren’t ideal circumstances to fight in either,” said Kennedy, “especially when you have a torn quad. I didn’t want to be in there much longer either.”

Cold and injuries aside, it was the perfect end to a week in which Kennedy didn’t just deal with the spotlight of being in his first UFC main event, but also had to face the emotions of performing in front of his fellow members of the armed forces.

“It was emotionally overwhelming,” said the US Army veteran. “A fight’s a fight, and once you get in the cage, it’s just a fight. But leading up to there and being able to see a whole bunch of guys I hadn’t seen for a long time, some guys I hadn’t seen since Iraq or Afghanistan, it was surreal, and cool.”

And picking up his first UFC knockout was a bonus, both literally and figuratively, as he earned Knockout of the Night honors for his finish of Natal.

“I’m pretty emotionless when I’m fighting, so I knew I was gonna catch him when he was trying to exit, and it was just gonna be a matter of time before I did,” said Kennedy. “So when he was bailing off the left, and we had protocols about what I was going to hit him with, we kind of went right into it. I’m definitely a finisher, I like to finish fights, and once I hit him, I got on top of him and put him away. But it’s reassuring to be able to do something that we drilled, that was part of the game plan, that my coaches are calling out, and that I executed. It gives you confidence that you’re doing all the right things moving into a fight.”

If Kennedy claims to be emotionless when he fights, he also does a pretty good job of leaving emotion out of the lead-up to fights as well. So as he heads into Quebec City for his second consecutive main event assignment, this one against Michael Bisping, he isn’t looking at the Natal fight as the one that turned the corner for him, or even this bout, for that matter.

“I think fighting for the title is a ‘turning the corner’ type of fight,” he said. “To me, a fight is just a fight. It’s me and another dude in a cage, he’s trying to knock me out, I’m trying to knock him out, I’m trying to submit him, he’s trying to submit me. If you take a step back and look at the big picture in one’s career, that (beating Natal) may be a step in the right direction, but the next fight is always your biggest fight. Everybody was saying my last fight was my biggest fight; now I’m fighting Michael Bisping in the main event, and some people are saying this might be a title contendership type fight, so this is, again, the biggest fight of my career. I beat Michael, and maybe it’s another title eliminator, and maybe I’m even fighting for a title, and then that’s the biggest fight of my career. That’s just how it is.”

It’s actually a great way to look at things, one that allows a fighter to keep an even keel and not assume that the glory of his last bout will carry into this one, or that one win guarantees that the rest of the members of the middleweight top ten will follow suit. It goes back to what the former Strikeforce standout told me about fighting in the UFC – when it comes down to it for him, it doesn’t matter what letters are on the gloves, only that the best fighters in the world are wearing them. And he hasn’t strayed from that belief.

“I want to fight in the UFC because it is the biggest pool of the best fighters on the planet, and I always said I just want to fight the best guys,” he said. “The best guys are in the UFC. But once you’re in there and the cage door closes, it doesn’t matter who you’re fighting for; all that matters is who you’re fighting and how hard he hits, how fast he moves, how great his footwork is, how good his head movement is, and what’s his defense, wrestling, and jiu-jitsu like. That’s the stuff that matters.”

On Wednesday, Kennedy meets up with Bisping in a fight that the 34-year-old called for, and ever since then, the barbs have been flying by in a fast and furious fashion. So just what is it about “The Count?”

“I think he’s rubbed a lot of guys the wrong way,” said Kennedy of Bisping. “I have legitimate gripes with him. He illegally kneed one of my friends (Jorge Rivera at UFC 127) and then spit on another one of my friends (Rivera cornerman Matt Phinney), so I don’t like the guy and we’re never gonna be friends. Why him? He’s ranked higher than I am, he’s a great fighter, he’s a marquee UFC name, and it’s a big fight for me, so it has all the things to make it beneficial for me to fight him.”

But with all that being said, can he remain emotionless?

“I’m in there to do a job, I’m focused on the guy in front of me, and not on who he is as a person, but who he is as a fighter,” he said. “All the other stuff kind of goes away. When we’re in the cage, he can’t run his mouth anymore, because if he does I’m gonna put my fist in it and it makes for an easy night for me. You cannot fight any type of fight when you’re emotionally charged because you make mistakes. And that’s no different in the cage or in a war. You have to make sure you’re executing exactly what you’re supposed to be doing.”