Here are six of his most memorable moments to get you prepared for Anthony Smith's main event fight against Alexander Gustafsson.
By Thomas Gerbasi • May. 21, 2019

One of the feel-good stories of last year was the rise of Anthony Smith, a young veteran of the sport who finally hit his stride when he made the move from middleweight to light heavyweight and proceeded to win three bouts in a row to earn a March shot at Jon Jones’ 205-pound title. And while Smith lost that bout, on June 1, he returns in his fourth straight UFC main event, this one against Alexander Gustafsson in Stockholm, Sweden.

So how did he get here? Here are six of his most memorable moments to get you up to speed.

When you talk about fighters coming up the hard way, Omaha’s Smith could be the picture next to the dictionary definition. After turning pro in 2008, he staggered out to a 5-6 record and that would have been the sign for nine out of ten fighters to look for another line of work. Not Smith, who told me in 2017, “I never questioned it because I always knew that I was good enough. There was never a factor of was I good enough or be able to do it. I just needed to hold it together long enough to figure it out. And that’s how I always thought about it. I always knew, deep in my heart, how good I was, and I wasn’t able to figure out why I wasn’t able to put it together, but I also knew that I’ve always been a late bloomer.”

By 2011, he improved to 13-7 and got a shot in the Strikeforce Challengers series. He split his first two bouts in the promotion, won two bouts on the local circuit, and then got a call for Strikeforce’s big show, and in his first big bout in the spotlight, he delivered with a first-round submission win over Lumumba Sayers. The tide had turned. Or did it?

Smith’s win over Sayers was followed by three consecutive losses, including a UFC defeat to Antonio Braga Neto in a one and done trip to the big show. But after this devastating trio of defeats, Smith turned the corner and ran off six straight wins. And in fight seven, he got a measure of revenge over Midwest rival Josh Neer, evening the score with “The Dentist” via first-round TKO. If you’re a newer fan of the sport, maybe you don’t know who Neer is, but suffice to say that guys like the ultra-tough Neer don’t get halted too often. This was a major win for “Lionheart,” who got a call back to the UFC a month later.

In February 2016, Smith’s return to the UFC was a triumphant one, as he decisioned Leonardo Augusto Guimaraes. He dropped his next bout to Cezar Ferreira, but after settling another Midwest score with Elvis Mutapcic, he handed TUF winner Andrew Sanchez his first UFC loss with an emphatic third-round knockout. Smith made his point – he was a dangerous man on fight night. Now he just needed the consistency to go with it. 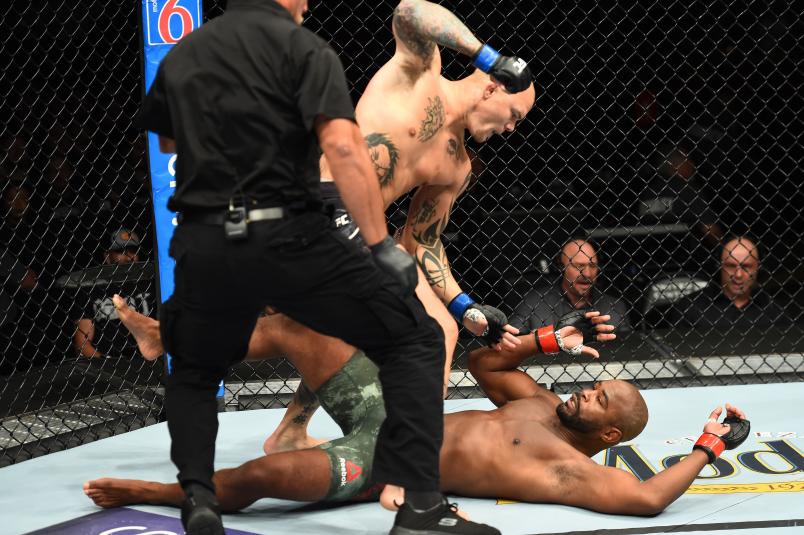 Hector Lombard was the next Smith victim, and the Nebraskan was on a roll before running into Thiago “Marreta” Santos in February. He got a Fight of the Night bonus out of the defeat, but it was clear that Smith had a tough choice to make. And he made it, deciding that his best chance at success was going to be at light heavyweight, not middleweight. And in June, his first statement was an emphatic one, as he took just 53 seconds to halt former 205-pound champ Rashad Evans. 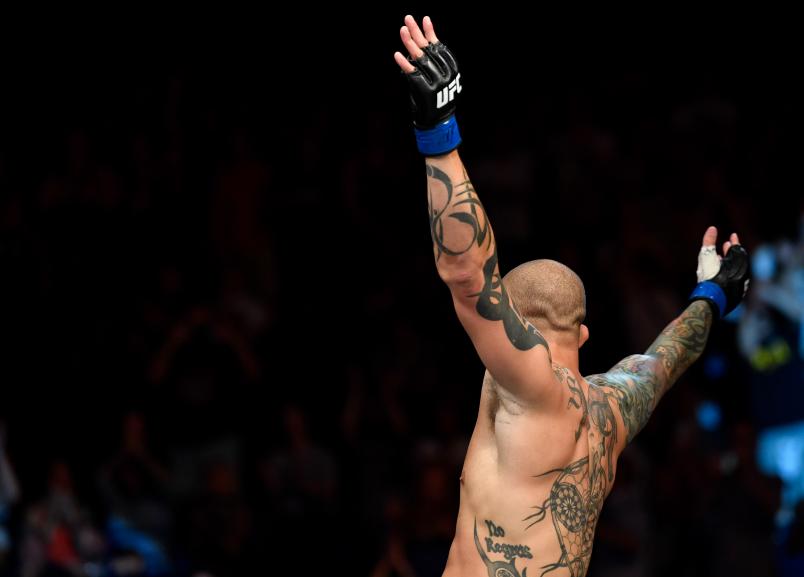 HAMBURG, GERMANY - JULY 22: Anthony Smith celebrates after his TKO victory over Mauricio Rua of Brazil in their light heavyweight bout during the UFC Fight Night at Barclaycard Arena on July 22, 2018 in Hamburg, Germany. (Photo by Jeff Bottari/Zuffa LLC/Zuffa LLC via Getty Images)

HAMBURG, GERMANY - JULY 22: Anthony Smith celebrates after his TKO victory over Mauricio Rua of Brazil in their light heavyweight bout during the UFC Fight Night at Barclaycard Arena on July 22, 2018 in Hamburg, Germany. (Photo by Jeff Bottari/Zuffa LLC/Z
Mauricio Rua

A little over a month after beating Evans, Smith was back in against another former champ, and this time Smith was just as vicious in victory, as he knocked out Mauricio “Shogun” Rua in 89 seconds. Anthony Smith had arrived.

Despite the impressive nature of Smith’s wins over Evans and Rua, there were those who said “Lionheart” caught the two former champions at the right time in their careers. There would be no doubters after he beat Volkan Oezdemir, though, as he patiently waited for his opening against the former world title challenger, and once he found it, he submitted the Switzerland native in the third round. The next stop was Jon Jones, and while his five-round decision loss to “Bones” was disappointing, Smith is ready to start his next run to the belt with the UFC Stockholm main event against Gustafsson in June.