Still just the beginning for Covington 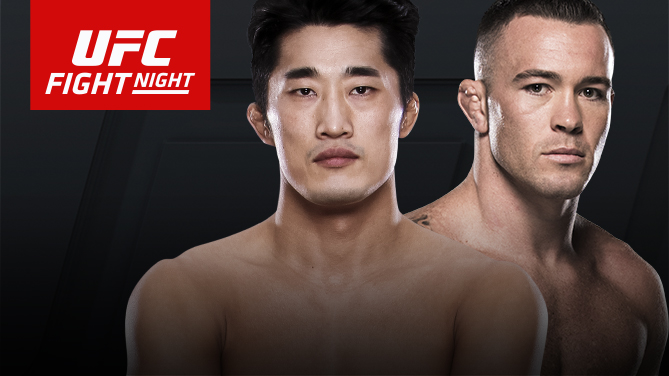 “It’s cool for my fans and it shows that we’re heading in the right direction, but I’m not the main face on the poster, and I got into this sport to be the main face, so I’m not satisfied until I get that top spot and the main event spot,” he said. “So this is just another opportunity to show what I’m capable of.”

It is a good sign for the 29-year-old welterweight, though, as he’s facing the No. 7-ranked Kim and getting a chance to crash the top 15 he believes he’s earned a spot in. And traveling 18 hours to Singapore from his American Top Team training camp in Florida is a small price to pay.

In fact, the man who has already fought in China, Canada and Brazil under the UFC banner got an early taste of Singapore during a recent media tour.

“I definitely got a good feel for what it’s gonna be like,” Covington said. “It’s not an easy plane ride, so it was good to experience that and see what the jet lag feels like, and then see the time difference. It was a surreal experience, but it was cool to get a feel for Singapore and now I’m visualizing every step and I’ll be prepared when I go back to fight.”

Winner of three in a row in a UFC run that has seen him emerge victorious in six of his seven bouts, Covington will be in tough with the underrated Kim, who has also won three straight. And while the “Stun Gun” has been a chameleon when it comes to his fighting style, Covington isn’t too concerned with what his opponent is bringing to Singapore Indoor Stadium this June.

“I guess we’ll have to see (what Kim brings), but I think once he sees how good I am and how much I’ve improved in all aspects of martial arts, he’s going to try and make it a boring fight,” Covington said. “But that’s not gonna work on me. I’m coming to put on the best performance of my career. I’ve improved a lot since my last fight, and in my last fight I put on a clinic, so you can expect to see a very dominant performance.”

If he delivers, he wouldn’t mind scrapping with another competitor on the Singapore card, namely former lightweight champion Rafael Dos Anjos, who takes on Tarec Saffiedine in his welterweight debut. In fact, given the back and forth between the two, it might have seemed like Covington was fighting the Brazilian star and not Kim. 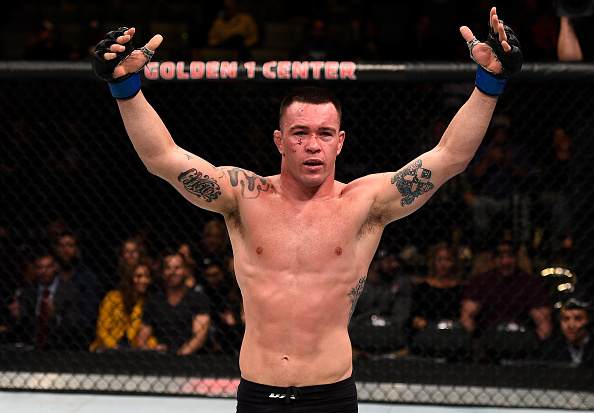 “Honestly, I heard an interview with him and I didn’t like his attitude coming up to 170,” Covington said. “He’s never fought in this weight class in the UFC, and he’s acting entitled and thinks just because he was a former champion he’s gonna come up here and jump to the front of the line. That doesn’t fly with me. I’m trying to work my way to a title shot and I wasn’t okay with that. He lost two fights in a row and maybe they were top fights at 155, but he’s not just gonna come up and fight the top guys at 170. He should have to have a test before that and I wanted to be that test.”

And just like that, Covington may have smoothly made a fight should the two win in June.

“I think our paths are going to cross where he has no choice but to take the fight with me,” said Covington, who isn’t shy about where he thinks he stands in the division and where he’s going to be sooner rather than later.

“There are a lot of guys in the UFC that say they’ll fight anybody, but when the UFC offers them that fight, they don’t take it,” he said. “They’re telling the media one thing, but when the UFC comes to them, it’s another thing. I’m here looking for any fight and every fight and I think that’s why the UFC gave me this fight. I went to them and said, ‘Hey, I’ll fight anybody in the world.’ I feel like I can beat everybody right now and I feel like I’m the best in the world. Put anybody in front of me and I will show you that I’m a true champion and the future of this division.”