Stevie Ray: The Dream is Real 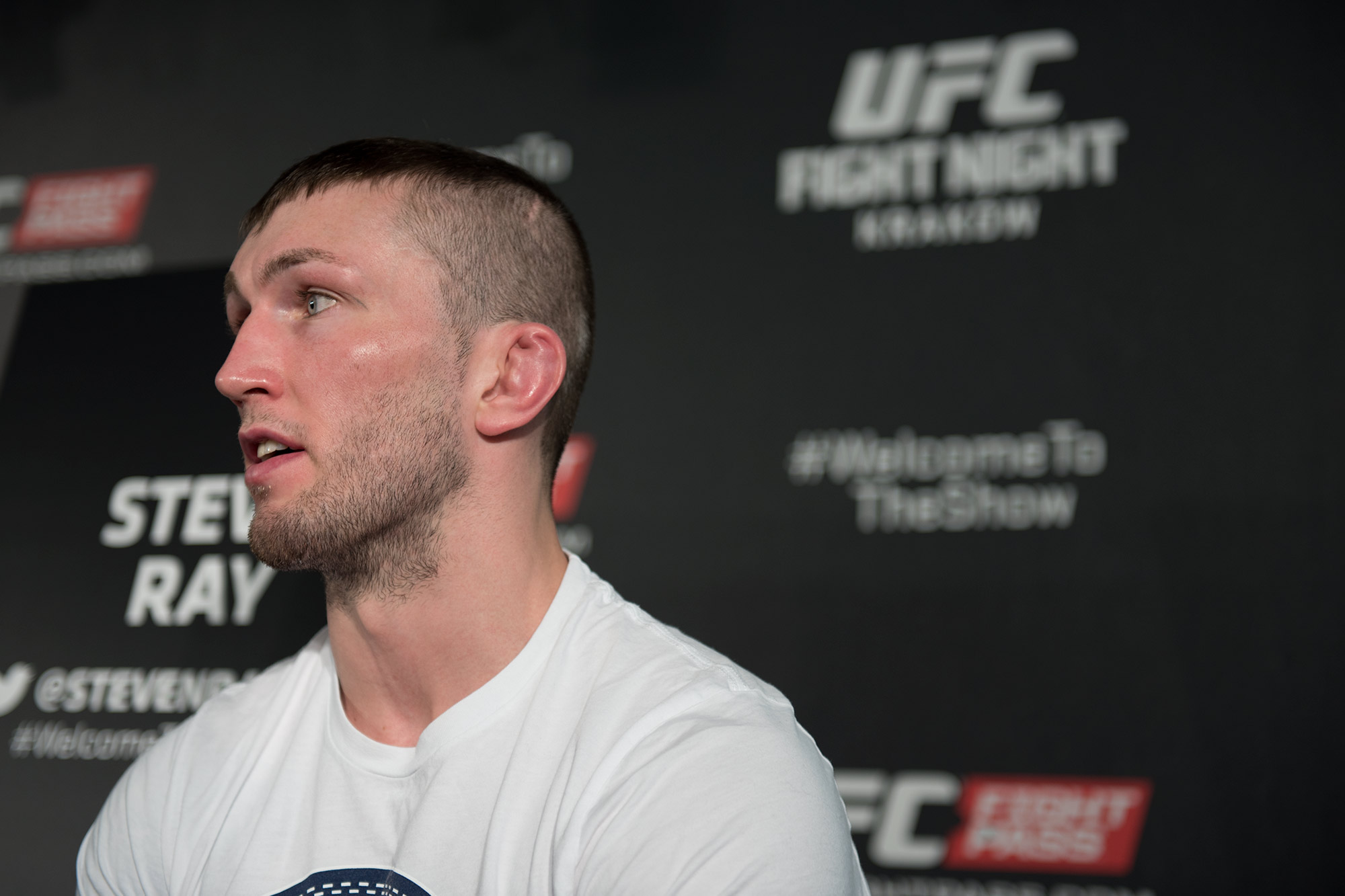 He may not be a bluesman out of Texas, but Scotland’s Stevie Ray has seen his share of hard times on the road to Krakow, the site of his first UFC bout this Saturday against Marcin Bandel.

Long considered one of Europe’s top lightweight prospects, the Fife native fought 21 times in nearly five years as a pro, won and finished most of his bouts and beat UFC level competition, but the phone call to the big show wasn’t coming.

“I was just keeping focused, but there were a few people from Europe getting signed before me and in one way it kind of motivated me, and in another sense it made me feel rubbish basically,” he said. “I’m thinking, well, I’m the Cage Warriors champion, I’m the highest-ranked lightweight in Europe that’s outside the UFC and then there people even in the same division as me getting signed and I started to really get down over it and think that maybe I’m never gonna get my shot.”

Add in the reality of being not just a fighter but a father, and the 25-year-old wasn’t in desperation mode, but frustration mode, especially because he knew that he had what it took to fight in the big show.

“That’s been the struggle throughout my whole MMA career because I’ve got two kids and I’ve got another one on the way,” he said. “I’ve got to put food on the table and I’ve got responsibilities, so it’s been tough.”

Last November, Ray finished off his trilogy with UFC vet Curt Warburton in emphatic fashion, submitting the Brit in the second round to emerge with a 2-1 victory in the series.

“I think the first time I fought him, I actually gave him too much respect,” Ray said. “Even though he beat me the first time, I thought that he would be a lot better than he really was. And beating him twice after that obviously gives me confidence.”

Confidence enough that he went right back to the gym and prepared for that UFC call that he hoped would coincide with the promotion’s first visit to Scotland in July. It came a little earlier.

“I was kinda hoping that I would hear for the Scotland show, but I was training anyway, just in case there were any pullouts on UFC cards, especially the Poland one,” he said, with his wish being granted when Jason Saggo was forced out of this week’s bout due to injury. “It felt amazing and I thought I’d take this one and hopefully get on the Scotland card as well.”

He laughs, obviously happy with being only the third Scot (behind Robert Whiteford and Joanne Calderwood) to grace the UFC roster, but not about to get complacent.

“I’ve had to make a lot of sacrifices, but now that I’m in the UFC, it isn’t over yet,” he said. “I’ve still got to go out and try to make some money and put on a good performance.”

A post-fight performance bonus wouldn’t hurt with a little one on the way for the Ray family, but beyond that, “Braveheart” knows that finally making it to the UFC isn’t just a dream achieved for him, but a Ray (pardon the pun) of hope for those who now stand where he once did.

“I think one of the main things when seeing guys from Scotland getting signed (to the UFC), it brings up the sport,” he said. “There are guys that may train and give up, thinking that it’s just a dream, and I’m sure there’s probably a lot of people out there that are even surprised that I’ve been signed, just not knowing how good I was. But I think it gives everyone a bit of confidence to just know that if you stuck to your goals and your dream and you’re focused and determined, then you can get there.”