Steve Garcia made his UFC debut in February 2020 against Luis Pena. It was a fight he took on short notice, but he left a good impression before losing a three-round decision to “The Violent Bob Ross.”

“I've been hiding behind a rock, just waiting for my opportunity,” he said when asked where he’s been since his lone visit to the Octagon. “That's pretty much it.”

Well, there were the usual medical issues that come along with the fighting life, one of which prompted him to make the decision to stay at 155 pounds for the foreseeable future, and truth be told, he’s okay with life as a lightweight.

“I got a taste of lightweight and it wasn't a bad taste,” said Garcia, who largely competed at bantamweight over the course of his career. “It (the Pena fight) was definitely something I think I could have managed a lot differently, especially with a camp, but I just had a four-day notice. A few moves differently, I probably would have come out with that win. But you keep moving forward and now I'm here and I got Charlie Ontiveros and he's the next person in front of me, so that's what we got.”

And that’s all that matters for the 29-year-old. He’s back, he’s got a fight, and he’s thinking about today and the future and not his year-plus on the sidelines.

That’s good news for him, his wife and two kids, and for the fans who have watched the Albuquerque native compile an 11-4 record that includes a first-round stoppage on season three of Dana White’s Contender Series. The “Mean Machine” didn’t get a UFC contract that night in Las Vegas, but after an LFA win in January of last year, he got a couple weeks to relax before getting the call. And that’s where he’s at, ready to get back to work, or should we say back to his day job, as it was his gig as an accounting assistant for an insurance company that filled the time while he waited to return to the Octagon. 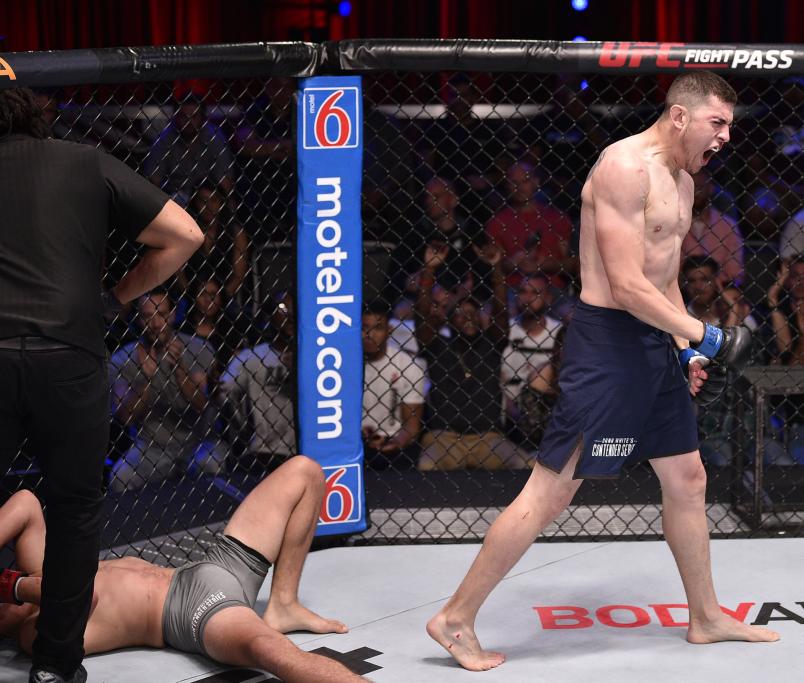 That, and welcoming his son into the world with his wife in May 2020. Add in their eight-year-old daughter and a seemingly endless array of cousins, and Garcia had a support system and a half over the last 20 months.

“I have a really big family,” he said. “My dad has six brothers and sisters, so all my cousins, we all get together and we go camping and go to each other's houses and we hang out and it's always a good time. My family were more of my friends growing up and now, and being at the gyms, those are my brothers and sisters, too. They're family, too, but in a different way.”

RELATED: Saturday's Fighters On The Rise

Having all those people in his corner has left Garcia with plenty of motivation but also a responsibility to not let them down. It’s a far cry from when he started in the fight game as a teenager, which was simply for self-defense reasons. 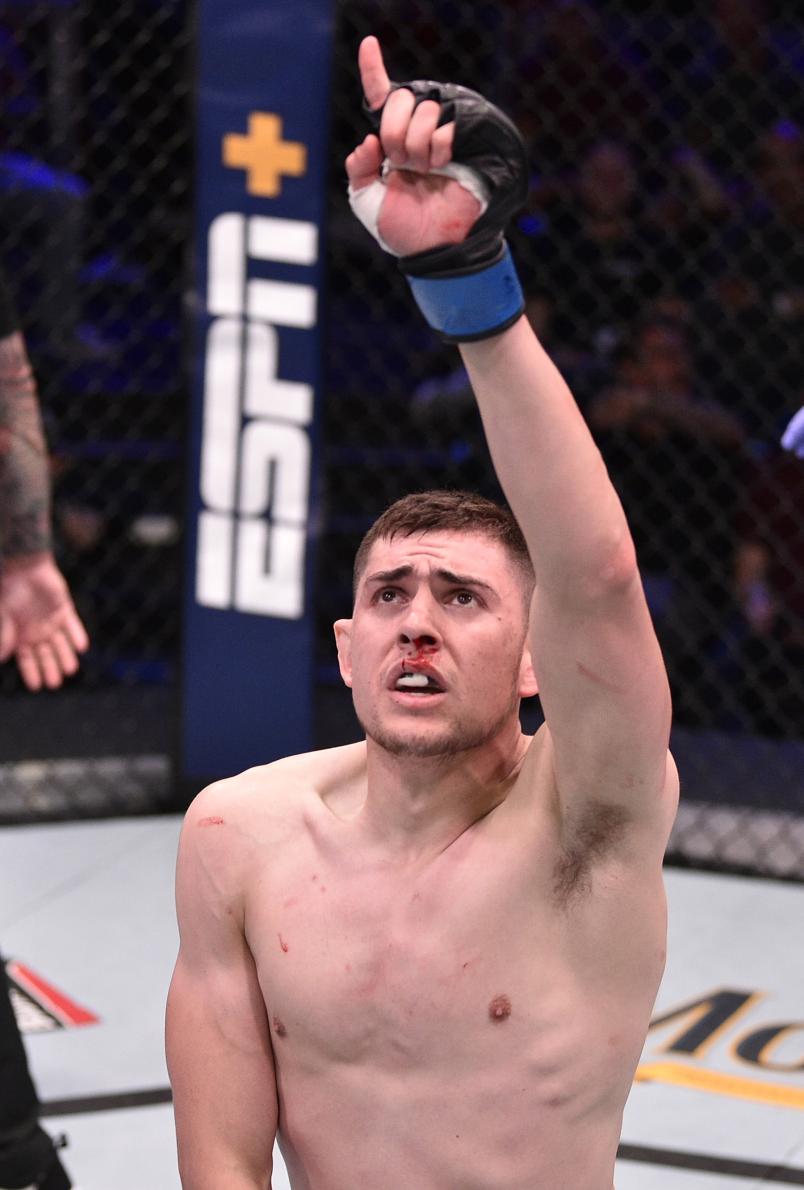 “And literally that night, my dad runs into him at Walmart,” Garcia continues. “So I said, ‘All right, I gotta go.’ The next day, the first thing I learned was a rear naked choke, and I didn't know what I was doing, but he showed me how to do it and I did it. And I was just hooked. It was so much fun and it was history after that.”

Fifteen pro MMA fights are in the books, and he’s on the roster of the biggest promotion in the sport. Not bad, but while Garcia, a former baseball player and drummer, could probably do whatever he wants to do in life, he has put too much into prizefighting to stop now.

“I put too much time and effort into my fight game, that for you guys to not be able to see it, that would be a shame,” he said. “I'm 29 now and I've been training since I was 15 years old. I put a lot of time, a lot of money into this; my family's put in a lot of time and money into this career, and I'll always be able to work, no matter where I'm at. But all I know is that this sport's gonna pay me back. I've paid a lot of dues for this sport, and it's time to start my rise up to the top. Whether it's slow or it takes off, I'm not sure, but I'm gonna chip away at this and it's gonna go in the right direction. To let it slip away or not give it everything I got, it would be a shame. So I'm gonna do all I can for it.”