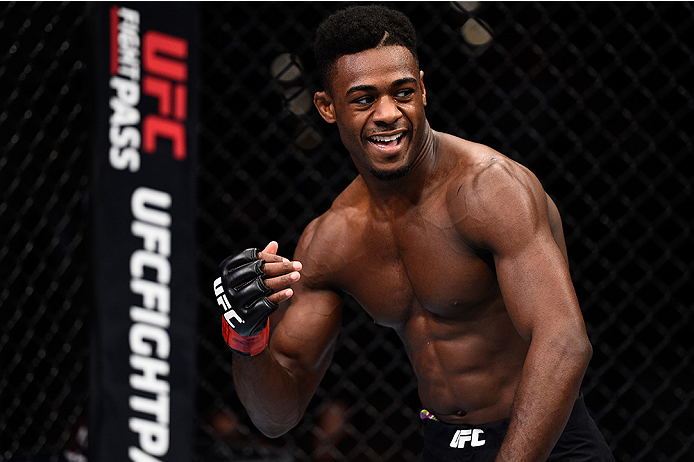 When Aljamain Sterling arrived to the UFC in early 2014, he did so with a game plan in mind.

The Serra-Longo product knew it would take a few fights to earn him a top 10-ranked opponent, and that’s precisely what he received after earning back-to-back victories in his first two showings inside the Octagon. After the bout against Takeya Mizugaki was set, the 26-year-old Long Island native shifted to the next phase of his plan, and his attack on the next tier of the bantamweight division began.

Following memorable submission victories against the Japanese veteran and Johnny Eduardo, the “Funk Master” has re-upped his contract with the UFC and has taken aim at the coveted upper tier of the 135-pound ranks. In his mind, there may be a handful of fighters currently ranked above him on the roster, but they all now have targets on their backs.

While Sterling has dropped a few social media bombs at one potential opponent, the savvy wrestling ace is set on making a run at the divisional crown and wants to make a previous title challenger and perennial contender the next addition to his resume.

“I’m ready to set my division on fire,” Sterling said. “Right now I’m patiently waiting for my next opponent but I’ve taken matters into my own hands and decided to call out Michael McDonald. I think that would be a fun fight for the fans and a great fight for the division as a whole. We are both main card-caliber fighters and I think they should put us in there together and see who goes down. I believe this is the fight to make.

“That’s not a fight he wants, because he knows I’m the toughest matchup for him in the division,” Sterling added in regard to his failed call out of Bryan Caraway. “He wants to fight guys he can go in there and out-grapple and that isn’t going to happen with me. But, at the end of the day, I get it. Getting beat up is no fun, so I understand why he doesn’t want to fight me. I still throw a verbal jab out there at him any chance I get though.”

With an undefeated record and a growing profile outside of the Octagon, Sterling has shown the potential to become the next big thing in his weight class. At the current time, the bantamweight ranks have a handful of recognized talent in champion Dominick Cruz, Urijah Faber and former titleholder TJ Dillashaw, but beyond those three fighters, there is a gap in recognition with fight fans.

Sterling is adamant he can close that distance and do so with the same style and dominance he’s shown during his four performances under the UFC banner. And while his work thus far has him on the verge of writing the biggest chapter of his young career, the former prospect turned contender believes his 2016 campaign will be his best yet. 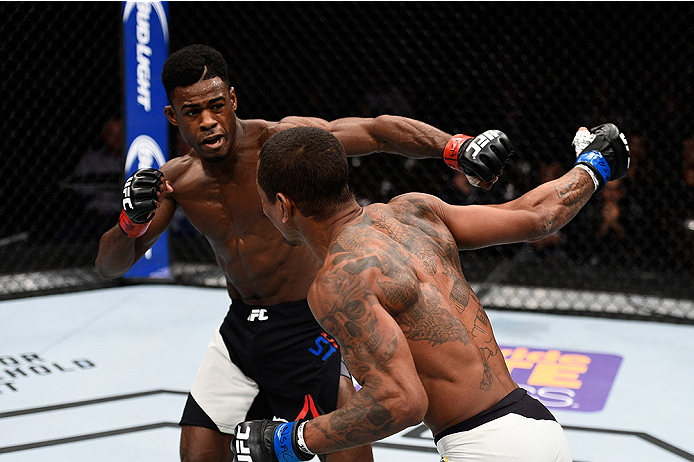 “I absolutely think I can be the star of this division, because with that comes more eyeballs and more money and that’s what ultimately everyone is getting into this sport for. Everyone wants that golden dream where you can build a legacy and become a legend, but make enough money you can put away for whatever it is you want to do when it is all said and done. A career in this sport doesn’t last very long and I’m trying to make the most of mine.”

Even though Sterling’s next bout and opponent are yet to be set, that hasn’t changed his approach to the fight game. The New York native recently returned from Hawaii, where he worked with featherweight contender Max Holloway and company in an attempt to round out his overall game by getting different looks and keeping his progression running full throttle. Everything in Sterling’s life is tied to the concept that the amount of hard work invested will pay off in the results that are produced, and that mindset has brought him a long way in a very short amount of time.

That said, the ultimate goal is still yet to be achieved, and make no mistake about it, a world title for the man with a thousand nicknames is certainly on his agenda.