Sterling on opponent Johns: 'It's not his time' 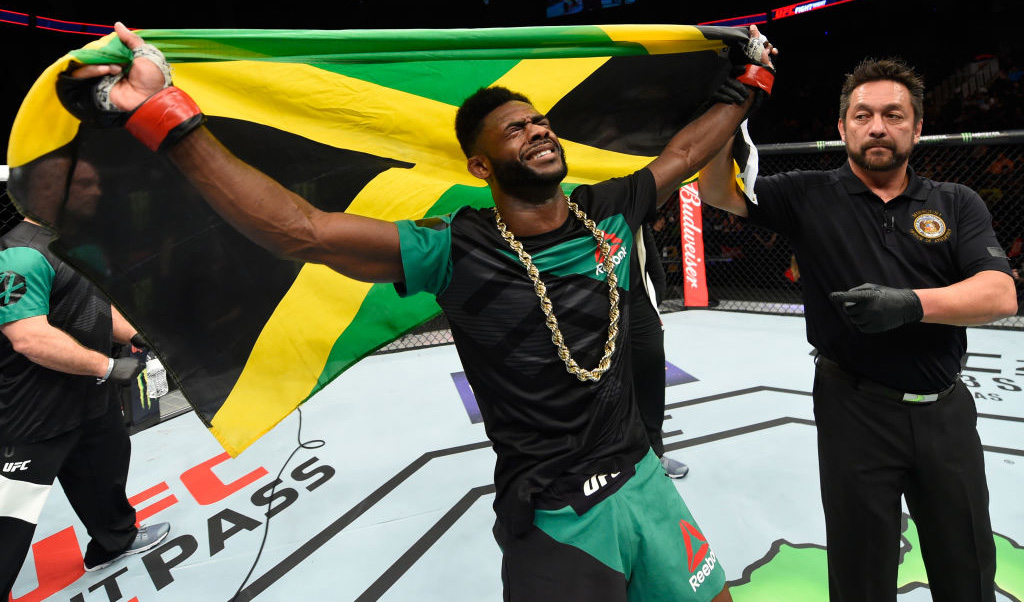 Most times when people utter the phrase “timing is everything,” they’re speaking about something positive that happened in their lives because they were in the right place at the right time or made a decision that kicked off a series of events that resulted in good things transpiring.

But like almost everything in life, there exists a flip side to the familiar saying; the “glass half-empty” take on the common turn of phrase.

The last time Aljamain Sterling was in the Octagon, the bantamweight contender rushed a takedown and ended up flat on the canvas after catching a knee to the head courtesy of Marlon Moraes.

His timing was off and he paid for it instantly.

“It’s a game of inches,” said Sterling, who returns to action this weekend against undefeated prospect Brett Johns. “Everybody knows the same stuff. We all know how to throw flying knees and low kicks, but it’s all about how you set everything up.

“If you go back to that Marlon Moraes fight, I forgot what it took to get me to that position and I didn’t let the finish materialize. I tried to skip Steps A through Y and get all the way to Z and it’s one of those things. You’ve just got to stay patient and try to put on a show as best you can.”

The ironic thing about Sterling trying to rush things in his bout with Moraes is that for much of his career, fans and critics have been on the Serra-Longo Fight Team member for being too patient inside the cage.

Since entering the UFC as an unbeaten prospect a little over four years ago, seven of Sterling’s nine Octagon appearances have made it to the third round and five went the distance, including each of his four performances prior to facing Moraes last December.

Though he collected a trio of finishes following his debut victory of Cody Gibson, his “take what my opponent gives me” approach has long drawn the ire of fans who recognize his potential and want to see the 28-year-old open up and be more aggressive inside the cage.

Sterling is acutely aware of the criticisms and has been working to let his strikes go a little more freely, but he also knows that his best results have come when he’s taken his time and allowed his opponents to make critical mistakes.

“I was criticized a lot in the beginning of my UFC career – people saying I throw one-off strikes and I don’t throw combinations,” he began. “I pay attention to these things and I criticize myself for that as well, but the reason that’s the way I fight is the reason why I have been able to finish guys.

“Guys get overzealous trying to come in, trying to finish and I always end up putting them on their asses. Either I get the TKO or I pass the guard and get submissions and I have to get back to that.”

Sterling gets the opportunity to get back into the win column this weekend in familiar territory as he takes on Johns in Atlantic City, where he boasts a perfect 6-0 mark.

Though he’s not superstitious, getting the chance to compete close to home and somewhere that he’s enjoyed a great deal of success definitely played in his decision to accept a spot on Saturday’s Fight Night card at Boardwalk Hall.

Getting the chance to do it against the surging Welsh prospect who called him out was an added bonus.

“One of the reasons why I decided to get on this card was because it was going to be in my backyard,” said Sterling, who resides a few hours north via the Garden State Parkway in Uniondale. “I know a lot of people come out to watch and being back home, it’s like my old stomping grounds.

“That’s where I held the belt for Ring of Combat, held the belt for Cage Fury and I’m just excited to put on another show for the Atlantic City fans and send this guy back home on a long flight home after calling me out.” 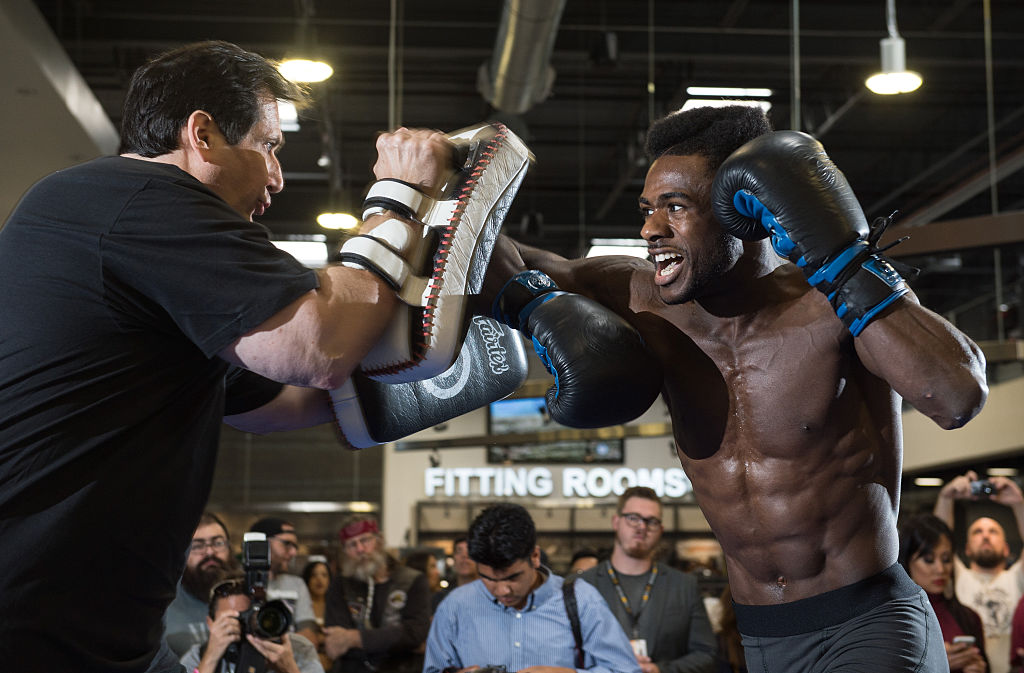 The 26-year-old Johns is one of the top prospects on the UFC roster, having collected a trio of victories in his first 13 months with the promotion to push his record to 15-0 overall. Last time out, the man from Swansea earned himself a Performance of the Night bonus for completing one of the top submission finishes of the year when he forced Joe Soto to tap to the second calf slicer in UFC history just 30 seconds into their fight last December.

It was a brilliant finish of a battle-tested veteran – one who has an excellent submission game and a penchant for leg locks himself – and propelled Johns into the Top 15 in the 135-pound weight division. Now he’s looking to crack the Top 10 by pushing his winning streak to 16, but Sterling has no intention of letting that happen.

“Brett Johns is a tough dude, I already know this, but I honestly feel like it’s not his time and he’s not ready yet,” he said. “I feel like he’s riding a little high on that horse from that calf slicer.

“I go with the best leg lock specialists in the world constantly, rolling with the John Danaher Death Squad, Matt Serra’s black belt protégé Jason Rau, James Gonzalez. I’m not worried about any of that s***.”

Part of why Sterling is confident is because he’s familiar with the position Johns is in heading into their showdown, having occupied the same spot just a couple years ago when he was the unbeaten upstart coming off a big win and full of swagger.

Things didn’t go his way back then and he plans on making sure they don’t work out for Johns this weekend either.

“I think stylistically, this kid is a little in over his head in terms of what he brings to the table. I was that young, ambitious kid as well. I remember being undefeated and calling out Bryan Caraway and I took a tough loss and I wonder if he’s ready for that next upper echelon of talent?

“I think I can take the fight wherever I want it to go,” he added. “I already know what he’s thinking – he’s either going to want to test my chin because of the last knockout and if he tries to do that, he’s in for rude awakening, and if he lets me get the takedown first, it’s going to be a long 15 minutes or less, I guarantee that.”