When talking to Aljamain Sterling about Saturday’s bout against Marlon Moraes, it’s like hearing a coach break everything down. The emotions of a prizefight are taken out of the equation and it’s all about the techniques, tells and keys that will allow the New Yorker to pick up his third consecutive win and seventh since joining the UFC roster in 2014.

It’s that analytical nature that has taken Sterling into the top ten of the bantamweight division, and as he’s progressed in his career, he may have gotten even more so, leaving much of the other trappings of fighting at this level aside.

“These days, I honestly haven’t really been checking MMA sites like I used to,” he said. “I’m not gonna beat myself up over what guys think about my striking or my kicks. As long as these guys are talking, that’s a plus for me. And if they’re not talking, that’s when I know things are starting to go south.”

Plenty are talking about the No. 8-ranked Sterling, who snapped a two-fight losing streak with back-to-back wins over Augusto Mendes and Renan Barao that have him in a good place as the year comes to a close. And while he was originally scheduled to face grappling wizard Rani Yahya this weekend in Fresno, instead he gets the No. 7-ranked Moraes. It’s a better situation for Sterling if he wins, but it was a fight that provoked some discussion between both fighters’ teams.

“We haven’t trained together, but we have very close coaches, and we have an unwritten rule where we don’t fight each other,” said Sterling, whose coach Matt Serra came up with Moraes coach Ricardo Almeida under Renzo Gracie. “But push came to shove and we have one guy who opted out of fighting either one of us, so this was the only matchup that really made sense. He wants the fight, I want the fight, he’s stepping up on short notice for me, even though he’s coming off a previous training camp, so it’s a win-win for everybody. And the coaches allowed it. It’s not the fight we were chasing, but we knew at some point we would have to fight each other.”

That point is now, and in addition to it making sense for both contenders, it’s also a compelling style matchup, given Moraes’ striking and Sterling’s grappling. But Sterling feels like he’s seen Moraes already.

“I think Marlon Moraes is another version of Renan Barao, but with more leg kicks,” he said. “I think he’s exactly the same 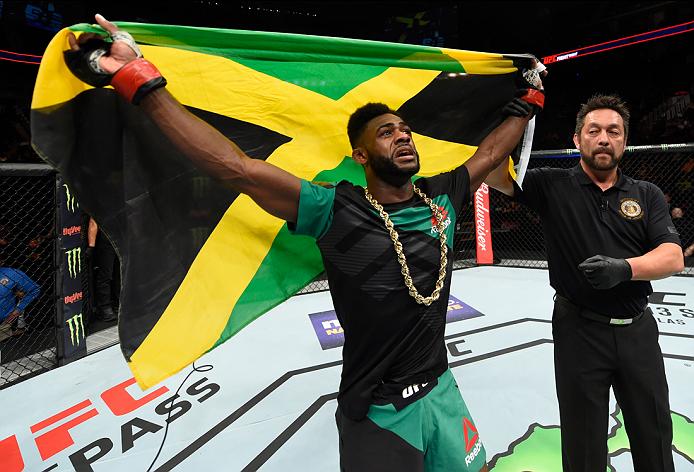 fighter. He’s very good on the ground off of his back with jiu-jitsu sweeps and using the leg lock to get back up, butterfly guard and things like that. He holds position on top and doesn’t really do too much, and if you give him an opening, he’s gonna capitalize. In the striking department, he has a very high guard, the same exact stance, same exact movement. I think I’m fighting a more highly-touted version of Barao. When I beat Moraes, I want to hear what the haters are gonna say this time.”

The 28-year-old says that because despite beating Barao, a former world champion who was on the pound-for-pound list just a few short years ago, he really didn’t get the bump from the fans and media that such a victory should have produced because many believed the Brazilian star is past his championship prime. But Sterling thinks he was always a bad matchup for Barao.
MORE FROM FRESNO: Cub Planning Beautiful Destruction | Ortega Fears No Man | Moraes Wants to Fight the Best

“I knew when he was the reigning champ that I was a difficult matchup for him, and the same things that TJ (Dillashaw) was able to exploit, I knew if I got my shot at him I was gonna be able to do the same exact thing, and sure enough, I got my shot and that’s what I did.”

And with Barao in the past, it’s on to the next one.

If he pulls off his prediction, it concludes a successful 2017 and sets the stage for an even better 2018. And after a rough 2016 campaign in and out of the Octagon, he’s earned it.

“It’s been awesome to be super active in 2017,” he said. “2016 wasn’t a good year for me, and I’m just happy with the place I’m at in my life right now. I’m more content with what I have, I’m building on what I’ve got and I want to keep rising to the top. And hopefully 2018 can be just as good as 2017 was and I think the best way for me to start 2018 on the right foot is to end this year with another win, make it three in a row and line myself up for a potential title shot.”