Stephens prepared to welcome Barao to the division 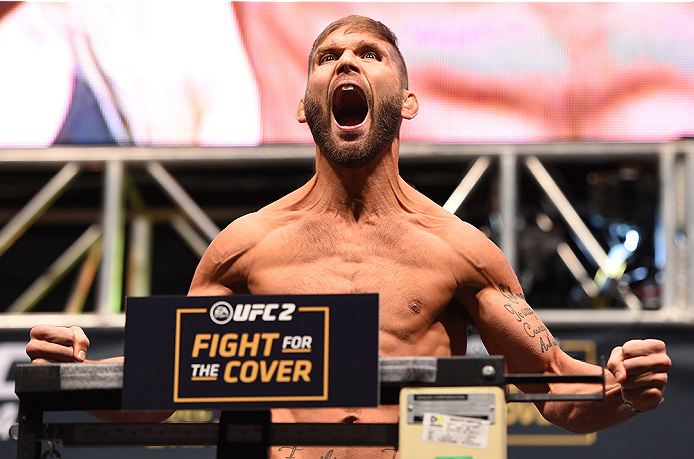 Jeremy Stephens isn’t the guy anyone wants to see when making their debut in a new division. The answer is clear with one look at the highlight reel of the “Lil’ Heathen,” one that has seen him knock out top-level opponents at featherweight and lightweight.

So what is a former bantamweight like Renan Barao not ready for when he makes his 145-pound debut against Stephens this Sunday?

“He ain’t ready for the ‘Heathen,’ my man,” Stephens laughs. “He’s not ready for a guy who’s just as experienced, and has fought champions and top contenders. He’s facing a heavy hitter, a very scary dude, a guy who doesn’t give up, who has heavy hands and heart, and a guy who relishes opportunities like this. This is a great opportunity for me, I’m taking full advantage, and I’m very well prepared for this.”

If there is an inkling of doubt in the mind of Stephens when it comes to the outcome of his bout with the Brazilian star, he’s not showing it. In fact, he sounds almost giddy when discussing the bout.

“I welcomed Marcus Davis when he dropped from welter to 155, and these are the fights that I want – big fights, big names and big paydays,” he said. “So him coming up is awesome. I’ll be more than happy to put him under my belt. He’s a good name to beat, he’s a former world champion and he’s done a lot of great things for the sport, but I feel like his time has come and gone.”

The 29-year-old Barao enters the matchup with a 1-2 slate in his last three, with a pair of defeats to TJ Dillashaw, the first of which cost him his bantamweight title. Stephens’ recent record is spotty as well, as he’s gone 1-3 with a knockout of Dennis Bermudez and decision losses to Cub Swanson, Charles Oliveira and Max Holloway. But if this is a crossroads bout, Iowa’s Stephens plans on rolling through with an 18-wheeler.

“I know the situation Renan Barao is in,” he said. “I’ve been hungry, I’ve been motivated in the gym, I dealt with the mindset of having my back against the wall, and you’re looking to come up huge. I’m sure he’s looking to put on a good performance, but it’s not gonna be his night. I’m not the guy to be fighting on your first move up to 145 pounds.”

The confidence is there. The power never leaves. But does Stephens still have what it takes to compete at the top level of the division? As a newly-minted member of the 30-year-old club, he believes the best is yet to come. And for the record, turning 30 isn’t a touchy subject with him. 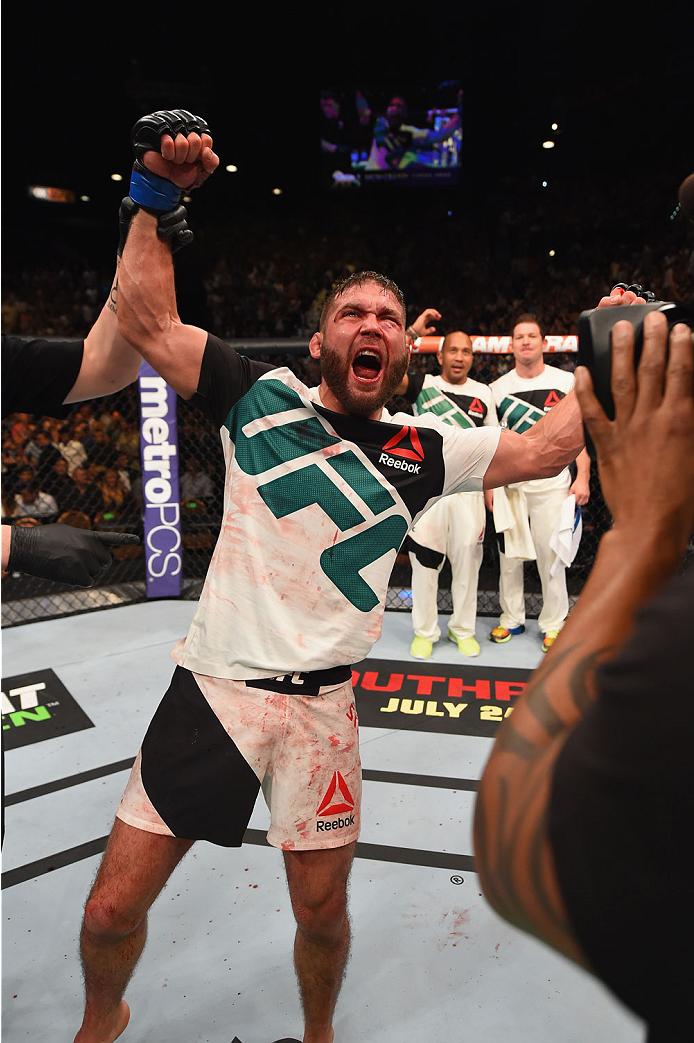 “That’s not touchy, that’s awesome,” he laughs. “I’ve been healthy, I’ve not taken a lot of damage over the years, and I’ve been the one delivering a lot of damage, so I’m happy. I’m healthy, I love this sport, I love fighting, I love traveling the world, I love the UFC, and I’m still in love with everything that I’m doing. It’s working for me, and I’m still right there in the mix. I want to be world champion. I’m fighting a lot of the top guys all the time, and I love it. This is amazing. I don’t feel 30. I feel like I’m 22, to be honest. This is just another step in that journey.”

It’s been quite a journey for Stephens, and as an 11-year pro who has nearly 40 pro fights, it’s easy to get caught up in the day-to-day grind and not take time to appreciate the ride. As the quote above demonstrates, Stephens, a father of two, is counting his blessings, something that hit home when friend and former training partner Jordan Parsons was tragically killed by a hit and run driver in Florida earlier this months. He was only 25, and his death was a reminder to the Iowan to not take anything for granted.
RELATED CONTENT: Rogan previews Stephens vs. Barao | The matchup | Fight Night on FS1 Sunday

“This is a blessing,” he said. “Guys like me weren’t really supposed to make it out and I made choices and decisions that were positive, and they were decisions that really affected the outcome of my life. Recently I had a buddy of mine who I used to train with, Jordan Parsons, lose his life in a hit and run, and it occurred to me that he was 25 years old and him being gone, it’s ‘Whoa.’ You can be here one day and the next day be gone. So I take every fight like it could be my last. There’s a sense of urgency, and I need to go after it and do everything I can do, make as much money, do as great as I can each and every single day, because today might be my last day here.”

That attitude will always make Jeremy Stephens a tough man to beat. If you do beat him, you earned it and you will know you were in a fight. But Stephens has no intention of losing again. Not Sunday, not ever.

“This is war,” he said. “This isn’t a sport. In fighting, you really learn what type of person you are. If you get hit, are you a coward? Do you curl up and just fold? Do you give up or are you somebody who fights back and leaves it all in there? It’s a real spiritual thing for me, and while I’m grateful for everything I have and everything I’ve done, I’m not done yet.”