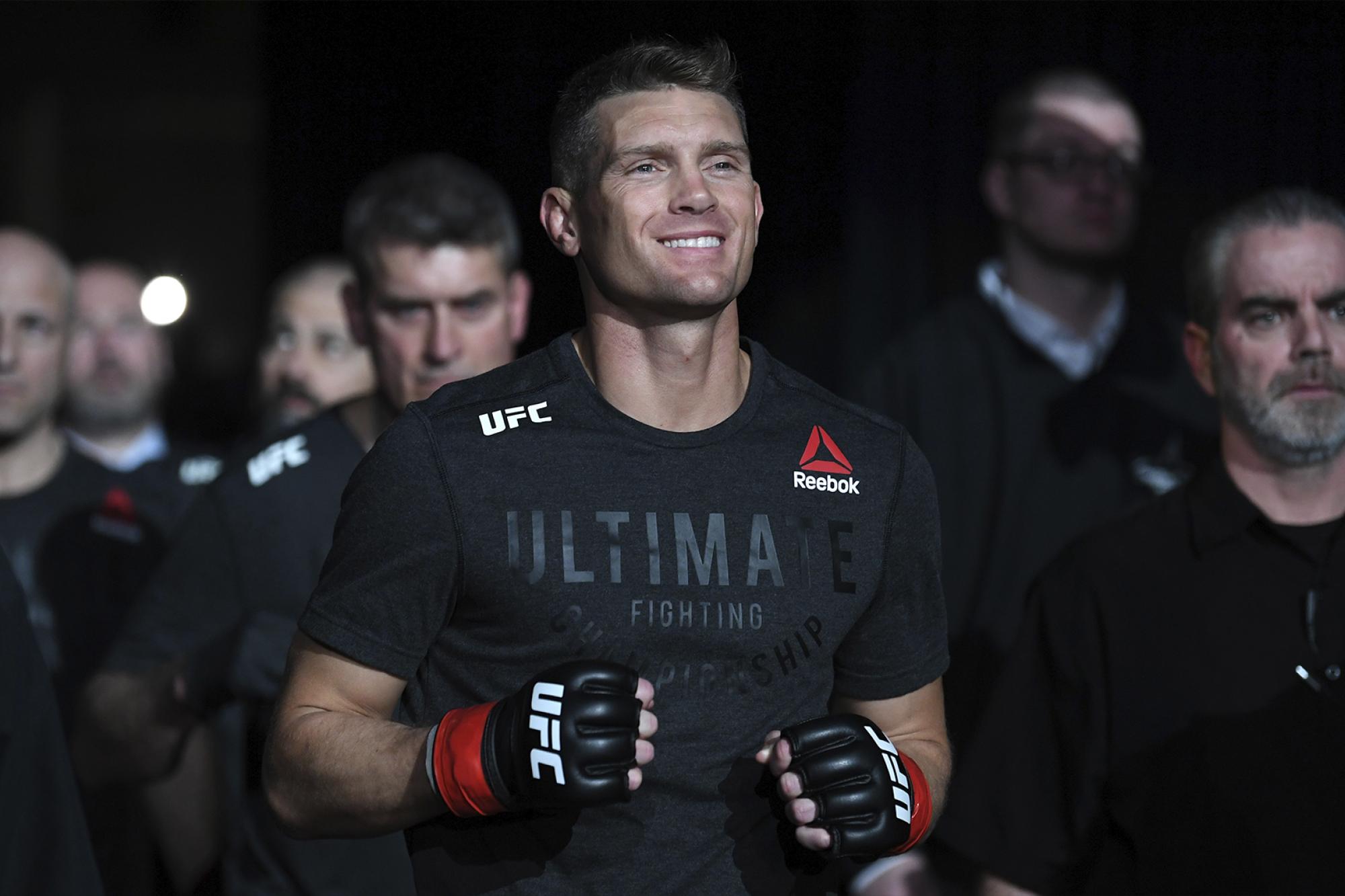 Stephen Thompson is laughing while reflecting on suffering his first knockout loss. Everything was going well against Anthony Pettis until it wasn’t, and at the end of the fight, Pettis walked away with a second-round finish over Thompson. That said, Thompson is all smiles. His quick brushing off of that result isn’t all that surprising, but one aspect of the loss did stick in his mind a little longer.

“What bothered me for a little bit was I was wondering why I didn’t see that punch coming,” Thompson said. “Normally, I see these things coming. Why didn’t I see it? Going back and watching the fight, I can definitely see I was in a bad position, but I don’t sit there and dwell on it.”

Thompson’s general optimism and positivity is well-documented, but as “Wonderboy” chases his first win in nearly two years, one can beg to wonder how he keeps that demeanor.

For him, it’s rather straightforward, though not without its detractions.

“That’s actually easy for somebody like me,” he said. “I mean, I have a lot of outlets. My most important one is that I’m a fighter. I take my frustrations out on a bag or a sparring partner. That’s never fun, but I get a lot of those frustrations out that way. Some people don’t have those outlets. Maybe they don’t have time to go work out or whatever, but I keep a good core group of people around me, as well.

It’s that attitude that keeps Thompson’s head in the right place. He acknowledges that burnout is a reasonable side-effect, considering that he has competed in martial arts of some form since he was 15 years old, but now, at 36, each loss fans the motivational flames. Moreover, although his record shows four losses and a draw, Thompson feels like he has only really lost two of his fights: his most recent one to Pettis and a unanimous decision defeat to Matt Brown at UFC 145.

Instead of letting the disappointment stew in his mind, Thompson returns to the Octagon in his adopted second home of New York City to take on a streaking Vicente Luque, who is on a six-fight winning streak that includes five finishes, two Fight of the Night bonuses and a Fight of the Year contender from his bout with Bryan Barberena.

Thompson said the prospect of fighting Luque is “very fun” and called it a classic battle of a Dutch kickboxer versus a karate practitioner. He stylistically compared Luque to main-event fighter Jorge Masvidal, whom Thompson beat via unanimous decision the last time he fought in New York City. Always eager to laugh at himself, Thompson is all-business when he describes his goals around this bout.

“This go ‘round, he’s going to be on the receiving end of the knockout, for sure,” he said.

That’s a tall order, considering Luque has yet to see defeat via knockout, but a motivated Wonderboy is as dangerous and diverse a striker as anyone on the roster. While his last finish came more than three years ago, he is eager to deliver under the lights at Madison Square Garden.

“Stepping out there in Madison Square Garden in front of the fans is definitely one of the scariest moments of your life and exciting moments of your life at the same time,” Thompson said. “You’re at such an epic venue, and the crowd in New York City is just on another level of places I’ve fought at. It can be kind of intimidating, to be honest with you, but I use that as energy, as fuel to fire me up to step out into that Octagon.”