At 38 years old, “Wonderboy” enters his UFC 264 bout with Gilbert Burns hungrier than ever to stake his claim as the next man to challenge Kamaru Usman for the welterweight title. His constant pursuit of UFC gold has driven him to become “comfortable with being uncomfortable” and that’s a big reason why he’s feeling like now is truly the time for his title run.

One area where Thompson doesn’t want to feel too comfortable is the pre-fight nerve department. As a matter of fact, he believes the day he doesn’t feel nervous is the day that he should stop making that walk to the Octagon.

“I’m good at hiding it, for sure, but it doesn’t matter who I face, it could be the lowest ranked somebody in the UFC to the highest, I still get the nerves,” Thompson told UFC.com. “I feel like once that disappears you need to hang it up because you’re not as aware and on point as you should be.”

“On point” is certainly what Thompson has been in his last two bouts against Geoff Neal and Vicente Luque. He delivered masterful striking performances against Neal and Luque, proving that even the best up and coming prospects in the division didn’t have the stuff to get past the King of Simpsonville, South Carolina.

Those impressive victories set the stage for a showdown with Burns, who is coming off a loss to Usman earlier this year. The matchup feels a bit old school, as it’s the classic striker versus jiu jitsu showdown.

But that’s not how Thompson sees the fight with Burns. He believes that Burns has much more to him than a world-class ground game.

“Everybody knows he has got good jiu jitsu and everybody knows I have good striking; the thing is that every fight starts standing up. I look at him as just one of the best MMA fighters; he’s got good hands, too, and he will knock you out in a heartbeat. I’ve seen him do it to people time and time again, and he could take you to the ground,” Thompson said of Burns. “That’s why I love this game. I see it as an MMA fighter versus an MMA fighter because I’ve improved my ground game, I’ve improved my wrestling, and I’ve improved my striking, as well. So, it’s really to see who has better improved their other skill sets coming into this fight.” 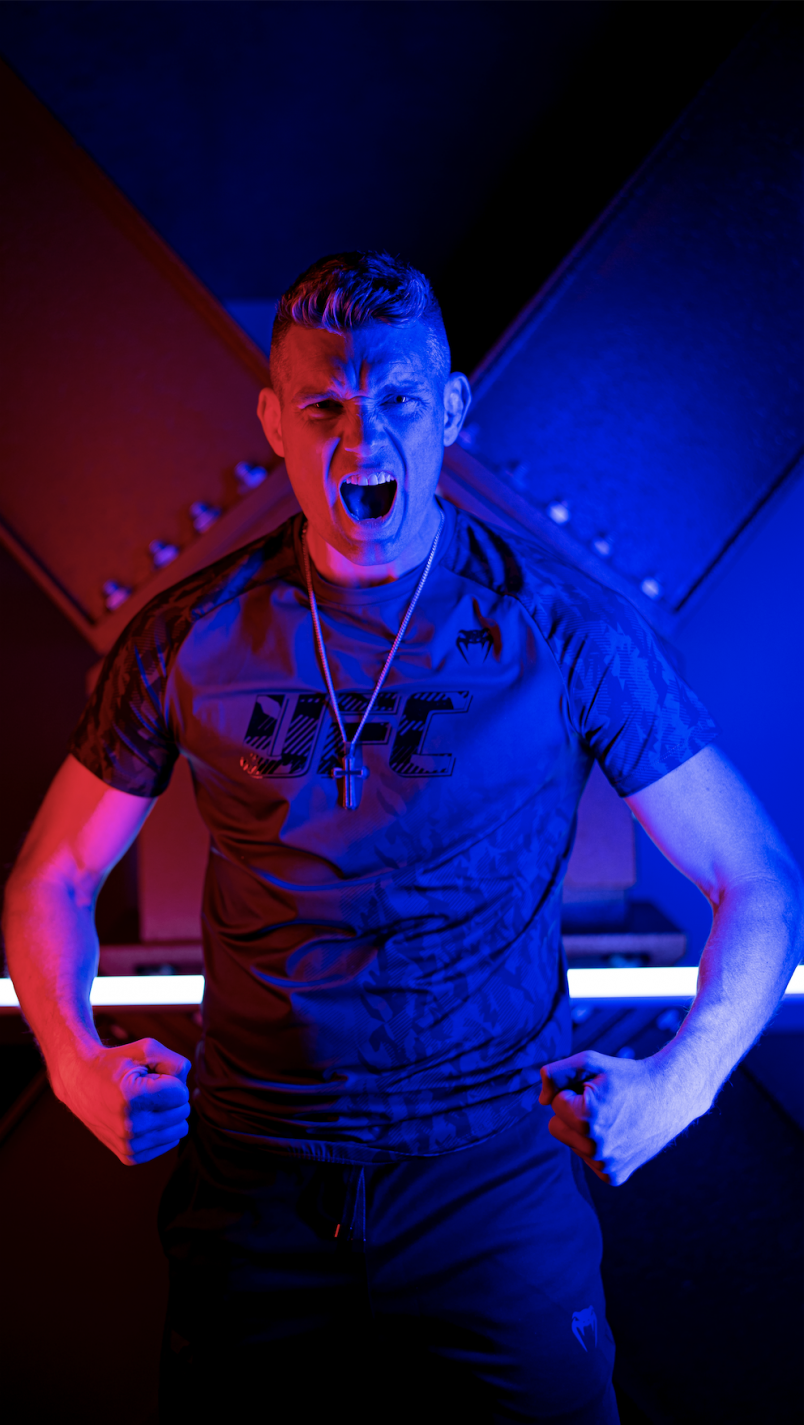 Improvement has been a big buzz word for Thompson and his camp in the lead-up to UFC 264. Getting better every day can be tough when you’ve amassed nearly 80 professional fights in your career, but complacency is an obstacle that Thompson has found a way to hurdle each time he’s hit a road black.

For this camp, Thompson focused heavily on finding the right mindset to face someone as tough and as skilled as Burns. After eight weeks of grinding in the training room and sprinting up the hills behind his dad’s house, Thompson feels like he’s found the sweet spot between being physically and mentally ready.

All that’s left for him to do is put on an incredible show for the fans inside T-Mobile Arena.

“I’m prepared for the hardest fight known to mankind come Saturday and that gives me confidence.”