'Wonderboy' Returns From Injury, Set On Reminding Everyone He's Still In The Mix
By Steve Latrell, on Twitter: @TheUFSteve • Dec. 17, 2020

After all the tumult of 2020, there’s something oddly comforting at having Stephen Thompson headlining a UFC Fight Night. Sure, the tumult is far from over, and sure, Thompson is taking on Geoff Neal in the main event because the original headliners had to be rescheduled. But humor me here. I’m taking this as a sign of cosmic course-correction.

“It does feel good,” smiles Thompson. “Even though it was originally three five-minute rounds, I always prepare for five; the championship rounds. My cardio is there, even though it has been a year. I’m ready to go out there and do some work and have some fun.”

All the destruction. The artistry. The karate. The respect. The sportsmanship. It’s a fitting fighter to draw the UFC’s wild 2020 campaign to a close.

The uninitiated might scratch their heads looking at Thompson’s recent UFC run, but as in every sport, the numbers don’t tell the whole story.

Controversial decision losses to both Darren Till and in a welterweight championship fight against Tyson Woodley were scored opposite that of many media and prognosticators. In fact, the only definitive loss in the career of “Wonderboy” was the only time he’s ever been finished: a KO courtesy of Anthony Pettis in 2019.

“I had some ups and downs the past few years with the two losses to Woodley and Till and getting knocked out by Anthony Pettis. But I just want to prove to myself, and to let the UFC and the fans know, that I am still going for the title and still in the mix.”

RELATED: Nothing To Lose For Geoff Neal

A stellar outing against Vicente Luque at UFC 244 was a glorious reminder of the damage Thompson can do when he feels free inside the Octagon. He didn’t keep it out of the judges’ hands, but the performance was vintage Wonderboy, and the effort earned him a Fight of the Night bonus. 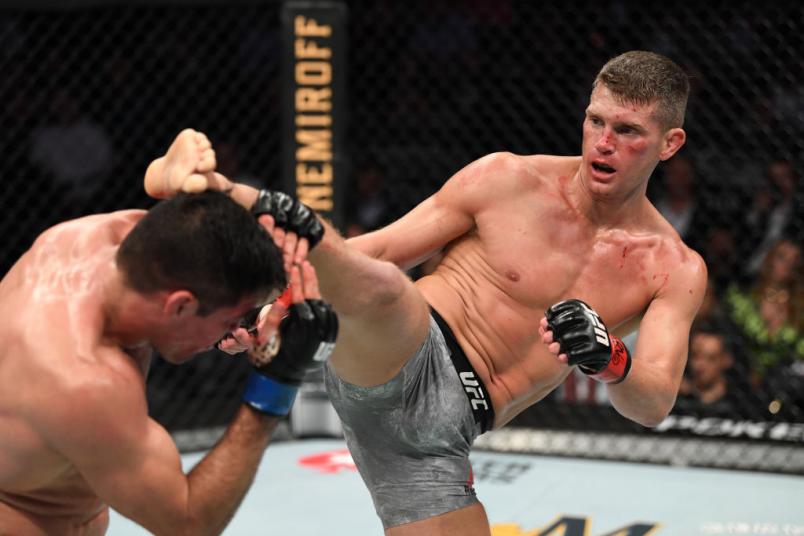 It was a valiant return to the win column, but it wasn’t without its consequences. Thompson broke both hands on the rock-solid Luque. A hiatus was inevitable, but nobody, particularly Thompson thought the layoff would extend over a year.

“I had to go through months of physical therapy to be able to make a fist again. I messed the tendons up and stuff. And then the pandemic hit.”

The pandemic hit, Thompson healed…and then he suffered a different sort of UFC injury.

“Then I was 100%, helping Chris Weidman get ready for his fight, and he ends up dumping me on my head!” Thompson’s brother is married to Weidman’s sister and, as he relates the story, he rolls his eyes with the special kind of annoyance only your family can provide. “It’s all your fault, Chris!” he whispers, half-joking. 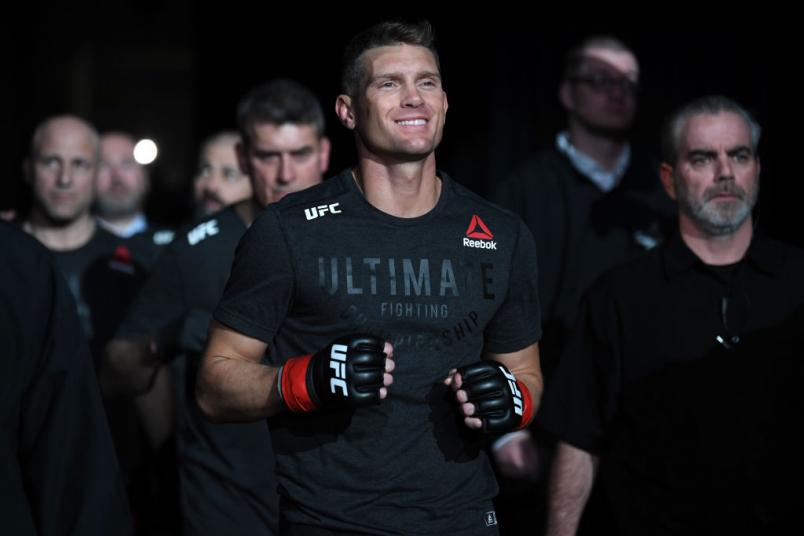 NASHVILLE, TENNESSEE - MARCH 23: Stephen Thompson walks to the Octagon prior to his welterweight bout against Anthony Pettis during the UFC Fight Night event at Bridgestone Arena on March 23, 2019 in Nashville, Tennessee. (Photo by Jeff Bottari/Zuffa LLC/

“I ended up tearing the cartilage in my collar bone, so that took me out. So I didn’t expect it to be this long. This is definitely my longest layoff yet. But I’m just glad to be back.”

He admits he was hoping for a match farther up the food chain upon his return, but a year is an eternity in this sport and the landscape he returns to looks a lot different.

“The welterweight division is kind of tricky at this point. Everybody is kind of waiting on what happens with [champion Kamaru] Usman and what’s going to happen with Gilbert Burns. There’s not a whole lot going on in the top five. There’s not really a whole lot to choose from, to be honest with you. I was trying to get somebody to begin with in the top five. I was poking at Leon Edwards a little bit on Twitter, but he wasn’t having it.”

At age 37, Thompson is well aware that his time to be champion is now. But he still sees the merit in taking fights below his No. 5 ranking. 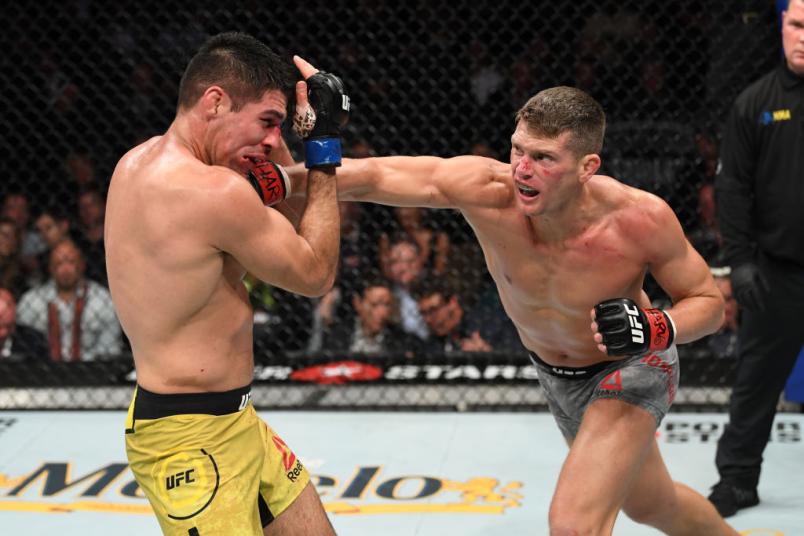 “Vicente Luque was on a seven-fight winning streak. These guys are up and coming, these guys are soon to be the faces of the UFC in the future, possibly be champions. So to be able to test myself against these guys now is just great.”

Giving dangerous young fighters a chance to come for everything you’ve worked for might seem like a flat-out lie if it were coming from anyone besides Stephen Thompson. But spend five minutes with Wonderboy and you’ll know he means it.

“I’m treating this fight as if it’s the champion that I’m fighting. Geoff Neal has got some power in his hands. He’s a big body. He’s a big welterweight. Strong. So I think he’s going to try to use that to his advantage in this fight, especially with it being in a smaller cage. I wanted to get a fight in this year, and Geoff Neal was it. He’s a tough, up-and-coming fighter, undefeated in the UFC. He’s been knocking dudes out, so he’s a very dangerous opponent. I was in his shoes not too long ago, trying to work my way up the division, and you had guys like Jake Ellenberger and Johny Hendicks giving me the opportunity. Giving that back, giving these guys the opportunity to work their way up? That’s awesome. Obviously, my goal is to go out there and win, but on top of that, going out there and giving these guys a chance.”