Short Notice Or Not, Bantamweight Welcomes Shot At UFC On Fight Island
By Steve Latrell, on Twitter: @TheUFSteve • Oct. 8, 2020

Stephanie Egger was enjoying her most recent victory the way so many fighters do: by eating. Egger still works in her family’s restaurant business in their native Switzerland and knows a thing or two about good cuisine. And, of course, in pure 2020 style, that’s when her call to the UFC came.

“I enjoyed my after-fight time. I ate a lot. And then I got the call from my manager: ‘You are in!’”

It was that rare combination of elation and terror. Elation that her dream of fighting for the premier fight promotion was finally coming true. Terror that the fight they had her set for, a short-notice bout against Tracy Cortez on UFC Fight Island, was a mere two weeks away. 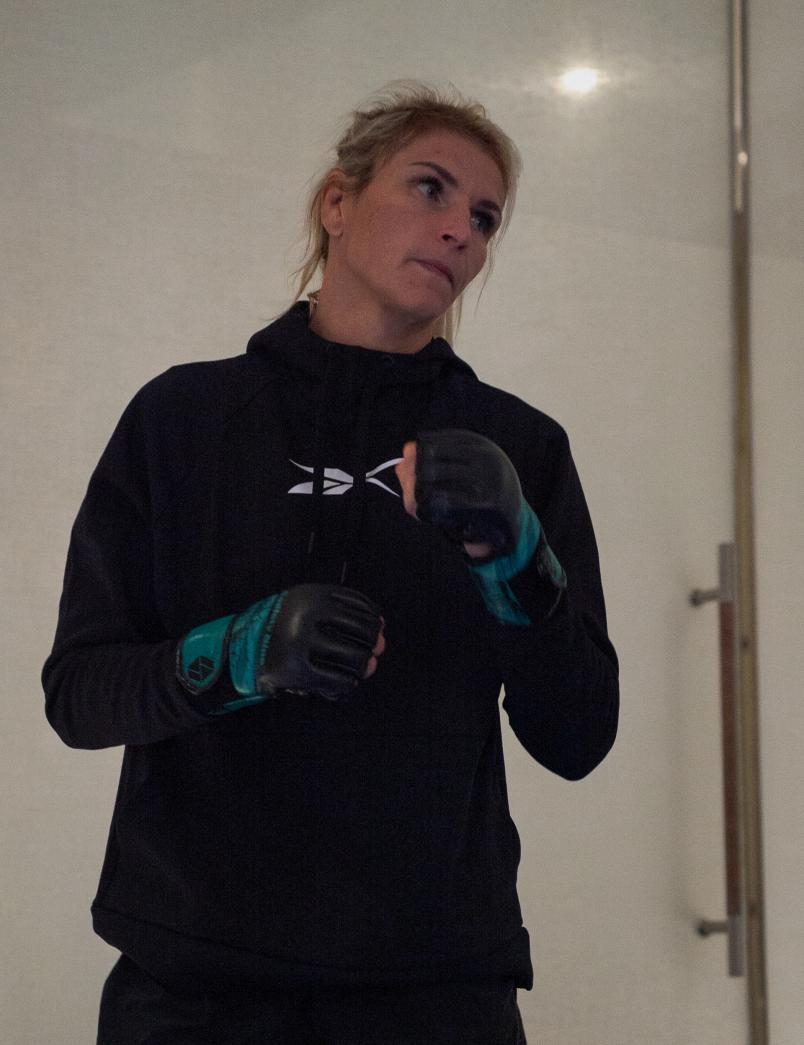 “The first step I took was to the scale and checked my weight,” she laughs. “It wasn’t that bad.”

Relaxed and smiling from the hotel in Abu Dhabi, Egger doesn’t seem concerned about weight any longer. In fact, she projects the confidence of a fighter that has always been here, despite her UFC debut marking just her seventh professional tilt. But even her short résumé is a notable, with appearances in both Rizin and Invicta FC, and a first-round TKO of UFC veteran Mara Romero Borella.

“I started with judo when I was a child and I was on the national team,” she says of a lifetime love affair with the martial arts. “I like fighting. I like the challenge to do standup, ground, wrestling, judo and put all the things together.”

A study of her career to date shows that the bantamweight excels in putting all the things together. Across six fights, two have ended by submission, two via TKO and two by decision. All of them different. But, like any assassin, she has a weapon of choice. 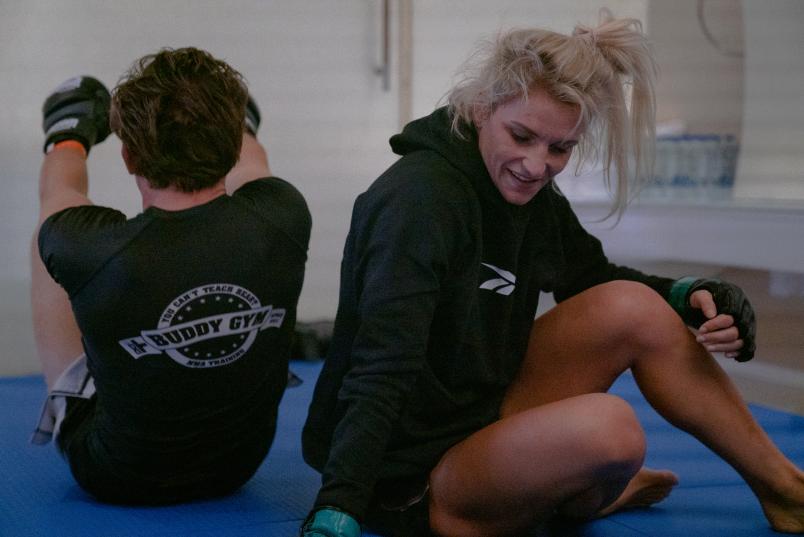 “It’s no secret I’m a grappler. I prefer to be on the ground” she confirms. “But if needed, I can do the standup.”

You can witness some of Egger’s grappling handiwork on YouTube, including her September fight at BMC 3 where she ended Cinja Kiefer’s night in the first round with a slick rear naked choke.

“I like to finish fights in the first round, that’s the best for me,” she laughs.

That recipe makes for a perfect-on-paper matchup for Arizona’s Cortez, who was looking for an opponent when Bea Malecki was forced out of their Fight Island matchup. Like Cortez, Egger has only one professional loss and is genuinely comfortable wherever the fight ends up. 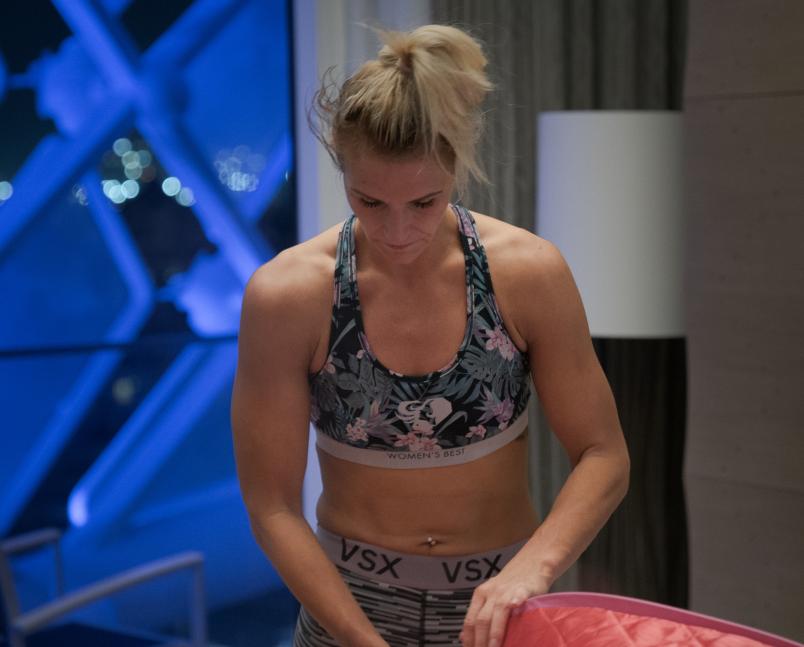 “It’s tough to say because I had just two weeks to check her out,” Egger says of Cortez. “But I think she’s a well-rounded fighter. She can fight in standup and also on the ground. So I expect a good fight.”

Like nearly every person on the planet, Egger’s ambitions for 2020 looked a lot different in January than they did in April when the pandemic hit.

Then there was a plot twist, and Egger now not only finds herself in the UFC but staring down the opportunity to get quick turnarounds in a crazy fight season. Suddenly those 2020 goals are right back in focus.

“For sure,” she says. “I want to fight and challenge myself against all the girls.”