Step-By-Step, Israel Adesanya Is Clearing Out The Middleweight Division

UFC Middleweight Champion Israel Adesanya Can Further Solidify His Place Among The Greatest By Continuing His Dominance Over His Division.
By Gavin Porter, On Twitter @ItsGavinPorter • Jun. 29, 2022

It’s only happened a select few times in UFC history, but when it has, it’s been an amazing ride to watch.

And that’s exactly how things have progressed with UFC middleweight champion Israel Adesanya.

The Nigerian-born mixed martial artist who fights out of New Zealand made his UFC debut in 2018 after an impressive kickboxing career, and he has been unstoppable at middleweight since stepping into the Octagon for the first time that day in Perth, Australia, winning 11 straight at 185 pounds. 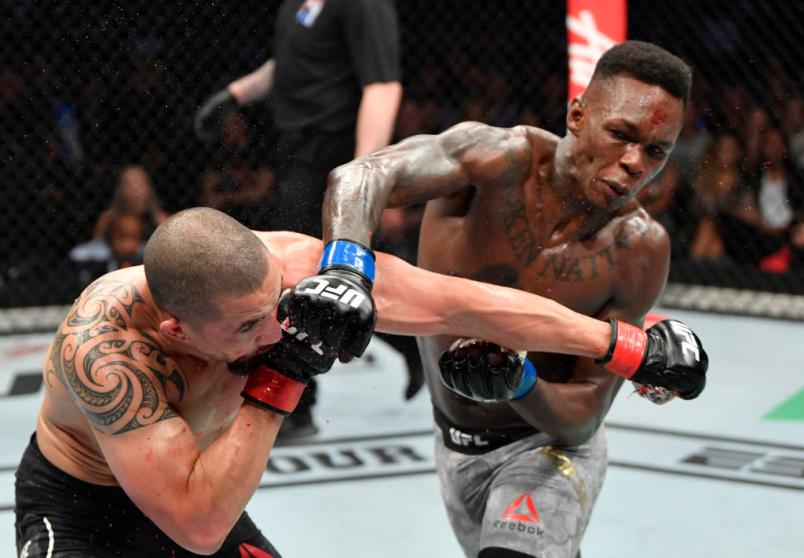 Robert Whittaker of New Zealand and Israel Adesanya of Nigeria trade punches in their UFC middleweight championship fight during the UFC 243 event at Marvel Stadium on October 06, 2019 in Melbourne, Australia. (Photo by Jeff Bottari/Zuffa LLC/Zuffa LLC via Getty Images)

His incredible run has cemented him as one of the best UFC middleweights of all-time and he’s only registered 12 total fights under the UFC banner. What’s just as impressive is the timeline that Adesanya has been operating on.

His 11 wins come almost exactly in the time span of four calendar years, making him one of the most active fighters on the roster. That level of activity is especially rare for a champion because competing as often as Adesanya does means facing the best of the best every few months.

Everything That's Happening In The Middleweight Division

But challenging and defeating the best in the world is what Adesanya does best. He’s successfully defended his belt on four occasions and is seeking to add a fifth ruby to his belt at UFC 276 when he faces Jared Cannonier on July 2.

A win over Cannonier would give Adesanya a resume that you almost have to give a double-take to appreciate.

Of the current UFC Top 15 ranked middleweights, Adesanya has defeated six of them so far and he has two wins each over Robert Whittaker and Marvin Vettori. Adding Cannonier to that list would give him seven wins over ranked opponents, not to mention the fact he holds victories over Yoel Romero and Silva, as well.

MORE ADESANYA: "I Want To Do Something Spectacular"

Let’s not forget that Adesanya is only 32 years old. He has plenty left in the tank and aspires to go down as the greatest to ever put on four-ounce gloves.

To do that, Adesanya must continue down the path he’s on, clearing out the division in impressive fashion and headlining UFC’s biggest events of the year. That’s exactly why Adesanya signed on the dotted line to fight Cannonier in the culmination of UFC’s International Fight Week.

Cannonier was the next in line and being at the center of such a massive event is exactly where Adesanya’s star shines brightest. “The Last Stylebender” has excelled time and time again when the pressure is on him, and there is no reason to think that UFC 276 will be any different.

If Adesanya can deliver the brilliant performance against Cannonier he’s looking for, he’ll prove once again that he’s truly on a different level from the rest of the middleweights on the roster. He’ll also open the door for a new wave of surging contenders, some of whom have already had their eyes on the throne. 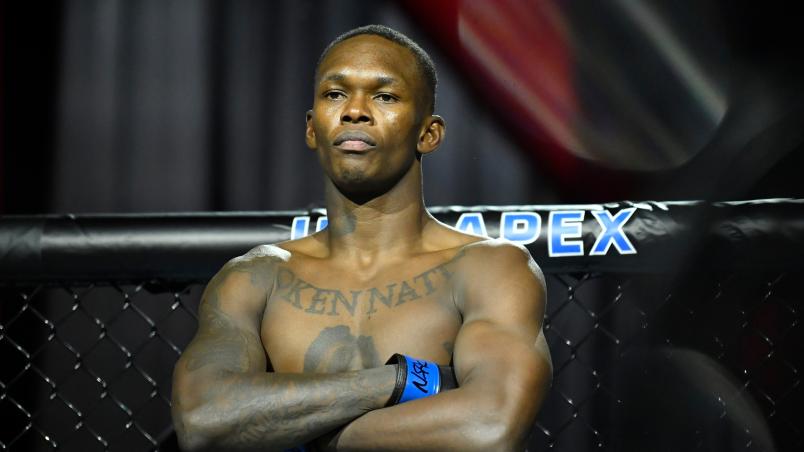 That list of fighters includes Sean Strickland, Darren Till, Nassourdine Imavov, Andre Muniz, and even the unranked, but highly touted, Alex Pereira. Thanks to Adesanya’s consistent and dominant reign as champ, these fighters could make a push to challenge him on the back of some incredible performances.

That’s good news for Adesanya, who knows that every time he exits an arena with the belt wrapped around his waist, his legacy will grow stronger. Adesanya isn’t focused on who’s next for now, though, as he’s locked in on beating Cannonier at UFC 276. That’s first and foremost.

Then he’ll start planning on how to methodically pick apart the rest of the division and go down as the greatest 185-pounder to ever strap on the gloves.