It didn’t take long for Alexander Volkov to quickly climb the heavyweight rankings once he entered the UFC in 2016. The former M-1 Global heavyweight champion is now entrenched at the top of the division, compiling a 5-2 record over the last four years.

On Saturday, Volkov will take on Walt Harris at UFC 254 from UFC Fight Island in Abu Dhabi. It is an important matchup for the future of the division and will likely catapult the winner into an even bigger fight the next time they make the walk to the Octagon.

Although Volkov came up short in his recent main event bout with Curtis Blaydes, “Drago” still believes that he isn’t far from getting back into title contention. In order to make that push he has taken the lessons from that tough bout against Blaydes in June and his loss to Derrick Lewis at UFC 229 last October and learned from them.

Becoming The Best Version Of Volkov 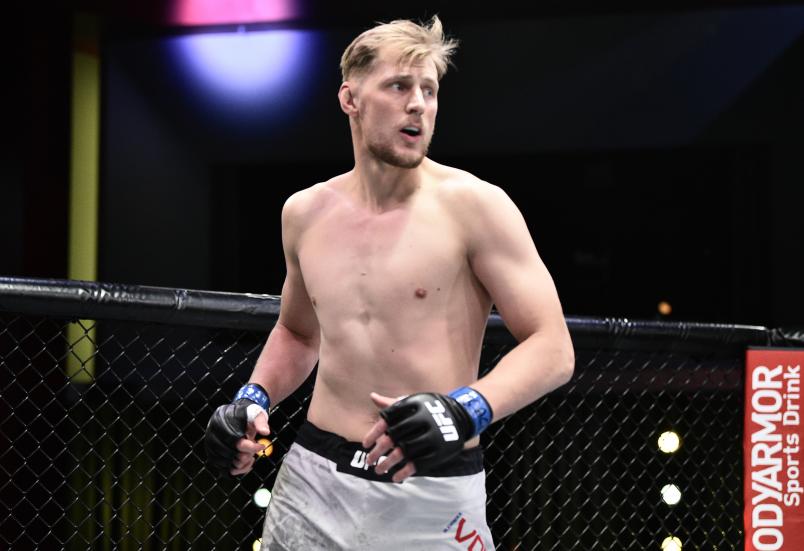 Alexander Volkov of Russia prepares to fight Curtis Blaydes in their heavyweight bout during the UFC Fight Night event at UFC APEX on June 20, 2020 in Las Vegas, Nevada. (Photo by Chris Unger/Zuffa LLC)

After a loss, it’s normal to lick your wounds and take some time to reflect on what went down. Volkov decided to waste no time getting back into the gym and getting a fight on the books. The desire to get the taste of defeat out of his system led to inspired training for the 31-year-old Russian, and he believes that some key tweaks to his game will give way to visible improvements.

“I’ve had losses before, and all of those losses made me a little bit better. It’s like steps, and step-by-step I’ve gotten better,” Volkov said at the UFC 254 Virtual Media Day. “With a win you think everything is good, but if you lose it gets a little bit to you and train harder and do new things. So, of course, I’ve taken lessons and some small details.”

How To Watch UFC 254 In Your Country

One of the lessons that Volkov learned after his loss to Lewis was to never count out his opponent, as Lewis was able to knock Volkov out in the final moments of a fight that Volkov was surely winning. It was a loss that no doubt stung Volkov, but it made him better.

“Heavyweight is a weight class where all fighters punch really hard and sometimes you can win or lose a fight in the last seconds because of something lucky from your opponent,” Volkov said of lessons learned from his defeat to Lewis. “But, of course, there are always things you can work with and I’m trying to be more concentrated in the fight, know my opponent more so I know when they are accumulating some power for their last punch and everything.” 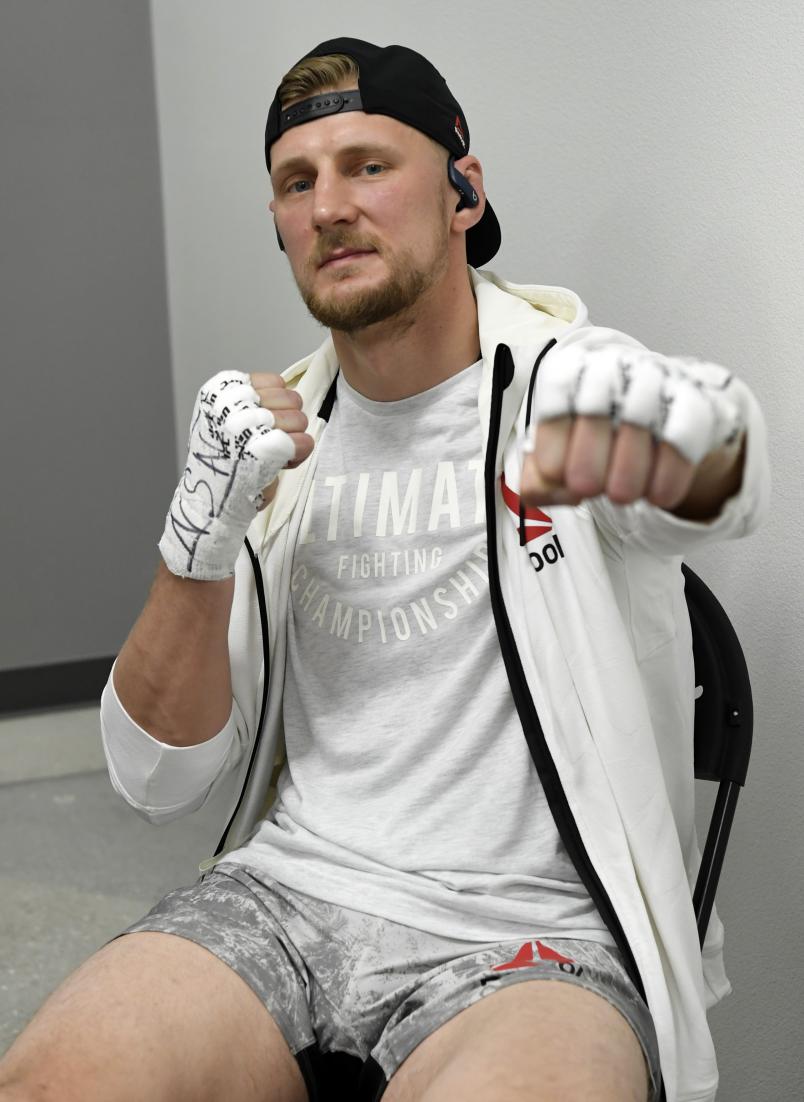 Alexander Volkov of Russia has his hands wrapped prior to his fight during the UFC Fight Night event at UFC APEX on June 20, 2020 in Las Vegas, Nevada. (Photo by Mike Roach/Zuffa LLC)

Volkov views each lesson learned as a new piece to help him complete a puzzle; the puzzle to be the best version of himself. That version if you recall, put the lights out on both Fabricio Werdum and Stefan Struve.

“For me, as a future challenger for the belt,” Volkov said about the heavyweight division, “It’s a good thing because we are all fighters trying to be our best selves and fighting the best fighters and trying to prove to everyone that we are better than each other.”

MORE UFC 254: Fighters On The Rise | Where We Stand: Lightweights | Preview The Entire Card Fight By Fight

If he can channel the “Drago” we saw those nights in London and Rotterdam, there is no question that Volkov can put himself right back in the conversation for a shot at Stipe Miocic. With Daniel Cormier’s retirement and the looming addition of Jon Jones, it’s an interesting time for the heavyweight division, and making a statement against Harris would go a long way in making Volkov’s case for a big fight. 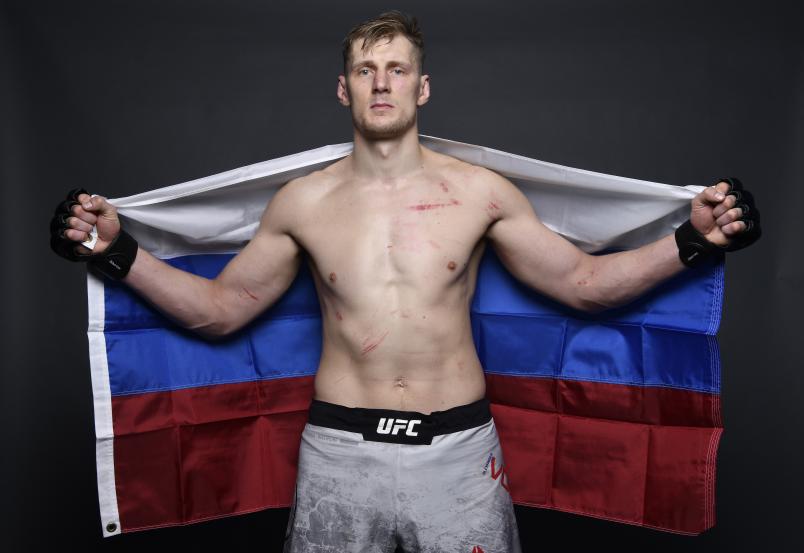 Alexander Volkov of Russia poses for a portrait backstage after his victory during the UFC Fight Night event at CSKA Arena on November 09, 2019 in Moscow, Russia. (Photo by Mike Roach/Zuffa LLC via Getty Images)

One of those big fights in the back of Volkov’s mind is a showdown with Jones, who vacated the UFC light heavyweight belt earlier this year. Welcoming one of the greatest to ever do it to the heavyweight division would be something that Volkov is more than open to.

Yet before Volkov allows himself to think about facing the number one pound-for-pound fighter on the roster, he must get past Harris at UFC 254. And you can guarantee that he isn’t overlooking the “Big Ticket” one bit.