"I believe that if you believe in something and put your mind to it, you can do it." - Stefan Struve

Asking a fighter how training camp is going has to be the worst question in the journalistic handbook, if it’s even allowed in there. But when talking to Stefan Struve, it’s almost mandatory. And unlike his peers, when presented with the query, he didn’t disappoint.

“I’m kicking through concrete walls,” he deadpanned. “I just knocked out a polar bear.”

These days, the 26-year-old from the Netherlands is in a good mood, and he has every right to be, considering that this Saturday he will return to the Octagon for the first time since March of 2013 to face Matt Mitrione on the UFC 175 main card. That’s enough news to get the “Skyscraper” amped up, but after he was cleared to compete again after last year’s diagnosis of a leaking bicuspid aortic valve in his heart, it’s not surprising that he feels like he’s been born again and ready to test himself on the world stage.

“I’ve been testing this body out for a while now, and I just feel amazing,” he said. “I’m gonna be happy when the referee says ‘fight,’ because it’s been such a long training camp. I’ve done multiple training camps to be ready for the doctor’s checkups. They wanted to see how my heart was functioning. So to do that two times and then do this training camp, I’m just done with training. (Laughs) I’m really ready to go out there and show what I can do and kick some ass and take home a nice bonus.”

It’s a far cry from the mood Struve and the entire fight community was in last August when a visit to the doctor produced the revelation that the Beverwijk native was only using 60 percent of his heart. For a professional fighter whose heart was one of his most notable traits in the Octagon, it was a shocker.

“It’s hard to believe that after so many years of being active as a professional athlete there’s something wrong with your heart,” he said. “It’s crazy to hear.”

Before visiting the doctor, Struve chalked up his fatigue in his fight against Mark Hunt in March of last year to a sickness he suffered six weeks out. And while it was better come fight time, he believed that the remnants of the illness plus jetlag made him gas out early. Hey, it happens, right?

“The fight with Hunt didn’t go my way, and a major thing why it didn’t go my way is that my conditioning was really bad in that fight,” said Struve, who was halted in the third round of the bout in Saitama, Japan. “We pointed in the direction of me being sick around six weeks out from the fight. And around two or three weeks before the fight, it was not really out of my system, but I was feeling good again, even though I couldn’t get over the jetlag. We never thought there was something wrong with the heart, you just don’t think that way. Then the doctor tells you that you were born with a defect in your heart where it’s only working at 60 percent. That explains a lot.”

The doctor told Struve his fighting days were over. The fighter didn’t buy that diagnosis.

“I never really doubted it,” he said. “From the moment the doctors told me that it would be the end of my career and I would have to go into surgery the next week or maybe even the same night, I didn’t believe this was the end. I believe that if you believe in something and put your mind to it, you can do it. I never believed what the doctor said. I believed what I had in my head, I followed that, and here I am.”

It wasn’t as simple as that though. Struve had to adjust his diet, go on medication, and be monitored regularly to make sure of his ability to not just fight, but to have a high quality of life. 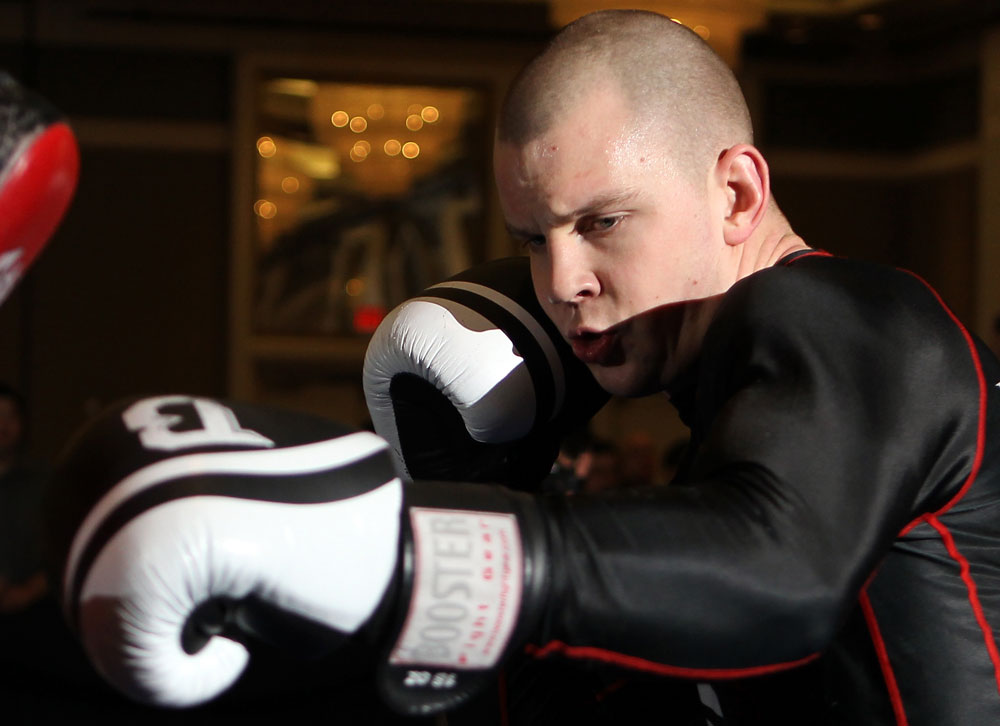 Eventually, the doctors were pleased enough with his progress to give him a green light to compete again, and at last check, those 60 percent days were a thing of the past.

“The last time they did an MRI, they were looking at the high 80s to 90 on my output, so that’s really good,” he said. “I’m feeling amazing and two to four times a year I’m getting my heart checked by the best cardiologists in the world, so there’s nothing wrong with that.”

Not at all, and what’s truly remarkable about this story is that Struve has had over 30 professional fights, many at the top level of the sport in the UFC, with no sign that something was wrong until the Hunt fight.

> Watch: Submission of the Week - Stefan Struve vs. Pat Barry

“I was born with it,” he said. “About two in every hundred people have it, so it’s pretty common. Normally they find it in people when they’re really small and they follow the progress it’s making. It’s hard for them to say when it really got bad with me. So over the years it just got worse and worse, but the crazy thing about that is that my conditioning has always been a really good point of my game.”

And now it will be again, along with some other weapons that will make the already-talented Struve even more of a threat to his fellow heavyweights.

“After a moment in a fight where you put in a lot of energy, I usually had to catch my breath,” he said. “But now when I pull back my leg from a kick or my arm from a punch and I’m back in my stance, I don’t have to take a deep breath. I’m ready to throw the next punch, and that makes me so much more dangerous right now.”

The first recipient of that danger will be Mitrione, the hard-hitting former NFL lineman who won’t be difficult for Struve to find on fight night. And the “Skyscraper” believes that once he finds him, the end will come moments later.

> Watch: Submission of the Week: Stefan Struve vs. Chase Gormley 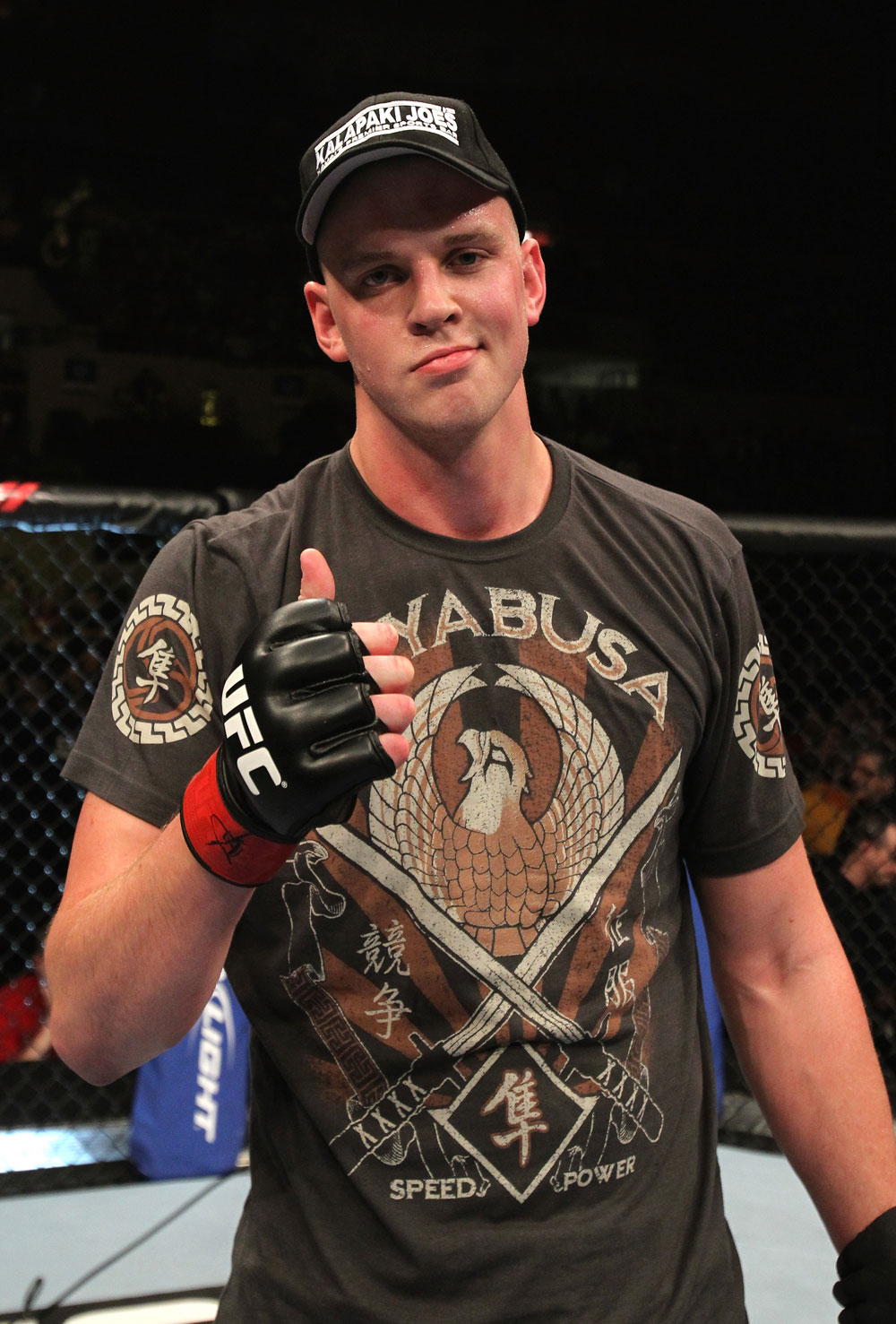 If Struve has any trepidation about coming back, he’s not showing it, and though you would think returning on the biggest card of the year thus far would be a little daunting, he doesn’t agree.

“I’m doing it the way everybody should do it,” he said. “Put me on the Vegas card, the biggest card of the year, in front of the two title fights, and I’ll make sure people get warmed up for the title fights, and that’s a guarantee.”

Stefan Struve is back, he’s healthy, and he’s happy. It’s been quite a year, almost good enough for a movie some day. So who plays Mr. Struve?