For Stefan Struve, The Appetite Has Returned

With 13 wins over some of the best heavyweights in the world since joining the UFC roster over a decade ago, it’s clear that Stefan Struve is pretty good at this fighting stuff.

Retirement? Well, let’s just say he’s not so good at that.

Struve laughs before explaining that when he walked away from the game after a win over Marcos Rogerio de Lima in February, he really meant it.

“At that point I was really done,” he said. “I really needed a break and I thought I wouldn’t get the appetite back to do this again, but it turned out I did.”

On Saturday, Struve returns from his short-lived break to take on Ben Rothwell in Washington, D.C. Some fighters who didn’t retire have been out for longer stretches of time, but when the Netherlands native finished de Lima in Prague, he was sure that his days as a prizefighter were over. 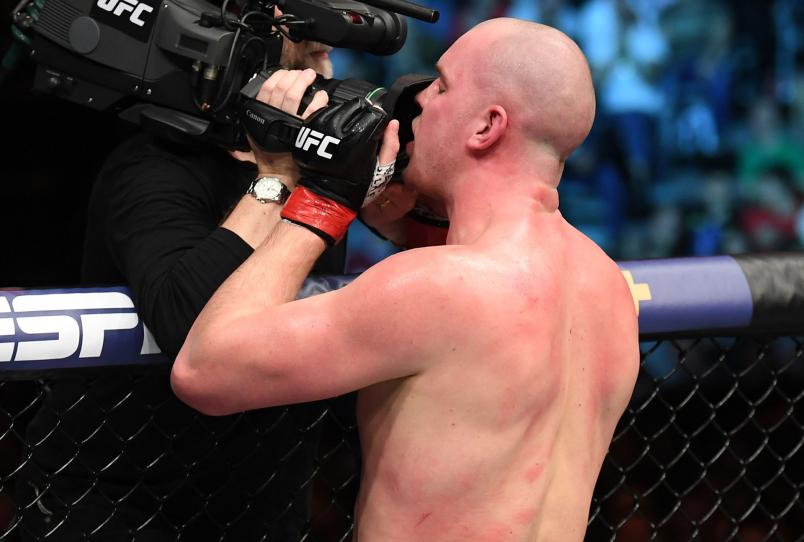 PRAGUE, CZECH REPUBLIC - FEBRUARY 23: Stefan Struve of The Netherlands celebrates after his submission victory over Marcos Rogerio De Lima of Brazil in their heavyweight bout during the UFC Fight Night event at O2 Arena on February 23, 2019 in the Prague, Czech Republic. (Photo by Jeff Bottari/Zuffa LLC)

“I was mentally not in a good spot in February,” he admits. “It took me a lot to get that win. I had to go really deep in that fight and I really had to dig deep in myself to stay focused. He clipped me and I was on my butt after just a couple seconds. I didn’t know what happened, so I really didn’t get to get comfortable. I woke up with him in my guard trying to pound my head off and I wasn’t ever really able to implement my standup, so it was a really hard fight, especially after a three-fight losing streak, and it took everything I had. And it felt that I was in a spot mentally where it wasn’t smart to fight. There’s nothing wrong with losing, but if you lose in MMA, there’s always the danger of injuries. So at that point it was a good call.”

The three-fight losing streak history, it was the perfect time for the newly-minted 31-year-old to call it a day. He had a 10-year run in the UFC, he held a win over heavyweight champ Stipe Miocic, and he built a sizeable fan following thanks to his penchant for always delivering exciting fights. More importantly, if a fighter isn’t in this a hundred percent, it’s the right call to walk away. And that’s what Struve did…but not really.

“I was pretty burned out from fighting at that point and I really needed a break and some rest,” said Struve before pointing out that a week after the de Lima fight, he was in Denver helping Alistair Overeem get ready for a fight that was ultimately scrapped against Alexander Volkov.

“It was an awesome experience in Denver,” said Struve, who then explains how after a brief illness sidelined him for a month, he would “only” train four to five times a week.

As for the fun part of retirement, he said he worked on his house.

Bottom line, it was clear pretty early on that this retirement wasn’t going to last long. Don’t worry if you don’t understand that. Anyone who isn’t a fighter won’t.

“A lot of people don’t get us,” said Struve. “We get a lot of questions about why we do it. But fighters are different; a different breed, a different mindset. It takes a lot to do what we do and I don’t know if we’re missing a gene or we got an extra gene, I don’t know.”

Struve laughs, but yeah, he’s back. 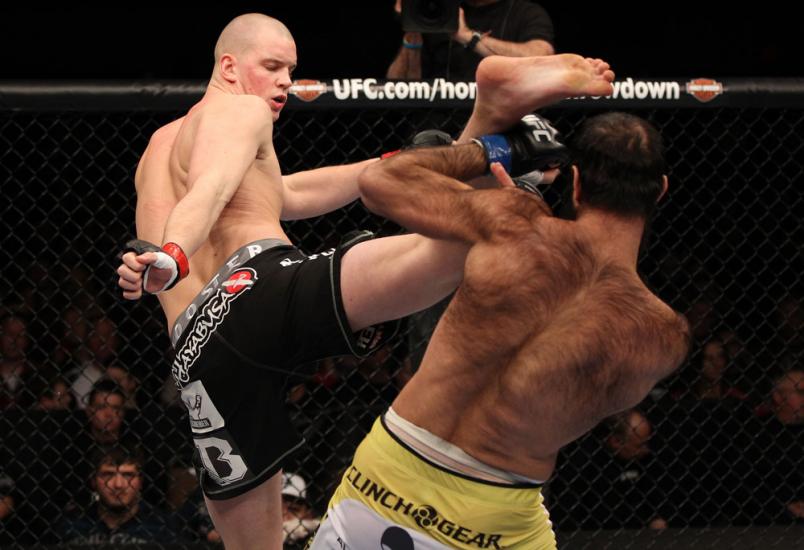 “If you still feel you want to do it, why not do it,” he asks. “It’s high risk / high reward, but you only get to do this once, you only get to be young once, and as long as I’m in my prime and I feel good mentally and physically, I’ll do it.”

What he won’t do this time around is get caught up in the endless chatter about title shots, where a certain matchup will get him, or anything else that will distract him from enjoying the process and the act of fighting.

“I haven’t been thinking about that at all,” he said. “I take it one fight at a time now. If they offer me a fight that I feel good with that excites me, then I’ll probably take it. Of course I want to get on a win streak because I want to win every fight, but we’ll see how it goes. Now, it’s fight by fight and no thoughts about fighting for a belt or getting this fight or that fight. The only thing that matters is fighting Ben Rothwell, and I need to win.”

“I’m just trying to enjoy this as much as possible,” he said. “The nerves are kicking in a bit, you’re thinking about the fight when you go to bed at night, and sometimes you’re like, ‘Why am I doing this again?’ (Laughs) But it’s also fun because there are very few things in this world that give me that feeling. It makes me feel alive.”