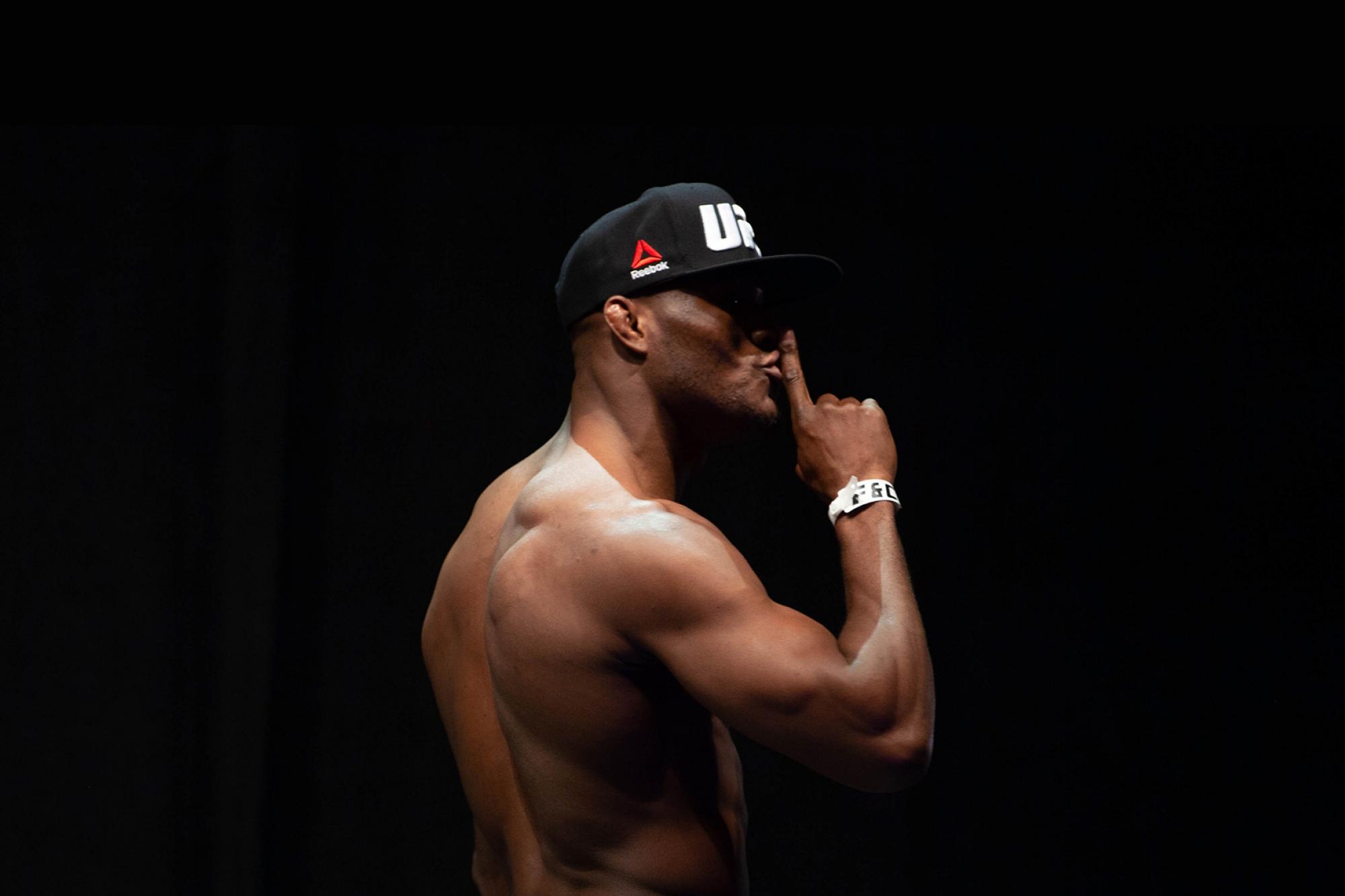 In control from start to finish, welterweight contender Kamaru Usman made a statement to the rest of the division with a five-round unanimous decision over former world champion Rafael Dos Anjos, extending his winning streak to 13 at The Pearl at The Palms in Las Vegas.

Usman got his first takedown in the second minute of the fight, but Dos Anjos rose quickly. Usman kept him locked up against the fence for a spell until the Brazilian fought loose. Usman did well with his striking at range, but it was obvious that he wanted the fight on the mat, and he kept looking to put it there. With under a minute left, he got his wish, and he stayed busy from the top position until the horn, but not before taking a hard upkick from RDA for his trouble.

Usman kept Dos Anjos on the mat for much of round two, but the Brazilian stayed busy, nearly locking up his opponent’s arm, which forced Usman to scramble to his feet to escape. Once upright, Usman got right back into the pocket, landing some hard strikes before clinching again. But as the round closed, Dos Anjos put Usman on the defensive with some hard strikes.

Continuing to mix up his striking and grappling nicely, Usman controlled matters again throughout round three, and while the bloodied Dos Anjos remained dangerous with his striking and submission attempts, he was running out of time to turn the fight around, and in the fourth round, Usman stepped on the gas and added to his lead with an even more punishing attack.

There was more of the same from Usman in the fifth and final round. Dos Anjos did look for a guillotine choke briefly, but he wasn’t able to finish it, and after getting free, “The Nigerian Nightmare” kept delivering ground strikes in an attempt to finish the gutsy Brazilian before. And though Usman didn’t get the finish, it’s impossible not to be impressed with the victory he delivered.