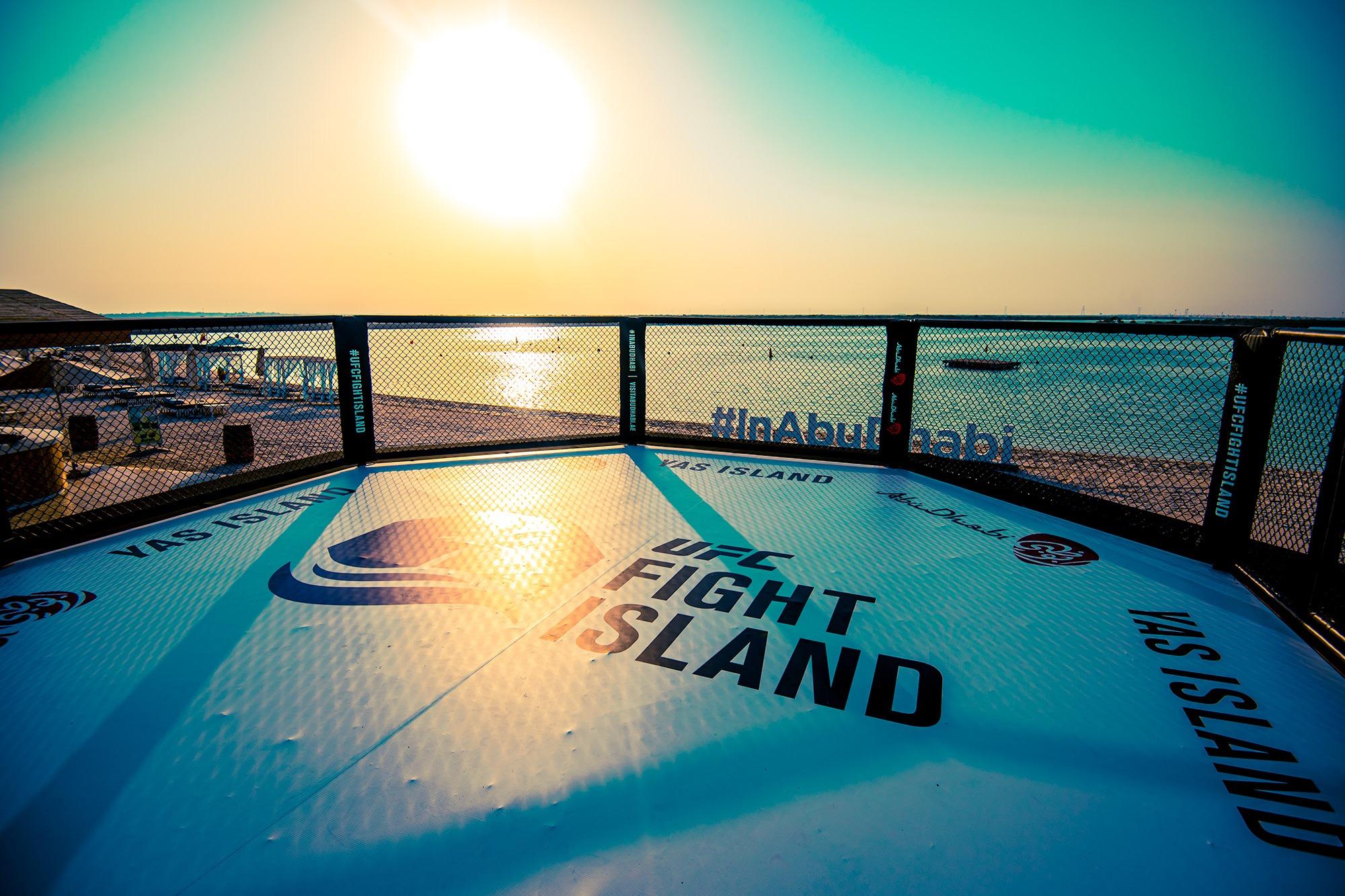 Read below for a summary of all the updates regarding the events at Fight Island
Jul. 10, 2020

Several bout changes have been made to the upcoming UFC FIGHT ISLAND events due to athlete injury, COVID-19, or other personal reasons (detailed below).  UFC and DCT Abu Dhabi wish a speedy recovery to those athletes who had to withdraw from their events or had bouts cancelled due to health concerns.

UFC also sends its sincerest condolences to the family and friends of Adbulmanap Nurmagomedov, who recently passed away.  Abdulmanap played a pivotal role in the lives of countless Russian fighters who made their way to the top mixed martial arts events around the globe, and his loss will be felt throughout the sporting world.

Gilbert Burns has been removed from his matchup against welterweight champion Kamaru Usman due to testing positive for COVID-19 prior to departing for Abu Dhabi.  Stepping in to take on Usman is No. 3 welterweight contender, Jorge Masvidal, winner of the BMF belt last Fall.  Masvidal, who is currently riding a three-fight win streak with victories over Nate Diaz, Ben Askren and Darren Till, also holds the record for the fastest knockout in UFC history.

Moldovan heavyweight Alexandr Romanov has been removed from the card due to a positive COVID-19 test prior to departing for Abu Dhabi.  Replacing him against Marcin Tybura will be newcomer Maxim Grishin.

UFC 251: USMAN vs. MASVIDAL will serve as the inaugural event for Fight Island on Yas Island, Abu Dhabi. Preliminary and main card fights will take place on ESPN and ESPN+ starting at 6pm ET/3pm PT.

Anderson dos Santos and Vinicius Moreira have been removed from their bouts against Jack Shore and Modestas Bukauskas, respectively, due to testing positive for COVID-19 prior to departing for Abu Dhabi.  Aaron Phillips will make his return to UFC to face Shore, while Greece’s Andreas Michailidis will make his UFC debut against Bukauskas.

Pedro Munhoz has been removed from his co-main event bout against Frankie Edgar due to testing positive for COVID-19 prior to departing for Abu Dhabi.  The bout has been cancelled and will be moved to a later date.

Dusko Todorovic has been removed from his middleweight bout against John Phillips due to testing positive for COVID-19 prior to departing for Abu Dhabi.  Replacing Todorivic is UFC newcomer Khamzat Chimaev.

A main card matchup between Marina Rodriguez and Carla Esparza has been moved from July 15 to July 25 after one of Rodriguez’ corner team members received a positive COVID-19 test prior to departing for Abu Dhabi.

A featherweight bout between Jimmie Rivera and Cody Stamann has been added to the card.

Due to weight management issues, light heavyweight Kenneth Bergh has been ruled medically unfit to compete and his fight against Jorge Gonzalez is canceled.

UFC Fight Night: Kattar vs. Ige will proceed with 11 bouts and air on ESPN and ESPN+ starting at 7pm ET/4pm PT

Tagir Ulanbekov has withdrawn from his flyweight bout against Oleksandr Doskalchuk due to the passing of his head coach, Abdulmanap Nurmagomedov.  Canada’s Malcolm Gordon was scheduled to face Doskalchuk, but medical issues have taken Doskalchuk out of the bout. Replacing him against Gordon will be UFC newcomer Amir Albazi.

Umar Nurmagomedov has withdrawn from his bantamweight bout against Nathaniel Wood due to the passing of his uncle and head coach, Abdulmanap Nurmagomedov. Wood will now face Dana White Contender Series veteran John Castaneda.

Due to injury, Shavkat Rakhmonov has been removed from his welterweight bout against Ramazan Emeev.  Replacing Rakhmonov is UFC newcomer Niklas Stolze.

Also forced from the card due to injury is Danny Roberts. Replacing Roberts against Nicolas Dalby is returning Canadian welterweight Jesse Ronson.

A light heavyweight bout has been added between Paul Craig and Gadzhimurad Antigulov, as well as a lightweight matchup between Francisco Trinaldo and Jai Herbert.

Note:  All athletes or team members who were removed from their bouts due to testing positive for COVID-19 did not travel to Abu Dhabi.  Their results were flagged in their pre-departure tests.

“Our COVID-19 testing program is one of the most comprehensive in all of sports. The process works and continues to detect any issues early on to provide the safest environment for our athletes, staff and fans. I’m excited to be here at Fight Island and to experience everything it has to offer-- especially the fights!!!!”