Las Vegas – From legendary athletes and historic fights, to its undisputed place in the sports landscape, UFC has built an unforgettable legacy that stands the test of time. International Fight Week 2016, and the history-making UFC® 200 event, is a celebration of the heroes and moments that have paved the way, and those who are evolving the sport for the future.

Stars of UFC® 200, will be joined by many top athletes competing in the three International Fight Week events including UFC FIGHT NIGHT® and THE ULTIMATE FIGHTER® FINALE, in a special press conference, Friday, April 22 at MGM Grand Garden Arena in Las Vegas.

The press conference will take place at 2 p.m. PT on the weigh-in stage at the MGM Grand Garden Arena. UFC President Dana White will be on hand to introduce the athletes and discuss the epic event. The event will be streamed live at ufc.com. 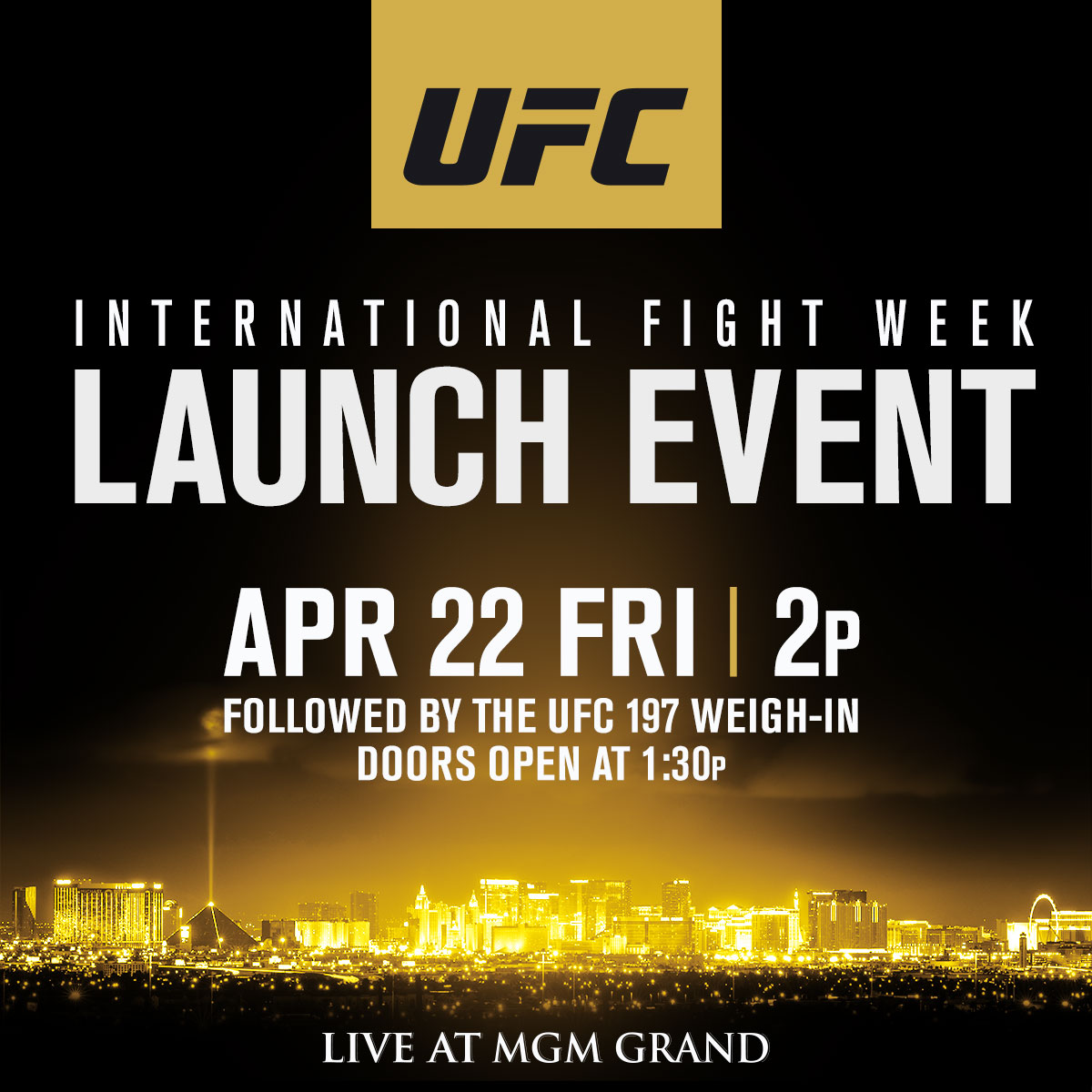 The following athletes will be present at the UFC® 200 launch event in Las Vegas:

In addition, UFC will host an event in New York City at the Theater at Madison Square Garden on Wednesday, April 27. More information on that event will be available in the coming days.

For information on UFC® 200 and all International Fight Week activities, please visit ufc.com/200.

Additional information and current fight news is available at ufc.com. All bouts live and subject to change.