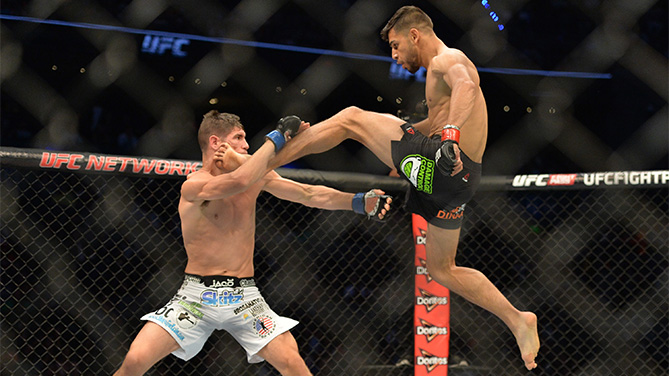 Two of the top young featherweights in the UFC lived up to that reputation in their three-round war, with Ultimate Fighter Latin America winner Yair Rodriguez outlasting Charles Rosa and taking a split decision victory.

"I feel so proud because I won my first fight now that I am signed with the UFC," Rodriguez said. "The most important thing for me was to represent my country and put on a good show. I feel so grateful to God and my family, and I dedicate this fight to all the people fighting against cancer." 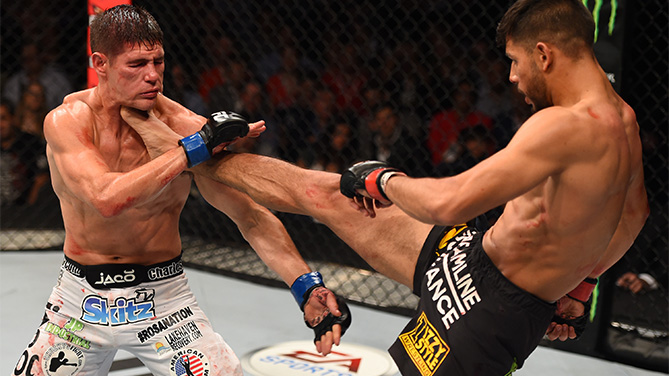 Rodriguez came out firing off several flashy kicks that got Rosa’s attention, and after dropping the Boston native to the mat, he flew in for the finish. As they scrambled, Rosa found himself in the top position, but Rodriguez locked in a triangle choke. After a long stretch, Rosa got loose and began firing off strikes before taking his opponent’s back. With a minute left, the two rose, but Rosa threw Rodriguez right back to the mat, and the two traded strikes and positions in some wild scrambles that thrilled the crowd.

Switching stances and keeping Rosa guessing with kicks and punches from all angles, Rodriguez continued to impress in the second round, but Rosa didn’t stop pressing forward in an effort to get the fight to the mat. Soon, Rosa was cut on his head, but the forward pressure kept coming. The only problem was that Rodriguez’ defense and offense was working so well together that the New Englander couldn’t slow him down, and in the closing seconds, with the fight straying to the mat, “Pantera” fired off a series of thudding ground strikes to finish the round.

Rosa was able to get Rodriguez to the mat early in round three, and now he had his chance to turn things around, but after landing some hard shots, the Mexican almost caught him in another triangle choke. Rosa got loose, but a further attempt to lock up Rodriguez resulted in a scramble in which both got back to their feet. Rosa was relentless in getting another takedown, and the two kept working, battling it out until the final horn and a rousing and well-deserved ovation.

“I thought I definitely did enough to win," Rosa said. "I figured I won the first round and thought the third round could’ve even been mine 10-8. I should have known that if it went to the judges, in Mexico with the fans behind Yair, it wouldn’t have gone my way. When they announced it for him I was like here we go. Dissapointed, that’s what I feel right now.” 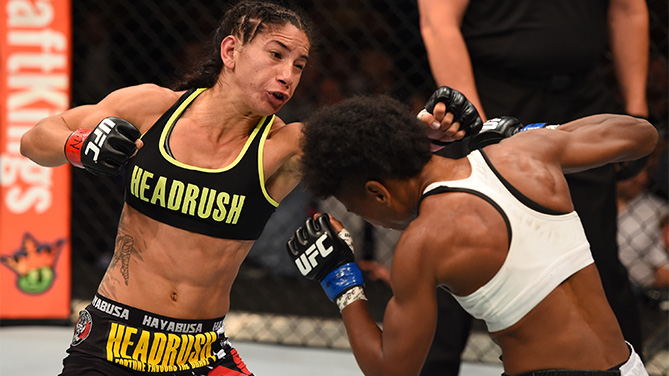 After keeping it standing for the first half of the round, Torres drew first blood in terms of significant scoring with a takedown of Hill midway through the frame. Hill’s defense was solid, but Torres was able to score with ground strikes late.

Hill tossed off Torres’ first takedown attempt of round two, but “The Tiny Tornado” was undeterred, getting in some quick punches before getting Hill to the mat moments later and keeping her there until referee John McCarthy stood the fighters up with 50 seconds left in the stanza. Hill tried to rally, but Torres kept the North Carolina product locked up against the fence.

The third round drew mainly boos from the capacity crowd, as there was precious little action from either fighter, but more than enough stalemates against the fence. Torres will take the win though, one which improved her record to 6-0. Hill falls to 2-1.