Stamann used to the big fight atmosphere for his fourth PPV 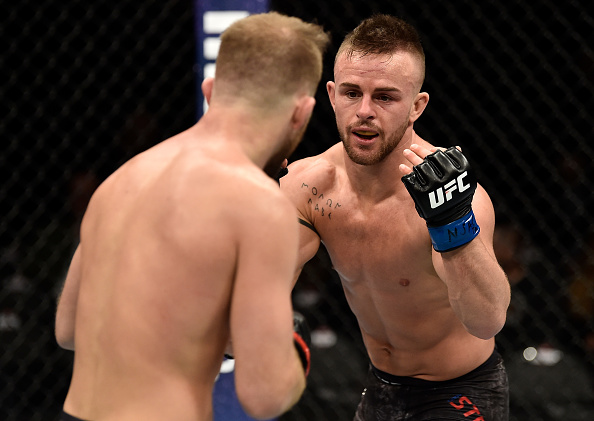 Cody Stamann taunts Bryan Caraway in their bantamweight bout during the UFC 222 event inside T-Mobile Arena on March 3, 2018 in Las Vegas, Nevada. (Photo by Jeff Bottari/Zuffa LLC/Zuffa LLC via Getty Images)" align="center" />
After three UFC fights, all on numbered Pay-Per-View cards, Cody Stamann could be getting used to this as he prepares for number four on Saturday’s UFC 228 card in Dallas.

On paper, it might just be an interesting coincidence, but competing on the biggest stages of the sport is a lot more important than you may expect, as a young fighter gets to be in the big fight atmosphere in the most important venues in the sport.

“When it comes to the big fight atmosphere, I’m used to that environment, and anything you’re familiar with definitely gives you a little bit of an advantage,” he said. “But I also feel at this level there are not a lot of things that are gonna really sway you one way or another. You’re either ready or you’re not, and I’m always ready.”

So fighting in American Airlines Center against an equally hungry contender isn’t going to faze the Michigan native, who has come a long way since his formative years in the sport, when he fought his first bout in a lot less notable venue.

“My first fight was in a strip club,” he laughs. “The Coliseum strip club in Detroit. We didn’t have a sanctioning body telling anybody what to do for a long time, so it was like the Wild West. It was pretty crazy coming up in this environment.”

Crazy enough that he didn’t even get paid for that first bout.

At that point, a lot of budding prizefighters decide that the hard work and sacrifices aren’t worth it anymore, and they go off to more stable endeavors. Those like Stamann simply grit their teeth and keep moving forward, determined to get where they want to be by any means necessary.

“I always believed that I was gonna be on this level and that if I kept working hard and kept my nose down and believed in my hard work that eventually it would happen,” he said. “I’m definitely an optimist and I think you have to be. I really love MMA and I think if you want to be successful in this sport and you want to make money and you want to move forward, you better love it because it’s a hard road. Like the song goes, it’s a long way to the top if you want to rock and roll.”

It took Stamann 15 pro fights over nearly six years to make it to the top, and since getting to the UFC, he’s gone 3-0 with wins over Terrion Ware, Tom Duquesnoy and Bryan Caraway. The March win over longtime contender Caraway was clearly the biggest, especially since he roared back from a rough first round to take the split decision victory.

“I’ve been knocked down so many times in life that getting up, for me, is a necessity, not an option,” Stamann said. “I train, I get beat up daily, and I come back the next day with the mentality that I’m gonna get those guys back. That’s just a will thing. And I believe when I’m in trouble in a fight is when you’re really gonna see me do everything I have to do to make it happen.” 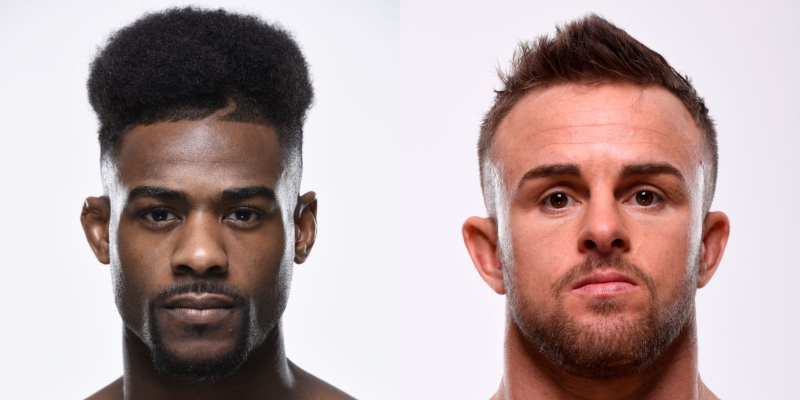 Stamann proved it in the Caraway fight, and while that grit is something every fighter says he or she has, you never know if you truly have it until you’re tested. Stamann passed that test.

“I think moving forward, that’s huge,” he said. “That’s big for your confidence, obviously, but also moving forward, I don’t want to drop rounds like that where I’m in a position where I have to finish. Obviously I do well under pressure, but I don’t want to go out there and lose the first round. I’d like to get ahead on the scorecards and stay ahead. But it’s good knowing that no matter what happens in there, I always have that win or die mentality. And I’ve told myself that enough that I started to believe it. And then you respond to it and you do it.”

In just three UFC fights, Stamann has showed a lot. But he wants to deliver more, and he’s ready to start this weekend.

“I gotta put my future in my own hands and I gotta go to every fight with the mentality that I have to get a finish or I’m gonna lose,” he said. “It’s more of a fighting mentality. Obviously you can’t finish every fight, but you need to aim to. And that has to be your goal every time, to get the finish.”

With a top ten ranking, three UFC wins and a ten-fight winning streak, Stamann has clearly arrived as a legit threat at 135 pounds. Just don’t tell him that.