The Stage Is Set For Kaitlin Young at Invicta 36

Pioneer of Women's MMA Relishes The Chance To Bring It All Full Circle
By Walker Van Wey • Aug. 5, 2019

Can a fighter bounce back from a four-fight losing streak?

What about two of them?

Can a fighter lose four straight two different times and have the mental strength and warrior’s spirit to climb back to the top and land in the title match of the same promotion she helped put on the map before falling off it?

A pioneer of women’s MMA, Kaitlin Young made her debut in 2007 back when Invicta FC didn’t exist, Brock Lesnar was announcing his signing with the UFC and Tim Sylvia was still a relevant name.

While the UFC was chugging along and gaining steam, women’s MMA couldn’t have been described as anything more than a hodgepodge of shoves to the backburner, empty promises and uncertainty.

“It’s hard to describe to people who have only seen the landscape of women’s mixed martial arts now,” Young said. “Men had the ability to be in all these regional promotions and then say, ‘Okay, maybe I’m going to Japan or maybe I’ll get into the UFC.’ There was at least some kind of career trajectory. For women, you were lucky to be getting these odd fights here and there. A promotion would pop up every now and then and do two or three shows and then disappear.

Desperation and the love of the game would force fighters to add or drop dangerous weight just to compete. One day you could be fighting the best in the world and win just to turn around and be somebody’s debut fight. Rinse, repeat. Young remembers the cycle that left plenty of promising women in the dust as clear as day  but despite the frustration, it was never enough to douse her will to compete.

“I enjoyed it still,” Young said. “I liked being in the gym, I didn’t feel like giving it up even though a lot of people did. I also never thought I was going to get into fighting with the goal of it turning into a career. It was for me. It was never for any of the stuff you get out of it. It was always, ‘I want to see what I can do.’ I could have been fighting people just the two of us in a rec and I would have had the same motivation.”

Fighting through shoddy promotions, useless training hours thanks to pulled fights and everything that comes with it, Young matched her four-fight winning streak she put together to start her career with a four-fight skid.

“Well when I started, I think I had probably a very realistic assessment of myself,” Young said. “I still had an understanding that I was beating other fighters who were also new to MMA, so I knew it wasn’t going to be easy by any means, but I also felt like I had a lot of potential.”

It was the honest assessment and blooming two-year career that kept Young’s chin up with a .500 record, which she followed by winning three out of her next four before being offered a spot on the first Invicta FC card that she nearly turned down.

Her fight with Leslie Smith at Invicta 1 was a turning point in her career in many ways, good and bad. The draw between the two was enough to win Fight of the Night and earn a rematch but it also helped show the type of action women’s MMA could bring on the inaugural event of the premier women’s MMA promotion legitimizing it almost immediately. While it’s fun to appreciate the bonus money and recognition, something still wasn’t right. Young’s performance at Invicta 1 earned her an invitation back to the promotion and was followed by another four-fight skid.

“I remember I was thinking that the second chances are going to start running out,” Young said. “To be honest, if I hadn’t had several good fights early, I think they would have run out sooner. Even in my own head, I was like, ‘what’s going on? You don’t just get worse. You can stay the same and never get better but you can’t get worse.'' I was just fighting worse.

Could splitting focus in the gym really be doing this much harm to a fighter who once knocked out future UFC bantamweight champion, Miesha Tate? Was training with University of Minnesota wrestlers strengthening her defense but stunting her striking and offense? There was clearly a mental block that was beginning to get the better of her.

The breaking point came after being defeated by Lauren Murphy, a last-minute replacement for Amanda Nunes. How many hours in the gym are now being wasted? Why were adjustments in the gym ineffective in the cage? She had lost by submission, TKO and now decision, respectively. There was simply an all-around issue. After losing her next fight, the once 4-0 fighter now stood at 7-9-1 and waved goodbye to MMA.

“On a whim I checked out this Thai boxing gym,” Young said. “It was huge for me. Even though it’s only striking, they understand fighters and what makes them tick because they have guys over there who have hundreds of fights. The coaches over there have coached people through thousands of fights.” 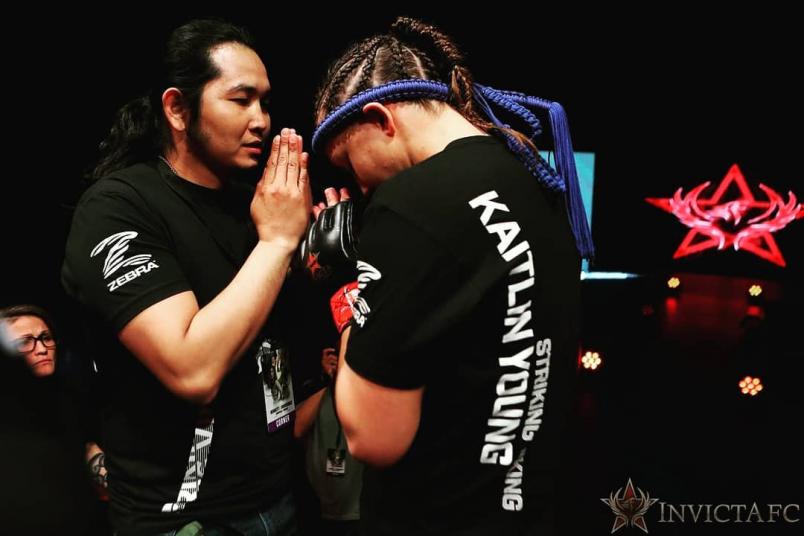 With a newfound appreciation for the art of eight limbs, Young left the first stable promotion she had known to go back to shaky promotions in Russia, Thailand and elsewhere.

With every trip to foreign grounds where hand-wrapping and blood tests were loosely acknowledged, Young was coming home a winner. Not like the early days of her MMA career where she was just happy to be there and bringing sloppy wins home. She was beginning to prove to herself and everybody else that she wasn’t a training room fighter. She belonged in the cage. 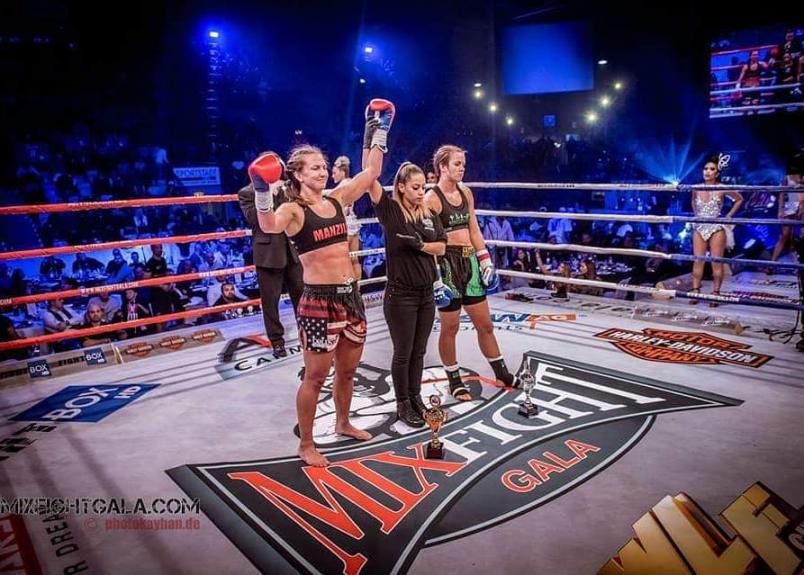 Young was finally performing to the level she had been aiming for and coming home to MMA.

“I started having consistent performances,” Young said. “Coming back to MMA I just wasn’t worried anymore. My mind was where I needed it to be. I still feel like there’s climbing to be done but even when I was winning early in my career it wasn’t with the same level of confidence that I’m at right now.”

The confidence comes to the tune of a 3-0 record since her return less than a year ago. That 3-0 record has also given her a chance to show the MMA world that the Kaitlin Young who drew against Leslie Smith to put Invicta on the map is far from gone. It’s a chance to thank everybody along the way. The second chances they gave her weren’t just favors. They were sure to pay off. On August 9 at Invicta FC: Sorenson vs. Young they just might.

The stage is set, storyline in place and the fight is booked but it’ll take a physical and mental war to push past fellow Minnesotan Pam Sorenson and Young knows it. As if Sorenson’s fighting style that has led her to evade a knockout and her ability to access all of Young’s fights wasn’t enough, Sorenson may have some extra help coming into the title fight.

“Ryan [Murray] and I were actually the first trainers to one of her coaches who’s going to be in her corner and her coach has actually cornered me in kickboxing fights so there’s a lot of insider information both ways,” Young said.

Young’s biggest strength, her striking, is in jeopardy of being decoded before the fight even starts. But Young simply has no fear of that. The thought of that dark place fighters go when they lose is no longer a thought that can fog up her game plan, confidence or poise. 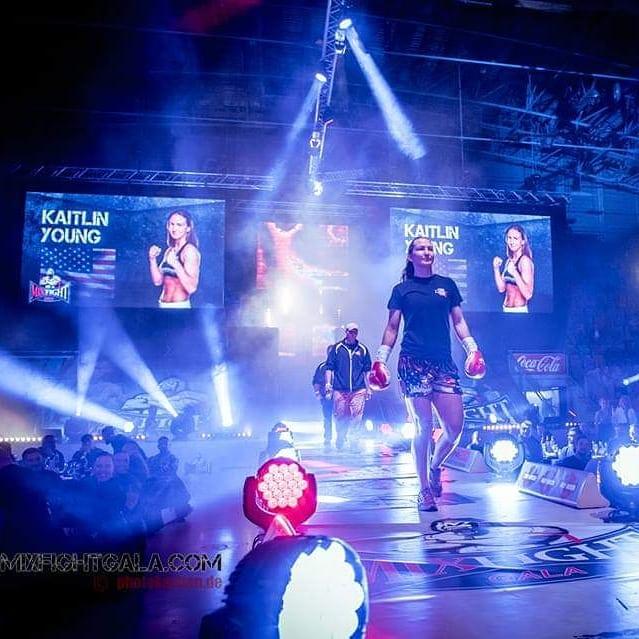 “If losing were to happen, she’d have to go out there and be amazing and she’d deserve every bit of it,” Young said. “I think fear of thinking about or talking about losing is just the fighter’s own anxiety and fear of going back to that place. I’m not afraid of that. Before fights there used to be a big build up but this is what I do every day. It doesn’t feel like there’s a pressure to perform anymore.”

the other thing that frees Young from the anxiety and self-criticism is the fact that this fight isn’t the end of the road, win or lose. Winning the title isn’t necessarily the pinnacle of her career. The accomplishment is great but it’s what comes along with it that entices her the most.

“When I asked for the title shot it was more because I want the target on my back,” Young said. “I want people to want to fight me. The goal is to try to dismantle harder and harder fighters.”

Should Young win, it’s everything she could ask for. A target on her back and getting the best of the best fighters to step in the cage with her. Should she lose, it’s just back to the climb that she set out for since day one. All the way back when Invicta FC didn’t exist, Brock Lesnar was announcing his signing with the UFC and Tim Sylvia was still a relevant name.

Be sure to catch Invicta FC 36: Sorenson vs Young on August 9, LIVE at 5 pm PT ONLY on UFC FIGHT PASS!