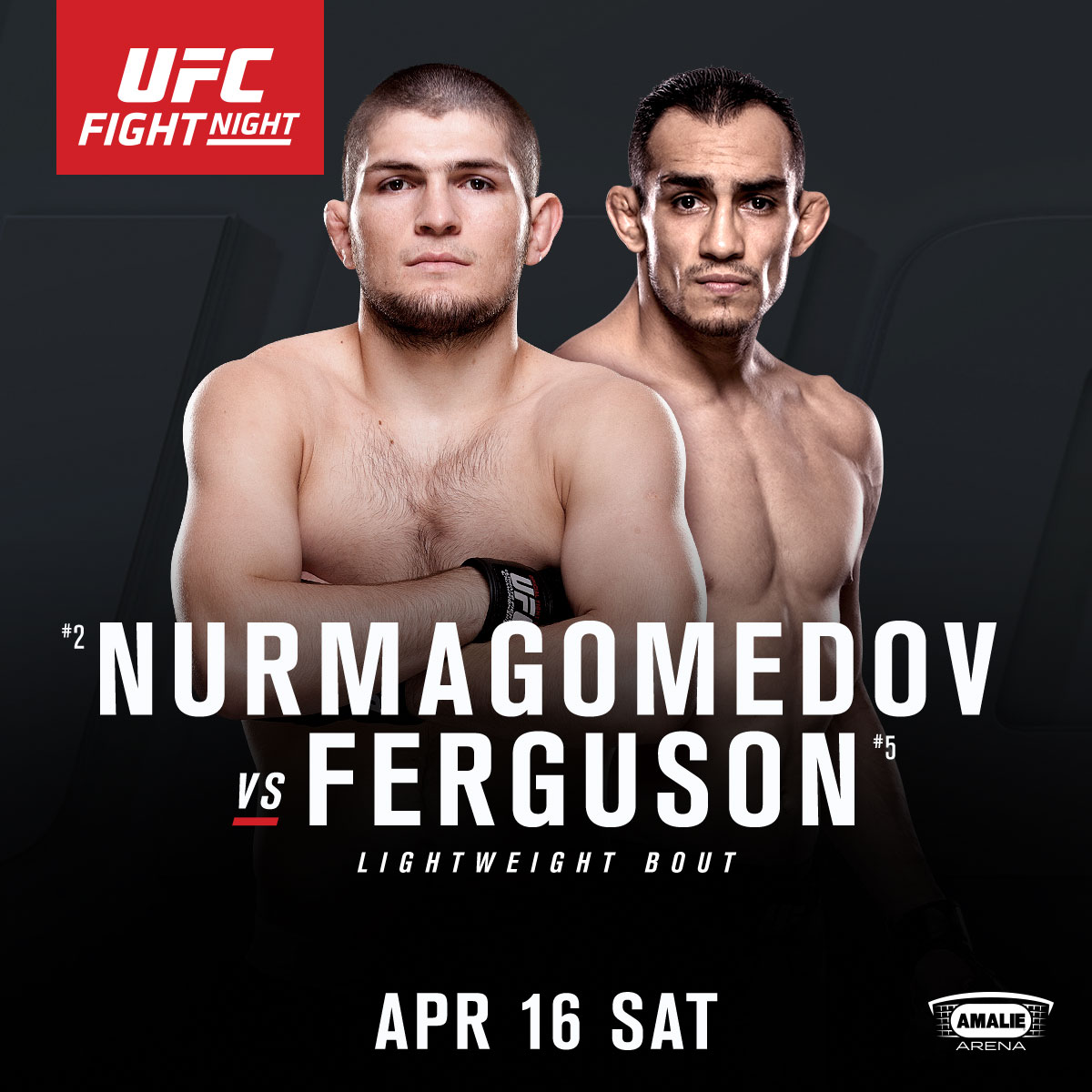 A lightweight world title shot will be up for grabs on Saturday, April 16 when unbeaten powerhouse Khabib "The Eagle" Nurmagomedov faces former surging Ultimate Fighter winner Tony "El Cucuy" Ferguson in the five-round main event of the UFC on FOX card at Amalie Arena in Tampa, Florida. 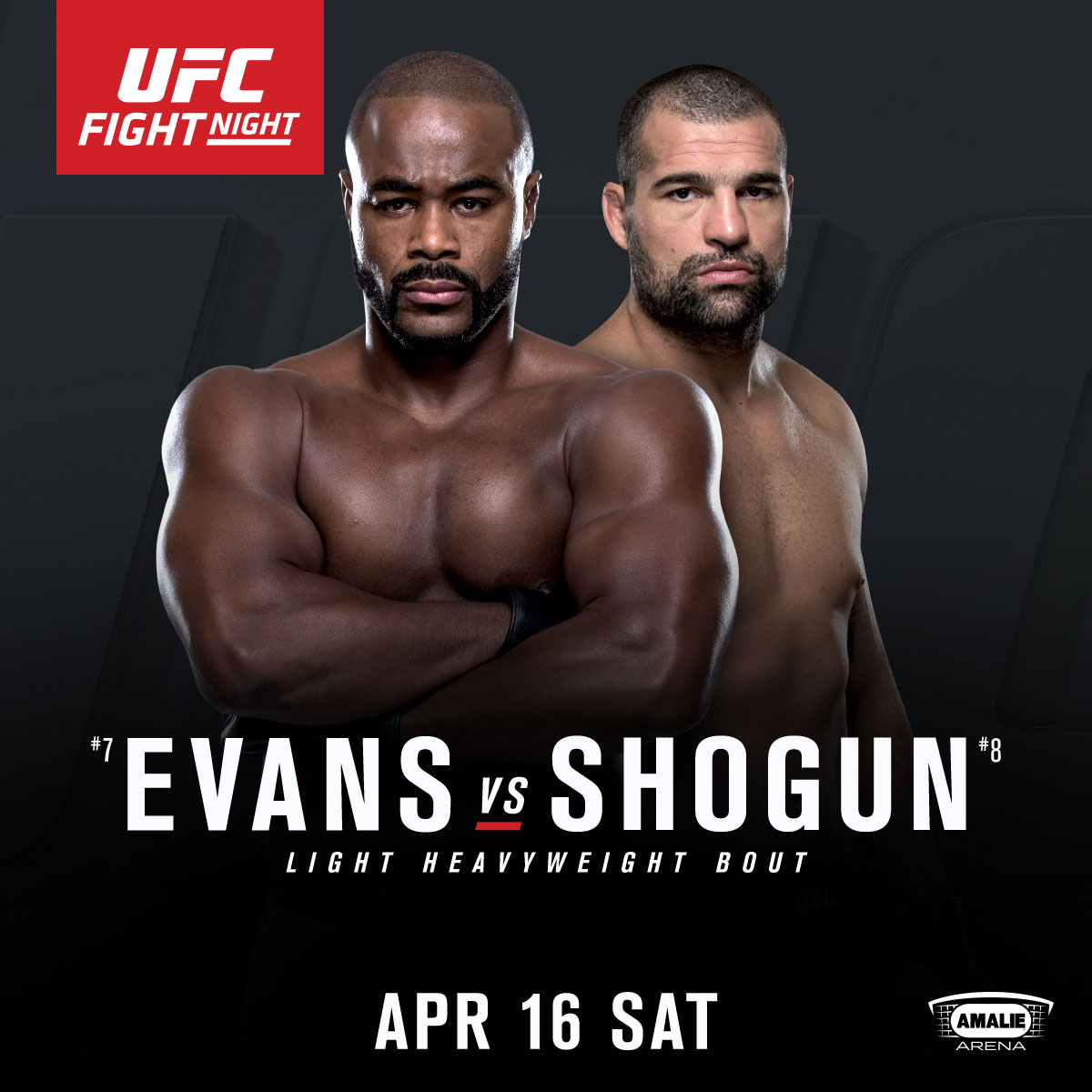 Plus, four mixed martial arts superstars meet in the Octagon that night in Florida, when Rashad Evans battles Mauricio “Shogun” Rua in a clash of former UFC light heavyweight champions, and Lyoto Machida squares off with Dan Henderson in a rematch at 185 pounds.

Originally scheduled to meet up last December before a Nurmagomedov injury forced a postponement, the fight between the two lightweight stars will finally take place on April 16. Dagestan’s Nurmagomedov brings a perfect 22-0 record into the Octagon, a slate that includes a win over the current 155-pound champion, Rafael Dos Anjos. To get a title shot though, Nurmagomedov will have to vanquish Ferguson, who has looked nearly unstoppable over the course of a seven-fight winning streak that includes finishes of Edson Barboza, Gleison Tibau and Abel Trujillo.

Despite having been at the top of the light heavyweight division for years, former world champions Rashad Evans and Mauricio “Shogun” Rua have never met in the Octagon until now, and this fight fans’ dream matchup should provide fireworks from start to finish.

In February of 2013, former UFC light heavyweight champion Lyoto “The Dragon” Machida won a controversial three-round split decision over PRIDE two-division champion Dan Henderson. Three years later and 20-pounds lighter, the two meet again, this time in the middleweight division and with even more at stake for both men as they look to rebound from recent setbacks.

Also announced for the card are several intriguing matchups from strawweight to lightweight: 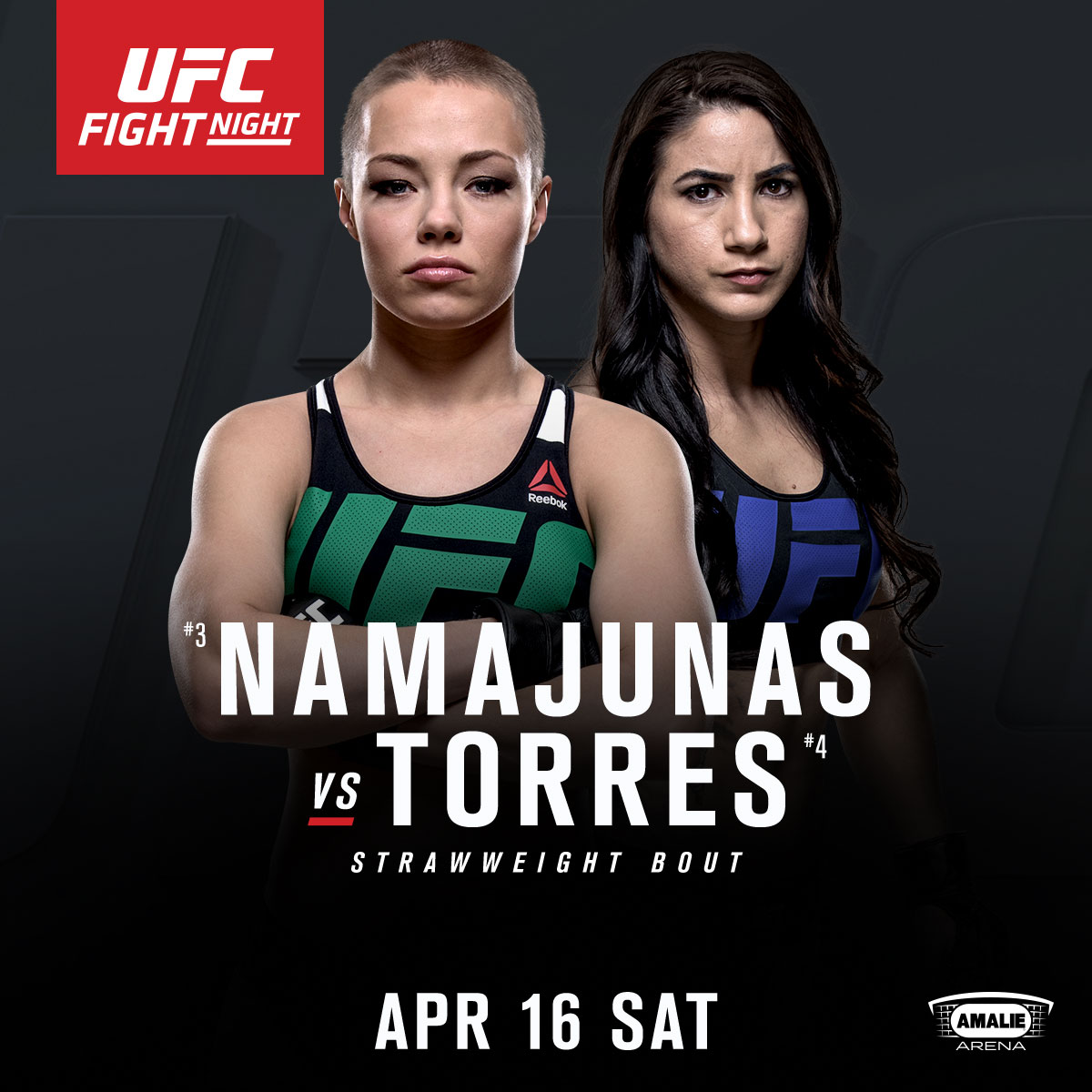 In the women’s strawweight division, Rose Namajunas puts her two-fight winning streak on the line against the woman who gave her a loss for the first time in the pro ranks, unbeaten Tecia Torres.

The ladies of the bantamweight division will also be in action, as popular Raquel Pennington faces off with former world title challenger Bethe Correia.

In the featherweight division, Cub Swanson returns to the Octagon for the first time since April of 2015 to battle Brazil’s Hacran Dias, and in a lightweight matchup, someone’s winning streak will come to an end when Michael Chiesa takes on Beneil Dariush.