"I feel like I let something go. That is what I’m after." - Anderson Silva

The former UFC middleweight champion - who successfully defended his title a record 10 times before losing the belt to Chris Weidman in July of 2013 - addressed the MMA world today at a press conference in his home country of Brazil.

At the Copacabana Palace in Rio de Janeiro, “The Spider” was all smiles as he talked with the media about his sobering road to recovery from his leg injury last December in the rematch with Weidman and his highly-anticipated return to the Octagon this coming year at UFC 183 against Nick Diaz on January 31.

Flanked by his coaches Luiz Dorea (striking), Rogerio Camoes (strength & conditioning) and Ricardo De La Riva (Brazilian Jiu-Jitsu), Silva hit on a range of subjects over the course of the hour-plus presser, but the most important topic was clearly the Brazilian icon’s leg.
> Watch: Dr. Sanders Explains Anderson Silva's Surgery

“I’m able to execute all the movements I was able to do,” Silva said. “The training sessions are very good. I lost strength in my leg, which is normal. But I am recuperating the strength in my legs. I am going 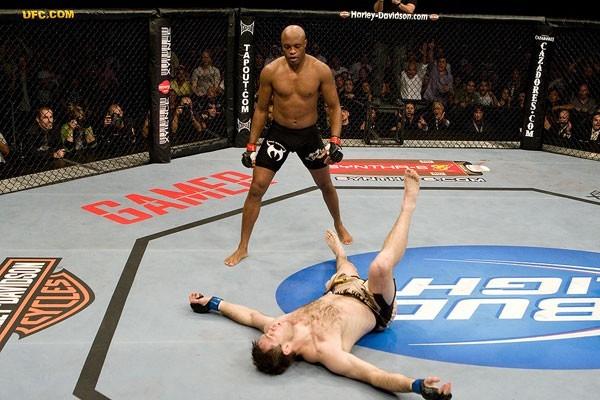 back to my origins and will be able to kick without fear. On fight night, I will be 100%.”

Nearly a year removed from the broken leg suffered when Weidman checked a kick in the second round, the 39-year-old admitted to some dark times immediately after the injury.

“It's something I don't like to remember too much,” he said. I went through the worst moments of my life. When my leg was broken, I thought my career was over. I was depressed and very upset. But I had good people around me, and I think that was what gave me the strength to come back. Now I'm coming back in a new phase in my life. It was good as an experience, but I don't think it will be a hindrance for me.”
> Watch: Anderson Silva Sparring Session

Each of his three coaches agreed, commenting on Silva’s leg with positivity about its current state and their optimism for its future. “The first triangle [Silva] got on me, he got me with the leg that he had operated on, so I think he’s over it,”  legendary BJJ black belt De La Riva said, and his presence at the dais perhaps speaks to Silva’s renewed focus on his ground game.

Meanwhile, Camoes, who has worked with Silva steadily for the past eight years, spoke of the former pound-for-pound king’s mental strength, which will push his charge to be as dangerous as he once was.

“His mind is very good,” Camoes states. “He is very motivated. His motivation makes our training evolve every day. His leg is responding very well. His return is going to be a great success. I think I expect a lot and the world is expecting a lot and I think we will reach our goal of him returning at 100%.” 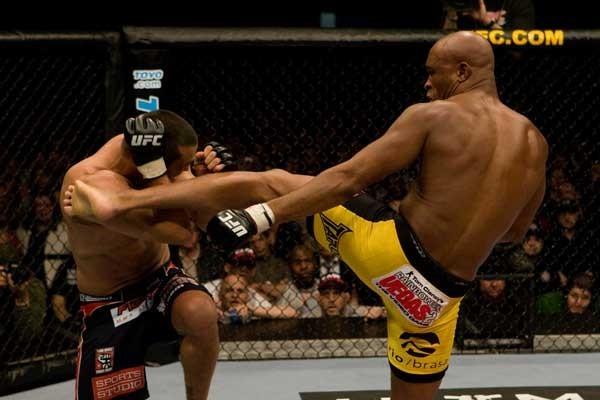 The three-time Olympic boxing coach for the Brazilian national team, Dorea (best remembered for his work with former heavyweight champion Junior Dos Santos) emphasized what the other coaches and Silva believe, that it’s not about creating a new Silva, but getting The Spider back to his roots and making small adjustments. They are not making Silva 2.0, but working as one to get the same man who scored 16 consecutive UFC wins (including 14 finishes) ready to once again walk into the Octagon.
> Watch: Anderson Silva vs. Yushin Okami

“He’s an athlete, and regardless of anything, he is evolving every training session,” Dorea said. “I predict that we will work to stimulate his natural abilities and to gain confidence in his natural movements. I believe it will be a fight with a lot of striking. I believe without a doubt he has more speed and his more power. With all that, we will have a great victory.” 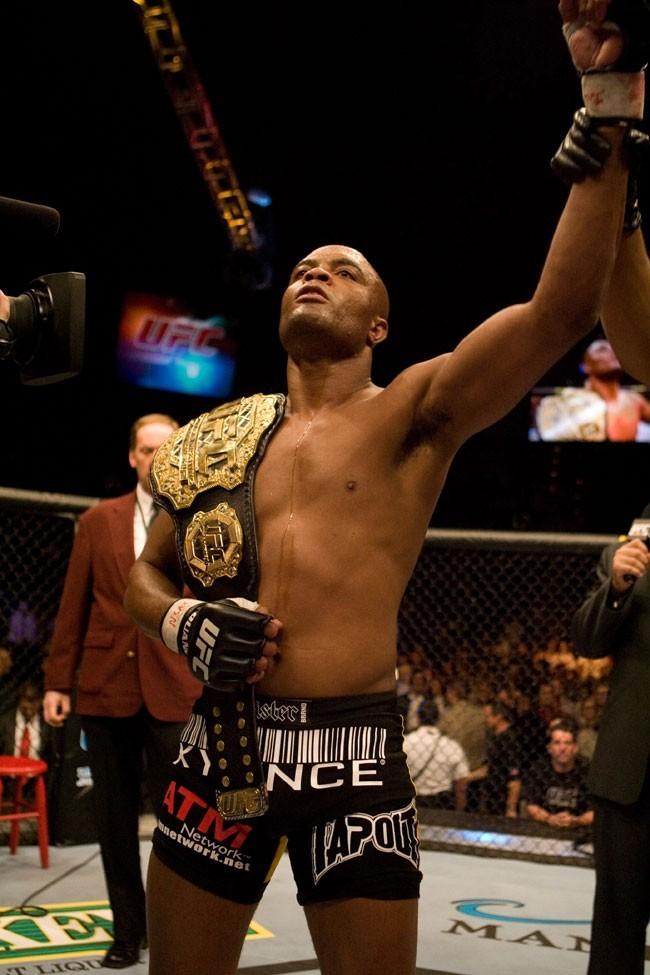 with a lot of contact and a lot of kicking in preparation for his January bout with Diaz.

From there, the questions went in a myriad of directions, from Silva’s forthcoming forays into acting, his support for his teammate and friend Ronaldo “Jacare” Souza to get a title shot, how impressed he is by UFC women’s bantamweight champion Ronda Rousey and his thoughts on professional wrestling.
> Watch: Anderson Silva vs. Stephan Bonnar

Yet the biggest takeaways from today’s event were Silva’s upbeat attitude, his extraordinary inner-circle of advisors with him and Silva’s candid statement that with all he has accomplished in the UFC - he has something to prove.

“I feel like I let something go,” Silva said regarding his last two fights. “That is what I’m after.”