Spicely hitting his prime in time for Liverpool 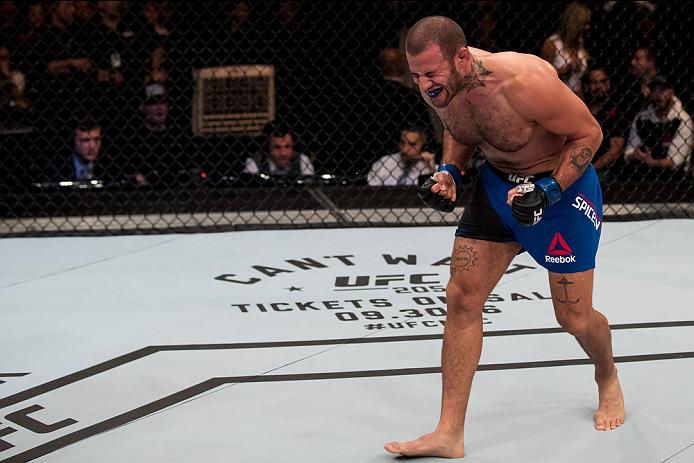 Eric Spicely has never been one to follow conventional thinking. Moving back to Montreal…in December…no less, kept him in that free thinkers club.

“I really felt disconnected,” the Rhode Islander said of his move from Las Vegas to Montreal. “I missed winter, I missed the people in the northeast. There is a sense of love and empathy here that is like no other place. I’m from six hours away in Rhode Island and I’m an east coast guy. I felt like it was time to come home. Tristar is one of the best gyms in the world and from the day I walked back in it was like I had never left.”

Spicely’s return to Quebec comes after a brief stay in Vegas in which he continued to evolve as a fighter and made some good friends, but just wasn’t happy there.

“That’s a huge factor,” he said. “There’s a lot of negative energy there and not so great people I’d rather not surround myself with. I’m lucky to finally be at a point in my life where I’m not stuck.”

While still friends with coach John Wood, at 31, Spicely has reached the point in his life and career where having everything is more important than having one good thing surrounded by ten others you have to settle on. And after back-to-back losses to Antonio Carlos Junior and Gerald Meerschaert, the time was right to go back to the place where he was when he won his two UFC bouts over Thiago Santos and Alessio Di Chirico.

“I think you always need to make changes and strive for improvement,” he said. “That’s why I travel so much and train everywhere I can. There’s so much good information out there and I love learning. Losses help you see what you need to work on in a very explicit way. As much as I hate losing, it’s been my biggest proponent for becoming a better fighter.” 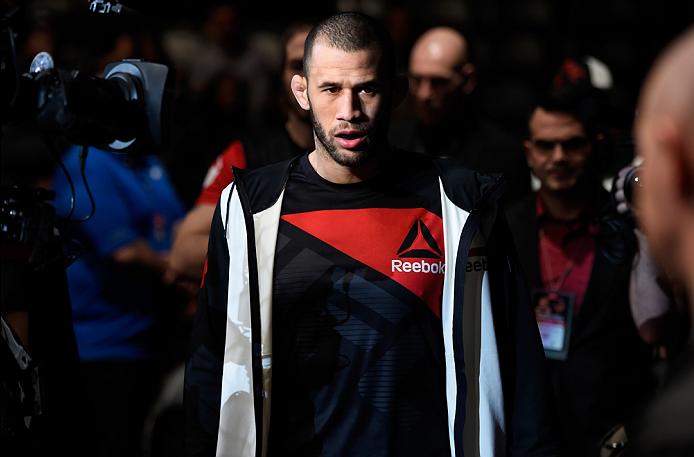 Spicely was in both of the fights he lost and wasn’t just blown out of the water, and while that’s little consolation when losing means getting half your paycheck, he’s been in the game long enough to know that if you don’t take some positives from defeats, you’re going to sink into a hole you might never climb out of.

“Losing sucks any time, but there’s nothing you can do except learn from it, otherwise it will eat you alive,” Spicely said. “Take the good and the bad and grow from it. Every time I’ve lost I’ve grown immensely. Of course, I wish I could wish I could go undefeated but I wouldn’t be where I am right now and I’m happy with my growth.”

Where he is right now is at a crossroads as he prepares to meet Darren Stewart in Liverpool. With a 2-3 record in the Octagon, a win is a fresh start while a loss makes it three straight. But Spicely feels good at the moment and he’s settled in as Sunday approaches.

“This is my sixth fight and I remember the first fight and the feelings,” he said. “Not knowing anyone, not knowing who to ask if I needed something, where to go, what to do. The UFC has really become a second home and I have made a lot of friends that work there. It feels like family. At first, I was just happy to be here and now I couldn’t imagine fighting for anyone else. I have zero stress when I come into fight week now. I guess I’m a UFC veteran now.”

He laughs, clearly at ease before this pivotal matchup, one that could show off the best version of “Zebrinha” yet.

“I feel like I’m hitting my prime, not only physically, but mentally as well,” he said. “My fight IQ has gone up. I’ve never been scared of hard work but I’ve also learned that working smart is very important. I’m learning what works for me and utilizing that.”

Sounds like a pretty calm guy about to fight a Brit in England. But don’t forget that Spicely has some pro wrestling experience in his back pocket, so he’s used to dealing with hostile crowds.

“Pro wrestling has helped me embrace whatever role the crowd wants me to play,” he said. “Listening to the audience and being able to accept the boos, as well as the cheers, and keeping your mind clear is an incredible talent. I have fun and don’t take anything personal. It’s all love. They can hate me before the fight because they want ‘their guy’ to win. But once you perform for them they will love you at the end.”

Love, a win and a trip back to Montreal that’s a lot shorter than one back to Vegas? If it all plays out in Spicely’s favor, that’s a great way to spend Memorial Day Weekend. Just don’t say “New year, new me” to him.

“I wouldn’t say it feels like a fresh start,” he said. “I’m the same person, but I think you’ll see a much better version of myself. The same Eric Spicely that fought Thiago Santos and Alessio Di Chirico - confident and laser focused. Just like Montreal and the win column, I know I’ve been a stranger lately but I found my way back home.”