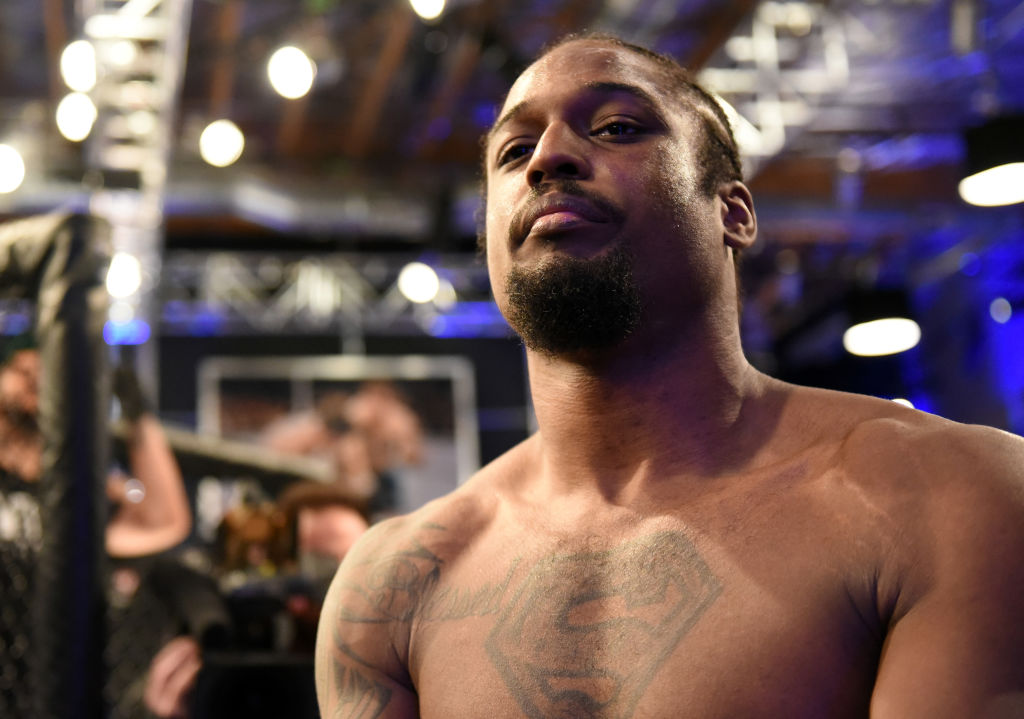 On September 22, Ryan Spann will make his UFC debut against Luis Henrique in Sao Paulo, Brazil. A little over a year ago, the Texan didn’t even know if he was going to ever fight again.

It was a natural reaction from anyone who suffered a crushing defeat on the biggest stage he had ever been on, and after getting stopped in 15 seconds by Karl Roberson on season one of Dana White’s Tuesday Night Contender Series last July, Spann believed that his big chance had passed him by

“Initially, I thought that was it,” said Spann. “For a minute, I was done. I wanted to not do it anymore. In my mind, I just lost five fights and I haven’t even been in the UFC yet. I didn’t see a path for myself.”

A pro since 2013, Spann didn’t lose to lesser foes. Trevin Giles is currently 2-0 in the UFC, Robert Drysdale is an elite groundfighter, and Roberson is a UFC vet as well. But when he fought Roberson for a shot at a UFC deal, he got caught and finished. And with a 10-5 record, he didn’t know if he’d get an opportunity again.

But his coach, Sayif Saud, believed he would.

“Immediately after the Roberson fight, my coach called me and he told me, ‘Well, the good news is, it happened quick,’” recalled Spann. “And I’m like, ‘Well, how is that really good news?’ I’m thinking it’s over, but my coach never gave up on me.”

Neither did Spann’s son. Then only five years old, he had the wisdom of someone decades older when he told his dad, “Do more better.”

That’s all it took. That, and a year’s worth of blood, sweat and tears.

“It was a lot of work,” said Spann of the last 12 months. “After the first season, I got down for a bit and I had to come back. And when I came back, it’s just been non-stop fighting to get back here.”

And a lot of sacrifice being away from his son and daughter, but after three consecutive first-round finishes over LeMarcus Tucker, Myron Dennis and Alex Nicholson, Spann was ready to make his move again. And he had an army behind him to let him know he was ready.

“Sometimes you don’t see it for yourself and you need that outside influence to come in and tell you that you’re on the right path and doing the right thing,” Spann said. “Especially for me. I’m 26 now and for the longest, I haven’t grown up (Laughs), even though I had my son when I was 20 and had my daughter when I was 23. It really took me this last year to really grow up and start to become an adult. So I needed that reassurance that I’m doing the right thing. My brother helps me out with that a lot too and I need that. That’s important for me.”

On June 19, Spann was back in Las Vegas and back in the TUF Gym for a Contender Series fight, this time against Emiliano Sordi. For 99.9% of fighters, it would be a must-win, do or die bout, but Spann was calm and ready, not burdened with what ifs.

“We wanted to come out and just destroy him,” he said. “I wanted to do that from the start. I made a post on Instagram when I was starting to come back a year ago and I tagged Mick Maynard, knowing that he was the matchmaker. I let him know to contact me and my coach and to let us know who his best prospect outside of the UFC is and we’ll take him out in less than 15 minutes. So I came in with that mindset.

“I really didn’t think of it as making a statement in front of Dana and Mick because I fought in front of them a lot and I fought on that stage a lot,” Spann continues. “It was no big deal in terms of who’s there watching. It was something I had to do for me, and I wanted to execute my coach’s game plan. So it was just take him out and show that I’m on a different level.”

The fight lasted 26 seconds, just 11 seconds more than his first in the Contender Series. But this time, “Superman” Spann got the win. And the UFC contract.

“I had a feeling that I was gonna get it,” he laughs, ready to begin the next chapter of his career in Brazil next month. As for the motivational speaker who got him back on track, Spann’s son was happy with his father’s win, but also focused on more pressing matters after the bout.

“I got back Wednesday, picked him up and took him straight to Taekwondo,” Spann said. “I started to show him the fight, but then class started. He did remind me that I was gonna get him a gift for his birthday after my fight.”