Soukhamthath thankful for every opportunity 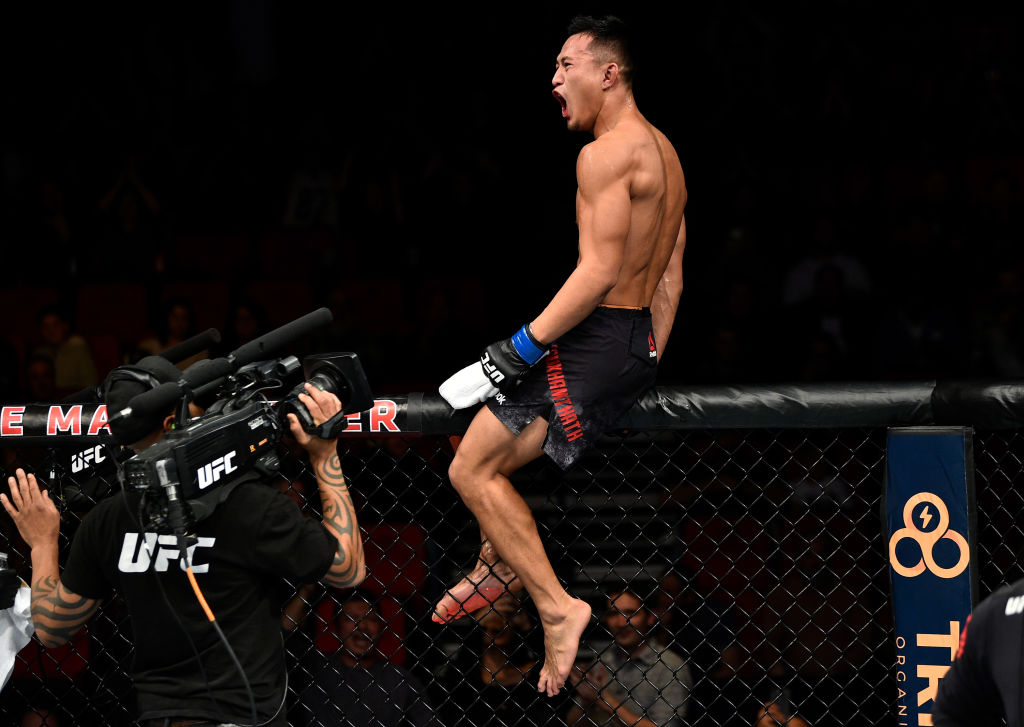 Ask Andre Soukhamthath if he was rolling the dice by taking a short notice fight against Luke Sanders in December, he doesn’t hesitate to say that was exactly the case after an 0-2 start to his UFC career.

“I wasn’t sure if I was gonna get another shot with the UFC,” he admits. “Even though my two losses were split decisions and very close, whether I say I won or not doesn’t change the fact that I still lost. I went on from that, but I felt like if the UFC wants to cut me after those two losses, they really didn’t see me.”

So when Bryan Caraway withdrew from the Fresno bout, Soukhamthath stepped up and raised his hand.

“I felt like I had to call the shot and get the fight,” he said. “Luke Sanders is tough and it was around Thanksgiving, so no one’s gonna want to cut the weight or take the fight on basically a week and a half’s notice. I did.”

And he won, stopping Sanders in the second round. It was a moment he can’t even put into words.

“The emotions that I was feeling were indescribable,” Soukhamthath said. “I put so much into this sport, and not only me, but my wife and my kids. They go through every fight camp, they go through the trials and tribulations and ups and downs. My family is really behind me on this. This is the way I make a living, and I was just really happy that I secured my job in the UFC and showed them the real me.”

He more than secured it, signing a new five-fight deal with the promotion that begins with a UFC 222 main card fight against rising star Sean O’Malley.

“It’s definitely a big deal for me,” he said of his first UFC Pay-Per-View appearance. “It’s good to get recognition. I’ve been in the game for a long time and to get that recognition by the UFC, it’s an opportunity and I’m very thankful for it.” 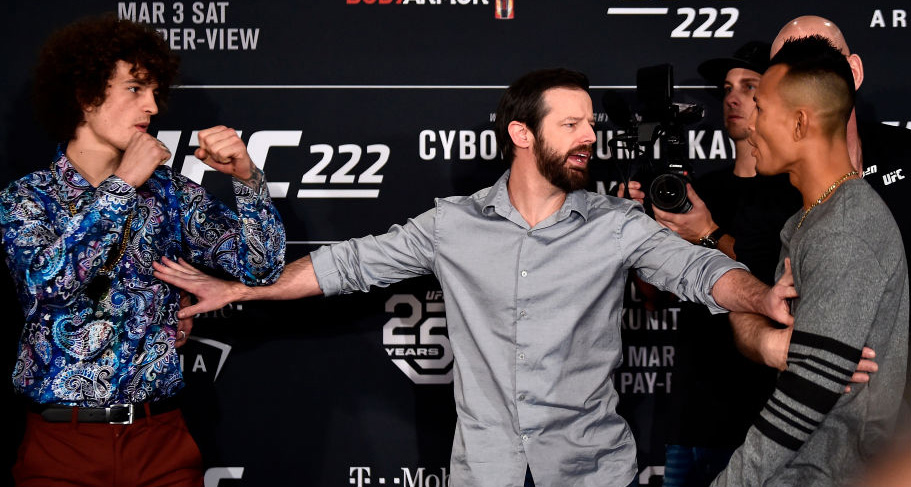 What makes it sweeter for the 29-year-old is that he’s had a rough road to get here, not just in fighting, but in life, and that warrior spirit has been in him for a long time.

“I grew up in the inner city, my parents worked hard for everything they had and I also worked for everything I had,” Soukhamthath said. “So I’m very comfortable fighting. I would get into fights trying to defend myself a lot of times and I think that’s where it comes from. There were times when I had to fight for my bike, when I had to defend myself from getting bullied and getting challenged. I’ve been in a lot of fights before I even started professionally, and it makes it real comfortable for me. It doesn’t scare me.”

In a lot of cases, though, being willing to fight is not enough, and as Soukhamthath waited and waited for the call to the UFC, he soon realized that waiting was the problem.

“I was waiting for the call,” he said. “And once I found out that you had to go out and get it and make things happen, I changed as a person and as a professional fighter. If you want to fight for the biggest organization in the world, you can’t just wait for it to come to you. Maybe it did for some people, but for guys like me, I got nothing handed to me so I had to go out and fight the best guys on the regional scene.”

The call then came in 2017, and while he dropped split decisions to Albert Morales and Alejandro Perez, with the win over Sanders, he proved that he belonged. And he has no intention of leaving.

“One thing for sure is that you can’t count me out,” he said. “I’ve never been finished in a fight and a lot of my losses are split decisions. I fight until the final bell rings. I’m always gonna fight.”