Soukhamthath Made it, Now His Goal Is To Stay

“The goal was to get here; now I need to stay here,” Soukhamthath said. “I really enjoy fighting for the UFC, the biggest promotion in the world with the most talent, and I am just blessed to be a part of it."
By Thomas Gerbasi • Apr. 5, 2019

It was a good Christmas for the Soukhamthath family. After a 1-2 start to Andre Soukhamthath’s UFC career, he expected 2018 to be his breakout year in the Octagon.

And in many ways it was. He didn’t get the win in his first bout of the year against hot prospect Sean O’Malley, but he did earn a Fight of the Night bonus, and then in October, he returned to the win column by decisioning Jonathan Martinez, leaving him in a good position heading into the holiday season.

“It was great,” Soukhamthath said of the Christmas of 2018. “I actually got to spend it in our new house that we purchased right after my last win. So we got to start a new tradition – Christmas in our new house – and the kids had fun, we had a nice dinner, and it was great.”

For the married father of two boys, who turned 30 four days before beating Martinez, it was the perfect time to exhale, reflect, and plot his battle plan for 2019. 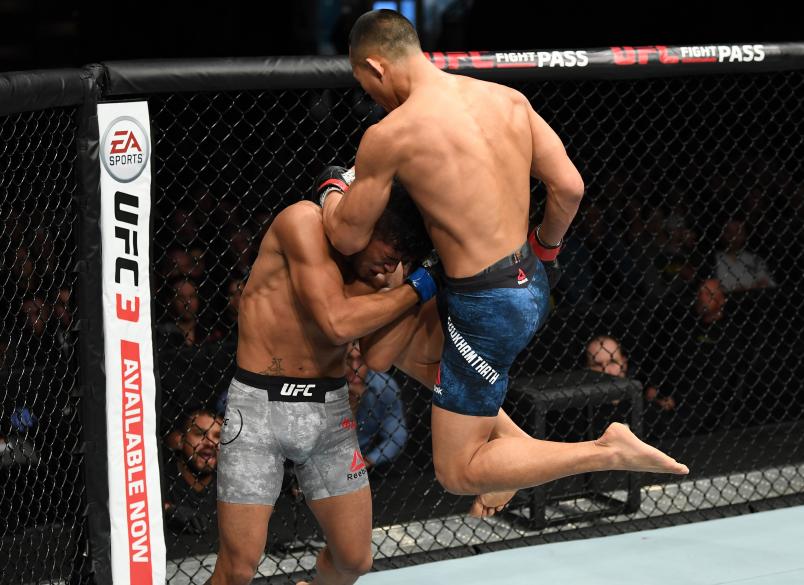 “Being 30 now, I eliminated a lot of things that I didn’t need in my life and, right now, my whole focus is on doing the best I can with this fighting stuff and taking care of my family and being a good husband,” he said. “I plan on doing a lot of big things in my 30s, and it’s just a more mature, grown Andre.”

The big things start with next weekend’s UFC 236 card in Atlanta, where he will have his sixth Octagon bout against Montel Jackson. A win will even up his UFC slate at 3-3, and with that out of the way, he can start his move up the bantamweight ladder. But when you consider that his first two losses to Albert Morales and Alejandro Perez were by split decision and that he may have stopped O’Malley with some strategic adjustments, that 2-3 record doesn’t look that bad anymore. In other words, Soukhamthath has proved that he belongs here. Now it’s time to get the results to match the talent. So it wasn’t surprising that he wasn’t celebrating his two-year UFC anniversary last month.

“The goal was to get here; now I need to stay here,” Soukhamthath said. “I really enjoy fighting for the UFC, the biggest promotion in the world with the most talent, and I am just blessed to be a part of it. I come from a small town, my parents come from a country (Laos) where people don’t even know about this, and for me to be the first person to represent that country and the first person to make it somewhere big out of my town, I want to fight for the biggest promotion, and that’s the UFC and I just need to stay. That keeps me focused.”

The focus involves leaving the family behind for long stretches when he goes to training camp, and that’s not easy. But it’s necessary if he wants to get where he wants to go in this sport.

“Obviously, I have a lot more responsibilities,” Soukhamthath said. “But it takes the guilt away of me being away from my family for seven weeks and putting all that workload onto my wife while I’m gone and being away from my kids who miss me a lot. But I have a job to do. I’m only going to be doing this for five to eight more years, so why not follow my heart and do what I think is best for my career right now, even if that’s going away from my family to get my training done. It’s really hard, but when I’m here, I’m a hundred percent focused on my training and winning the fight, and that’s it.”

Yet while these are tough sacrifices to make, at the same time, knowing that his life outside the Octagon is settled takes away a level of stress while he’s preparing for fight night. 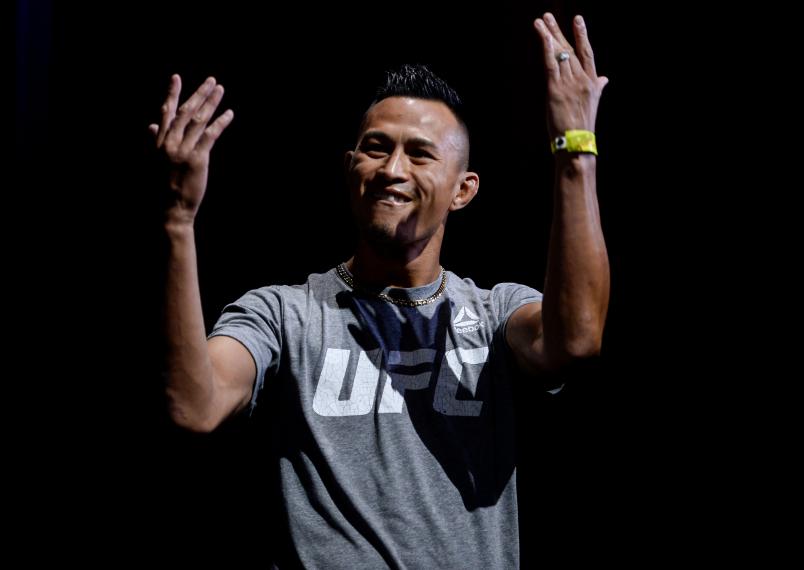 “I’m doing pretty well for where I’m at, and especially from where I came from,” he said. “I have a great job right now fighting for the UFC, I’m living my dream, I have a beautiful wife, she has a great job, I have two beautiful kids, we own our second house now, we’ve got two working cars, and we’re just trying to build a foundation for our family, and this is the start of it. I want our kids to prosper from my legacy, and no matter what they decide to do, they’ll be okay.”

Right now, three-year-old Parker and six-year-old Benson may be following in their father’s footsteps, and dad couldn’t be prouder.

“They grew up in the gym and they know what I do,” Soukhamthath said. “They’re natural athletes and they do everything I did – they play soccer and basketball, they like to run, and they like to wrestle and fight each other sometimes. (Laughs) So they definitely know where they come from.”

And they know that on April 13, it’s time for dad to go to work. Someday they’ll know that he’s doing it all for them, and that’s worth more than any title belt. But title belts are cool, too, and Soukhamthath wouldn’t mind getting one of those before he walks off into the sunset. First, though, it’s a 2019 campaign that he has very particular plans for.

“I’m gonna sign my third contract, that’s for sure,” he said. “I’m gonna go undefeated in these next two or three fights and I’m gonna be in talks of bringing the first UFC ever to Providence, Rhode Island and the Dunkin Donuts Center. And I will be the main event.”