"I’ve got goals to achieve and things to be working on, and it’s not time for me now to be taking a break or relaxing." 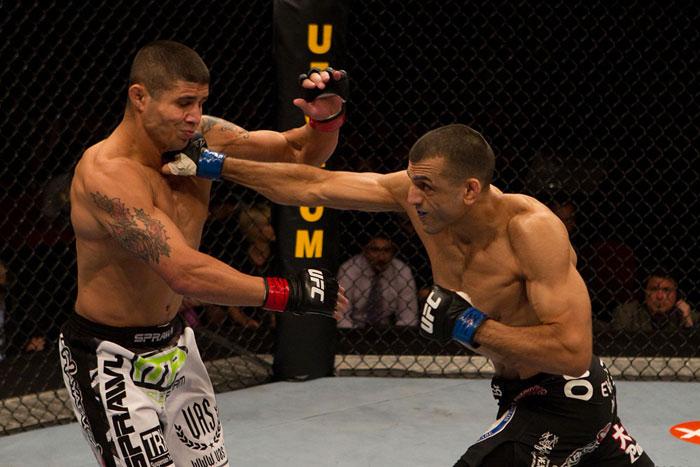 Let’s make this clear right from the start – George Sotiropoulos is no bludger. Not in any way, shape, or form, and he can thank his parents for that.

“If I took a break when I was younger, my parents made you feel guilty,” smiled the highly-regarded lightweight contender. “That was their mentality – to always work hard, and if you did anything that wasn’t work-related, you were considered a bludger, which is an Australian term for someone who is lazy or doesn’t work. My parents are retired and they’re still working, and it’s not because they have to work; they just want to work.”

Sotiropoulos shares that outlook, and it’s not just a snappy soundbite. When the Geelong, Australia native discusses his life, it revolves around his fight career and the work it’s taken (and still takes) to get to where he is in the 155-pound pecking order. That doesn’t just mean he trains hard. For him, fighting professionally is a 24/7 job, so he schedules himself meticulously, takes care of his PR and logistic duties without a complaint, and treats everything involved in his career with the utmost care.

“I like to have my act together,” he said. “I like being organized, I think it’s how my parents raised me to be and it’s how I want to be. I want to be professional in everything I do and I like staying on top of everything and getting ahead in every aspect of life that I possibly can. It allows me to cover my bases and address the aspects I need to cover in training and in fighting, and it allows me to be well-rounded as I plan for the future. I want to be a complete fighter and I think I’m taking the steps to be that fighter, and this allows me to always be prepared.”

Don’t take all of this the wrong way, because all MMA fighters are among the most dedicated athletes in all of sports, but Sotiropoulos takes it to another level, making him one of the game’s most fascinating figures. Just ask him about his down time after his most recent win, a Fight of the Night submission victory over Joe Lauzon at UFC 123 last November.

“I’d like to take some down time, but the second that the opportunity presents itself, I get right back into it,” he said. “I tried to do it briefly for a little while, but then I start thinking and I just want to get back to it straight away. After my last fight, my parents made the trip over from Australia to the event, and then they came and stayed with me in Washington. I loved having them around and I gave my family the majority of my time for that one week, and as soon as that week was up, I got right back into training, and it was hard to not get back into it. I try to spend time with my family after my fights, but it’s usually pretty brief. I’ve got goals to achieve and things to be working on, and it’s not time for me now to be taking a break or relaxing. I’ve got big things ahead of me so I’ve got to stay on the ball and keep my eye on the prize.”

Currently 14-2 in a pro career that began in 2004, the 33-year old is currently displaying his best form yet, as he is unbeaten in eight fights dating back to 2007, with seven of those wins coming in the UFC. Yet despite making it on to most fans’ radar in 2010 with his trio of victories over Lauzon, Kurt Pellegrino, and Joe Stevenson, this emergence has been years in the making.

“Before I was fighting in the UFC, I was going event to event,” he said. “I was doing jiu-jitsu one week, wrestling the next, boxing, then MMA, and back to jiu-jitsu. That mentality always kept me going and always gave me another goal to look forward to and something to always prepare for. I like having something to do, I like having something to strive for, and I feel a sense of achievement every time I set my mind to something and I’m working away at getting it done. It gives you something to look forward to everyday and this is what I love doing. I couldn’t accept myself doing anything else, and because of that, I’m motivated to do it every day.”

His ambition to do great things in the sport is evident, and one of those things is obviously wearing the UFC lightweight championship belt. But even though he’s 7-0 in the UFC and has beaten some quality contenders, a win this weekend at UFC 127 against Dennis Siver would still have him waiting behind Gray Maynard and Anthony Pettis for a shot at champion Frankie Edgar. But there has been nary a peep out of Sotiropoulos regarding a title opportunity, and right now he only cares about Siver.

“I welcomed it (the Siver fight) and I think it’s a great fight,” he said. “He’s as dangerous as anybody that I’m fighting and I’m taking him very seriously. He’s got a lot of threats in his game and some notable wins on his resume. That being said, I’m so focused on fighting him right now and I’m preparing for everything he does in the gym. Anything beyond that is really too much. A lot of guys say they don’t look past their opponents, but the reality is, I can’t look past my opponent because he’s the guy that I’m fighting. I haven’t got a title shot and that’s not what’s being offered to me right now. Dennis Siver is being offered, that’s what’s on my plate right now, and that’s what I’ve got to deal with.”

And the way he sees it, if he can’t beat the hard-hitting Siver, he doesn’t deserve a title shot.

“That’s exactly my mentality, and that’s one of the things that I tell myself,” said Sotiropoulos. “Basically, you have to work your way to a title shot and you have to beat everybody that’s in front of you, and if you don’t, then you don’t deserve it. That’s the bottom line. A title shot is about beating everybody, whether it’s a tournament or climbing the ladder. You have to be all about setting goals and achieving those goals, and right now the goal is beating Dennis Siver.”

After that, it’s anybody’s guess, but what is a given is that with a win, Sotiropoulos will have cemented himself among the 155-pound elite, an increasingly difficult task considering the ever-increasing talent level in the division. That doesn’t mean the work stops though, and no one knows it more than he does. Yet despite his single-minded pursuit of greatness in this game, Sotiropoulos does show his other side when the topic of the recent flooding disasters in Australia and Brazil comes up.

“I just pray to God that everybody gets through this okay and gets to where they’ve got to be in life and recoups everything they’ve lost,” he said. “I pray for the best for everybody and my thoughts are with them.”

HBO Boxing commentator and former sportswriter Larry Merchant once described Hall of Famer Joe Frazier as a truth machine because when you fought him, he would show you who you really were as a fighter. In MMA, Sotiropoulos can easily be tagged in a similar fashion because unless you’ve studied harder and worked more hours in the gym than he has, he’ll find out who you are in 15 minutes or less in the Octagon.

This weekend, a year removed from his triumphant return to Australia at UFC 110, Sotiropoulos is back on the shores that molded him – not necessarily as a fighter, but certainly as a man. And this 2011 “Truth Machine” is not about to mince words about what’s at stake against Dennis Siver. Sure, it’s nice to be home, but if you haven’t done the work leading up to the opening bell, all the cheers in the world can’t save you.

“Since that fight a year ago, my name has grown in the sport and I’ve come a long way in a short time, so I think I’ll have a lot of support behind me, and that’s a great thing to have,” he said. “I’ll use it as motivation and it will have a positive influence, but I’m also a realist, and when the cage door shuts and I hear the clink of the middle latch closing that door, it’s all business and it doesn’t matter what’s going on outside that cage; it just matters what’s going on inside the cage. It’s like you’re being thrown to the lions at that point, so it doesn’t really matter what’s going on outside. It’s your life on the line.”