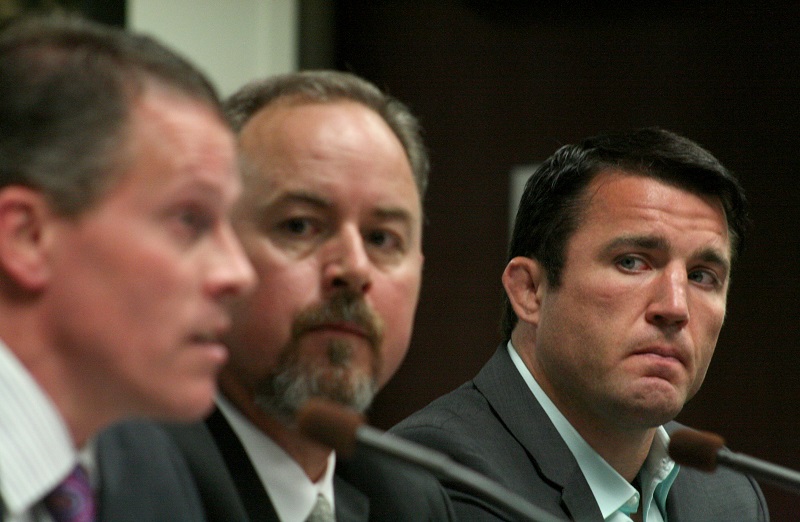 On Wednesday afternoon, former UFC middleweight Chael Sonnen was suspended two years from competing in Las Vegas or anywhere else by the Nevada State Athletic Commission for his admitted use of banned substances earlier in 2014.

Sonnen tested positive for anastrozole, clomiphene, human chorionic gonadotropin, human growth hormone and recombinant human erythropoietin (EPO) in a pair of failed tests before UFC 175, forcing him off the card and prompting his subsequent retirement.

Sonnen's representative read a prepared statement and then the former middleweight contender answered the committee's questions. Sonnen admitted his guilt and said he was embarrassed for his actions.

"I have tremendous regret and embarrassment," Sonnen said while answering the committee's questions. " 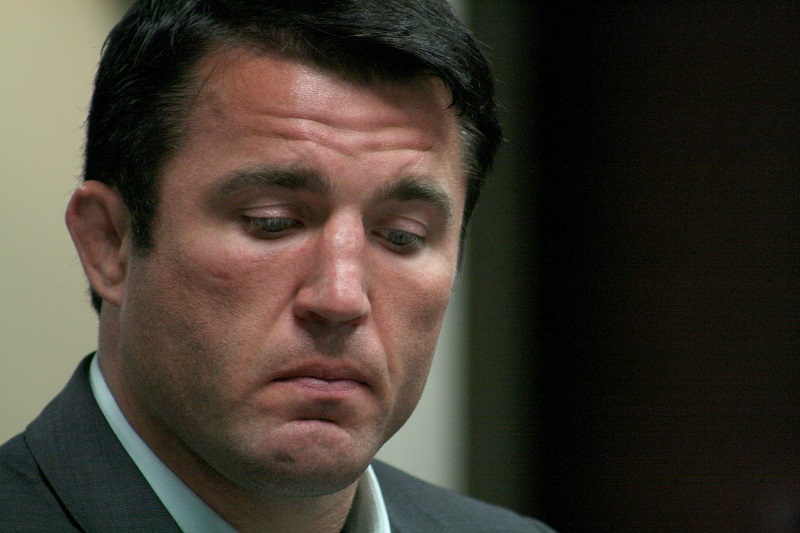 As part of the punishment issued to Sonnen, he will be forced to pay the expenses for the committee's doctor in the case and will be expected to assist the commission and work with it to help educate fighters, in addition to his two-year suspension.

Commissioner Anthony Marnell wanted a lifetime ban for Sonnen because he thinks that cheating in sports is unforgivable. But after further deliberation by the committee, it decided as a group that a two-year ban paired with Sonnen's termination from FOX together are an appropriate punishment.

Sonnen did not speak to the media after the hearing.

Check out photos from the NSAC hearing