Chael Sonnen has announced his retirement from the sport of mixed martial arts. 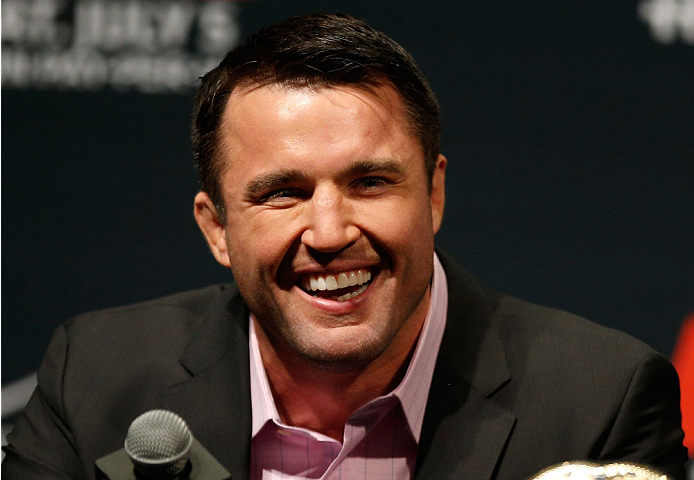 Following a whirlwind two days that began with a removal from July’s UFC 175 card due to a failed pre-fight drug test, three-time world title challenger Chael Sonnen has retired from the sport of mixed martial arts.

“I had a great time,” said Sonnen, who made the announcement on FOX Sports 1’s UFC Tonight show.

On Tuesday, it was revealed the Sonnen had failed a random pre-fight drug test administered in May for anastrozole and clomiphene - a pair of drugs that are used to block and/or reduce estrogen in the body. Both are on the Nevada State Athletic Commission and WADA’s banned substances list. Sonnen stated that he was using the drugs to help transition from the TRT that is no longer legal for fighters in Nevada.

“I want to stay within the rules, and I don’t fully understand them, and I have to put my health first,” said Sonnen. “I have to put my family first. If I know what I know now, and I know that this is going to work and I’m going to be able to get my wife pregnant and look forward to having a family, I’m going to do the exact same thing 20 more times, which is going to put me out of compliance 20 more times. Let me just remove myself.”

With Sonnen out of UFC 175 and a suitable replacement opponent not able to be found, Sonnen’s opponent, Vitor Belfort, has been removed from the card as well.

As for the self-proclaimed “American Gangster,” one of the most popular, yet polarizing, figures in the sport will walk off into the sunset, having challenged three times for UFC titles against Anderson Silva (twice) and Jon Jones. And while he fell short in those bouts, Sonnen’s impact was certainly felt over the course of his 17-year pro career, one which left him with plenty of people to thank Wednesday evening, including his coaches, friends, his employers past and present, and an old rival from Brazil

“I want to thank the single most important opponent that I ever had. I couldn’t have got to where I am without this dance partner, and it’s of course you, Anderson Silva,” said Sonnen, who engaged in classic bouts with the longtime middleweight champion in 2010 and 2012. “Thank you for the opportunity, thank you for the memories, thank you for the invitation to the barbecue, even though I didn’t take you up on it. I want to take an opportunity to officially announce my retirement from competitive mixed martial arts.”