Song Yadong Is Ready To Burst Onto The Scene

After a great knockout victory at UFC 239, Song Yadong primed to become a contender at bantamweight.
By Thomas Gerbasi, on Twitter: @TGerbasi • Dec. 6, 2019

Less than a week after his 22nd birthday, it’s safe to assume that Song Yadong is living a life unlike most of his peers back home in China. But with his fifth appearance as a UFC fighter approaching on Saturday, he has no regrets.

“This is for my dream,” said Song, who faces fellow bantamweight contender Cody Stamann in Washington, D.C. “And my family is behind me. They are the ones encouraging me to move forward, even though the sacrifices are that I can’t enjoy most of my time like others at my age.”

Considering that he has been fighting since 2013, Song is likely used to doing things his own way, eschewing partying and other aspects of a young man’s life to pursue a world championship in mixed martial arts. That includes leaving home in Heilongjiang to train in Sacramento with the Team Alpha Male Squad.

“It’s because of the training I had in the U.S. for these two years that I have a great place in the UFC now,” he said. “And Team Alpha Male is my favorite team; I like their style and they have lots of fighters that are around my weight.”

That doesn’t mean it’s been easy – both in the gym and outside of it – but Song is embracing the opportunity to break out of his comfort zone and begin this chapter of his career and life.

“The biggest adjustment I had is that I’m more mature and independent now,” he said. “It’s not like in China because I don’t have lots of friends and family members here. I have to do everything by myself.”

And he’s doing just fine. In his first four UFC bouts, Song is unbeaten, with finishes of Bharat Khandare, Felipe Arantes and Alejandro Perez, as well a decision over Vince Morales. Each of those finishes earned him Performance of the Night bonuses, and while he talks of those extra checks as a happy accident of sorts, it’s clear that when he’s in the Octagon, he’s chasing finishes.

“I didn’t intend to get the bonus every time, it’s just that I tried to use what I learned,” he said. “When it’s good, then the bonus is there.”

So no extra attention to being a risk taker? 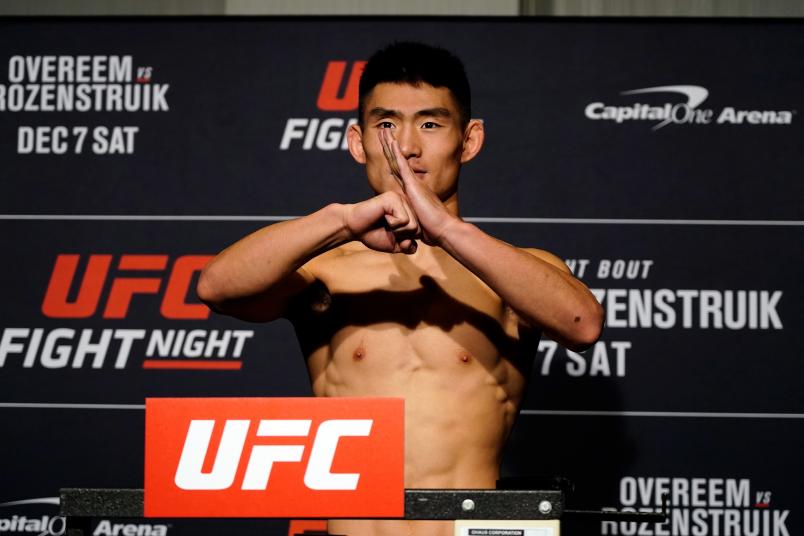 Song Yadong of China poses on the scale during the UFC Fight Night weigh-in on December 6, 2019 in Washington, DC. (Photo by Jeff Bottari/Zuffa LLC via Getty Images)

“I think fighting in that cage is a risk,” Song said. “If you want to win, you have to be active, and to be active means you need to take risks.”

It’s why Song’s fan base is growing rapidly, and why he’s landed in the bantamweight top 15. And a win over the No. 9-ranked Stamann will likely lift him out of his No. 13 spot and push him further up the 135-pound ladder.

“My opponent is a well rounded fighter, a smart fighter, and he is very powerful and good at wrestling and striking,” said Song. “But I don’t think he will threaten me with anything.”

It’s a confidence that comes with success, and given that Song has only been on the roster for two years at the age of 22 makes it even more impressive. 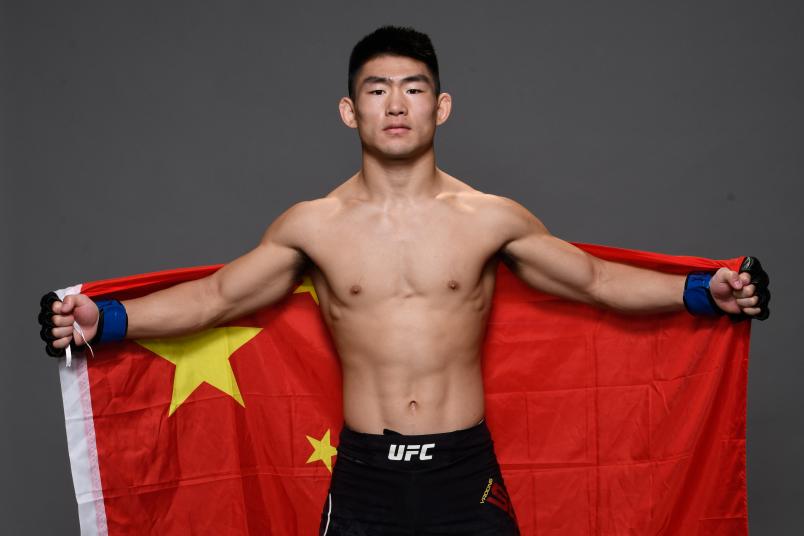 Song Yadong of China poses for a portrait during the UFC 239 event at T-Mobile Arena on July 6, 2019 in Las Vegas, Nevada. (Photo by Mike Roach/Zuffa LLC/Zuffa LLC)

“I feel time flies for these two years,” he said. “It went really fast and I got more mature; I’m like another person now. And these two years are the most tired years because I never stopped training. It was not like this before.”

But it is his life now. And he’s ready for more.

“For 2020, I would like to fight some more top guys, and after about two more wins, I might get that chance for a title fight.”