Sacramento, California is a long stretch from Tianjin, China, but as the saying goes, “If it ain’t broke, don’t fix it.” And arguably, there’s nothing broken about Song Yadong’s performance in the UFC to date since relocating to Urijah Faber’s famed gym.

“Team Alpha Male, his kind of weight class, it’s a great place to be,” said UFC commentator Michael Bisping as he watched Song take on Julio Arce last November. “It shows a commitment to your craft. It shows you want to be the best that you possibly can be.”

Song would illustrate Bisping’s praise roughly five minutes later with an emphatic TKO victory over Arce, bringing his UFC record to 7-1-1. In a rise that has included victories over division notables like Casey Kenney and Marlon Vera, the finish seemed to bring Song’s Octagon potential full circle. 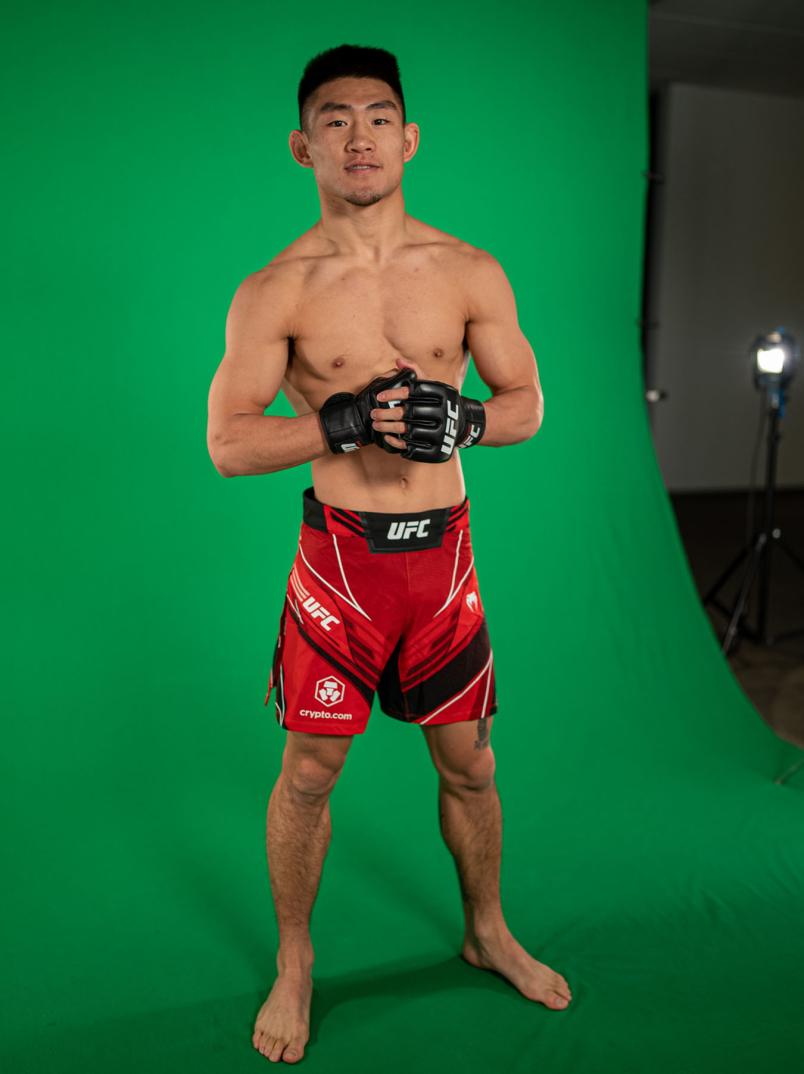 “It’s tough to live up to the hype when you’re a prospect out of China that was as highly touted as he is,” remarked play-by-play announcer Brendan Fitzgerald. “But in large part, he has.”

It’s not hyperbole to suggest that this week’s matchup vs veteran Marlon Moraes is the biggest of Song’s career to date. The March 12 bout on UFC Fight Night: Santos vs Anakalaev finds Song in the co-main slot for the first time since arriving in the UFC back in 2017. But if he turns in another first-rate performance Saturday, it’s a safe assumption that he should get used to being featured near the top of the card.

There could be a layman’s temptation to suggest there’s a potential changing of the guard in this matchup, that Song is a fighter on the come-up while Moraes is heading in the wrong direction, but that storyline is lazy at best and outright nonsense at worst. Sure, the Brazilian is 1-4 in his last five and hasn’t won in nearly three years, but those losses were to the cream of the bantamweight crop: Merab Dvalishvili, Rob Font, Cory Sandhagen and former champ Henry Cejudo. And his lone win during that stretch was versus former featherweight champ and living legend Jose Aldo. It’s not like Moraes has been out here fighting tomato cans. But this will be Song’s opportunity to show he’s ready for his seat at the big kids’ table.

“I don’t feel like [Moraes] is a fighter on his way down. He’s a tough fighter. He was just unlucky to lose a few fights.

“Every day I’m thinking about his fight, envisioning in my mind how I can knock him out. I would like to finish him; I don’t want to wait for a decision. This might be the toughest opponent of my career, but I’m still calm like my last two fights. This is how I take it.”

In any discussion of Song’s career, it’s obligatory to mention his age, mostly because it puts a bigger exclamation point on his work to date. Although he just turned 24 in December, the Moraes fight will mark his 25th professional tilt dating back to 2013. A veteran of the RUFF, WLF and One promotions, he arrived already with a lifetime of Fight IQ when he made his UFC bow at the tender age of 19. Now a father himself, would he ever welcome his young son into the family business?

“Of course, I wish he could fight one day,” he smiles, “But I know as a fighter it’s very hard. So I would respect him if he wanted to do something else.”

Minimally he’s hoping the lad can watch his father perform in front of an adoring home audience, praying that it comes sooner than later.

“I’m very excited about this. The UFC hasn’t held a fight in China in over two years. If there is going to be an event in China, I would really like to be on that card.”