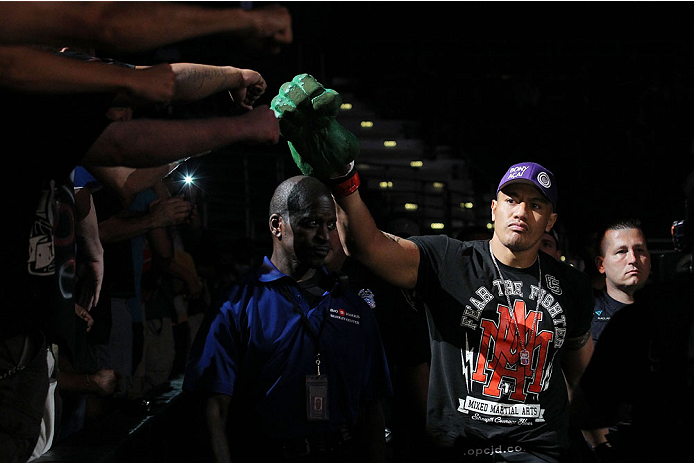 The members of the UFC heavyweight roster can rest easier tonight, knowing that they won’t have to worry about facing the ferocious ground-and-pound attack of Soa Palelei anymore, as the fighting pride of Perth, Australia has announced his retirement at the age of 38.

“I want to take an opportunity to officially announce my retirement from the sport of Mixed Martial Arts,” Palelei wrote in a statement released on Tuesday. “Thank you to the UFC, Dana White, Lorenzo Fertitta and Joe Silva for giving me a second chance to fight for the organization. I've had a great time, but feel it's time to focus on my family and other career interests. After several months of thought and discussion with my family and my team, we realize our future includes many things in MMA, but active competition in the sport is no longer one of them. This isn't goodbye, as I will still be very much involved in the sport but just not as a fighter. I want to help further MMA around the world and give my contribution to the sport. I know that I have, and will continue to contribute much to the growth of our sport outside of the Octagon. Stay tuned guys as there is still so much more to come from "The Hulk." ‪

Leaving the sport with a stellar 22-5 record, one of Palelei’s most impressive accomplishments was that each of his victories ended before the final bell, 19 of them by knockout. Four of these wins took place during his second stint in the Octagon, as “The Hulk” stopped Nikita Krylov, Pat Barry, Ruan Potts and Walt Harris, with only two losses at the hands of Jared Rosholt and Antonio Silva.

Known for a ground-and-pound game that spelled lights out for practically any opponent he got to the mat, Palelei always brought excitement and ferocity on fight night, yet he remained an affable ambassador for the sport outside the Octagon, a role he plans to continue in his retirement years.