Read on for UFC: Gustafsson vs. Manuwa prelim results...

After taking his first UFC fight against Gegard Mousasi on just a few days’ notice last April, Ilir Latifi showed what he could do with a full training camp, as he submitted veteran Cyrille Diabate in the first round of their UFC Fight Night bout Saturday at London's O2 Arena.

After no action for the first minute of the bout from the light heavyweights, Latifi - who lost that bout to Mousasi via decision - got things going with a takedown attempt, and he easily got France’s Diabate to the canvas. The powerful Latifi didn’t waste any time looking for the finish, and after sinking in a tight choke, he got it, prompting Diabate to tap out at the 3:02 mark.

Diabate, who said before the match that this would be his last fight, retires with a record of 20-10-3.

"Obviously I’m disappointed but now I walk away from the sport," said Diabate. "I want to thank my fans and the guys who have helped me train over the years.  I will focus on teaching now."

The pace was frantic at the start, with London native Barnatt’s striking sharp as Nilsson tried to close the gap on his much taller foe. In the second minute, Nilsson began finding his range and Barnatt’s chin, putting his opponent on the defensive. Barnatt got back to business soon enough, again using his substantial reach advantage to peck away at the Sweden native from long range. In the final minute, a left kick to the head rocked Nilsson, and Barnatt wouldn’t let him off the hook, blasting off a series of strikes until referee Marc Goddard halted the bout at 4:24 of the opening stanza.

Octagon newcomer Claudio Silva earned the win in his middleweight bout against Bradley Scott, bookending a rough second round with strong enough efforts in the first and third rounds to nab the unanimous decision victory. 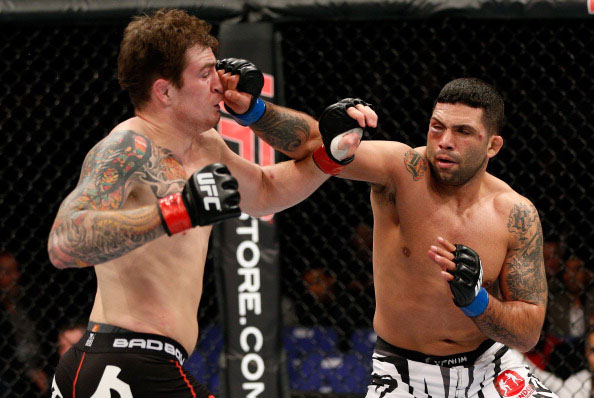 After a minute of trying, Silva got the takedown and was able to transition into the mount before Scott broke loose and got back to his feet. Silva still looked to put Scott on his back, but the Brit’s takedown defense was solid as he kept stalking his foe. After an inadvertent eye poke by Silva forced a brief halt to the action, the London-based Brazilian did get his second takedown, keeping Scott grounded until the bell.

Scott’s strikes began to land with more frequency in the second round, producing a welt around the right eye. Midway through the frame, Scott had Silva in trouble thanks to some hard body shots, and fatigue wasn’t helping the Brazilian any. Silva was able to make it through the round though.

Scott took a poke to his other eye in the third round, with Silva receiving a stern warning from referee Neil Hall but no point deduction. And just as in the first frame, Silva showed more urgency after the foul, and he took Scott’s back as the two stood. Scott stayed cool as Silva lost the position, but “Hannibal” kept the pressure on with ground strikes, doing enough to secure the win.

Brazil’s Igor Araujo made it two for two in his UFC career, winning a shutout three round decision over Doncaster newcomer Danny Mitchell.

Araujo (25-6, 1 NC) fired off some flashy kicks to start, using them to disguise his ensuing takedown attempt. Mitchell (14-5-1) was ready, as he defended well and ended up in the top position on the mat, but Araujo reversed smoothly and the two proceeded to battle for position on the ground, Mitchell seeking out a leg lock and Araujo calmly eluding danger while firing off strikes at his foe.

Controlling matters on the mat for much of the second, Araujo had a good round, despite Mitchell’s game attempts – including a flying triangle attempt when the two stood - to make something happen.

In the third, Mitchell got caught in a triangle choke as the two went to the mat, yet the Brit was able to get free and he then went on the offensive, only to have his own submission attempts come up empty. In the final moments, the crowd erupted as the two slugged it out from the ground, but it wasn’t enough to give Mitchell the edge needed for victory.

Flyweight contender Louis Gaudinot silenced the crowd in the opener, submitting British veteran Phil Harris in the first round. 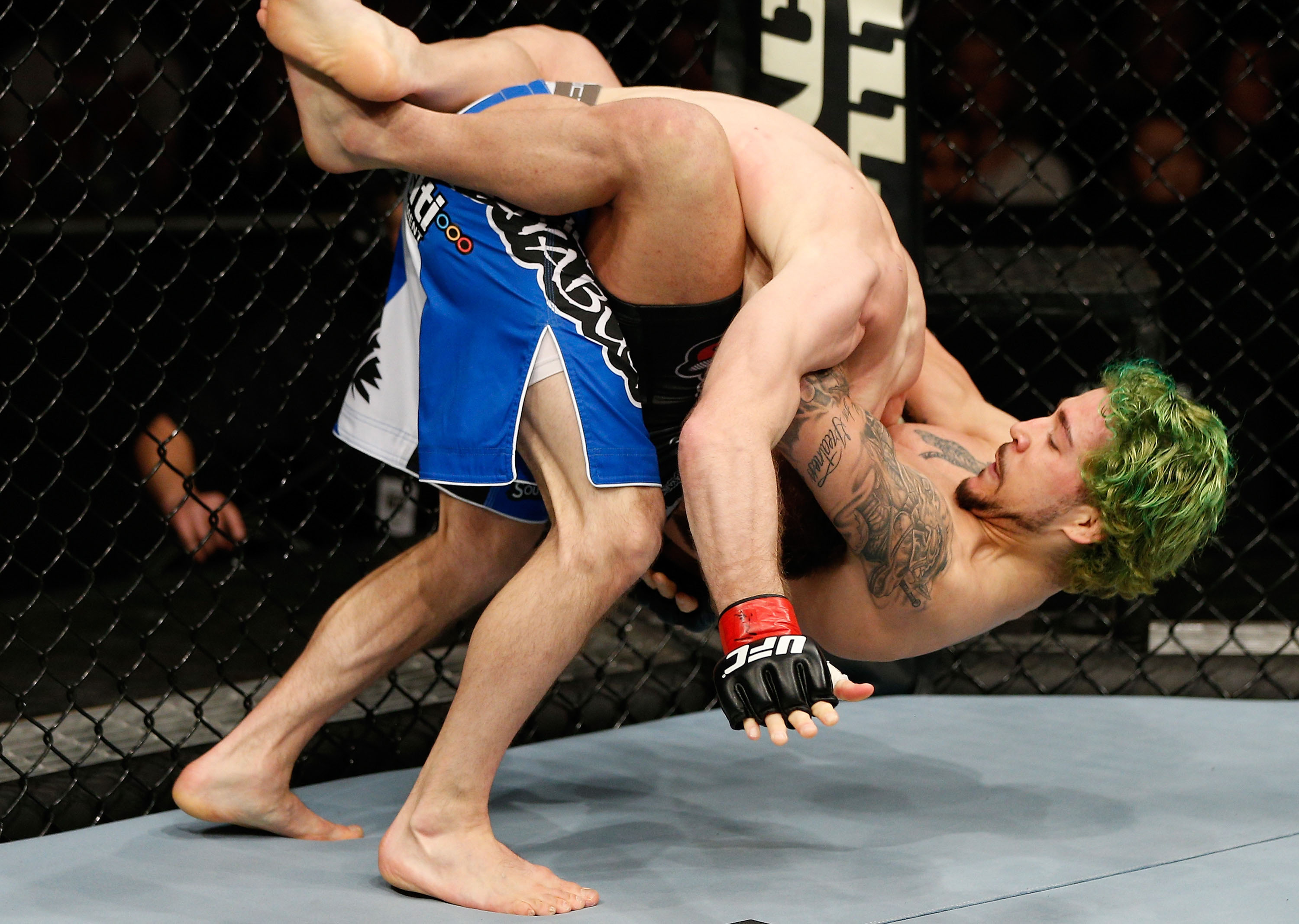 Harris was intent on getting the takedown as the fight commenced, but it proved to be the Portsmouth native’s downfall, as Gaudinot didn’t just defend, but in the process he was able to sink in a standing guillotine. And when Gaudinot pulled guard and the bout hit the mat, Harris was forced to tap out. The time was 1:13.

"I always look to finish and I immediately saw an opening and went for the choke," said Gaudinot. "My camp and I knew that he didn’t want anything to do with a standup war and he tried to take me down but I was prepared.  That was a performance I knew I was capable of."