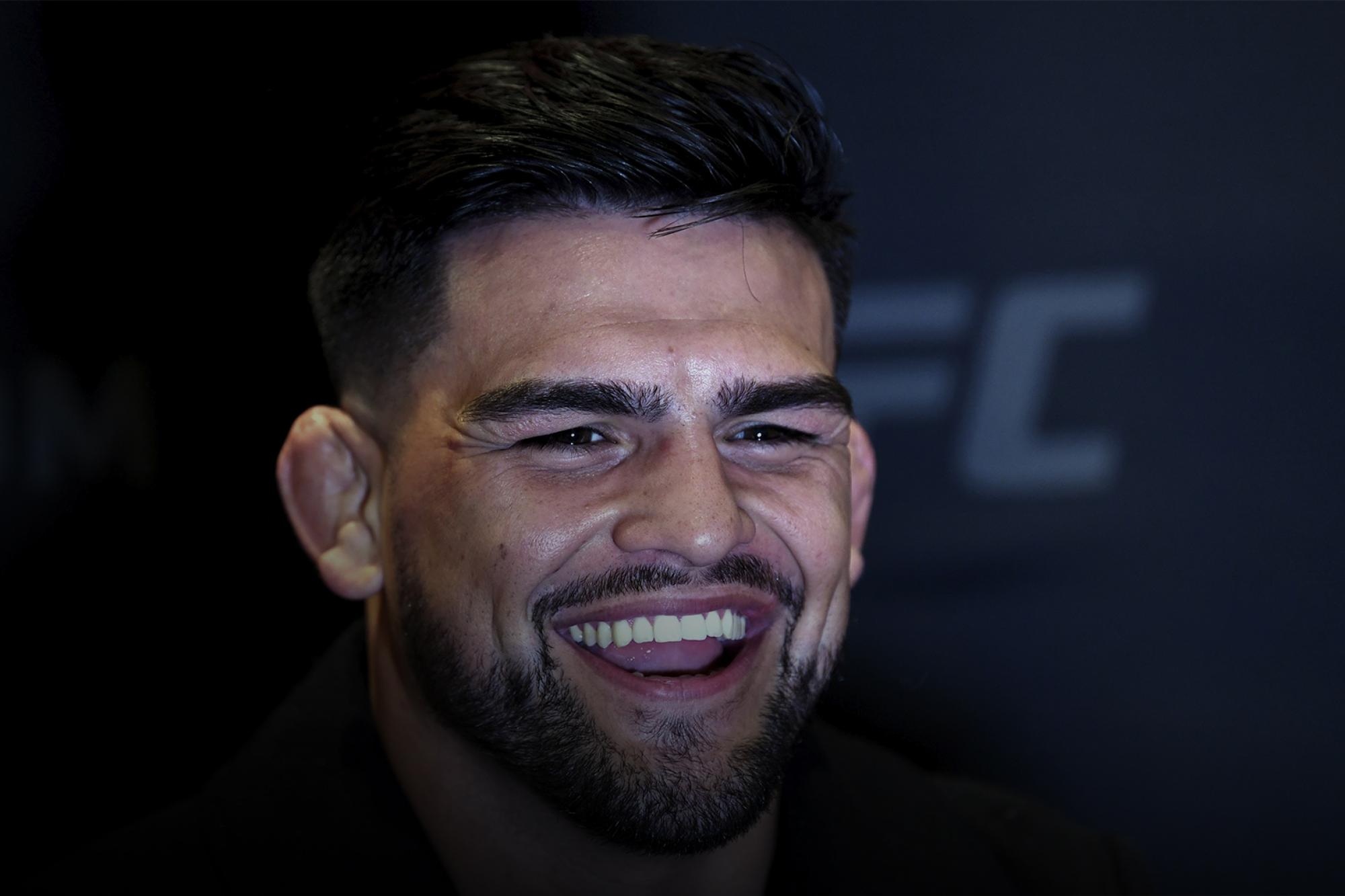 Sky Is Still The Limit For Kelvin Gastelum

"I saw how much room for growth there is and how close we are to being there and I still think the sky’s the limit."
By Thomas Gerbasi, on Twitter: @TGerbasi • Nov. 1, 2019

Most fighters talk of “leaving it all in the Octagon.” Few know what that entails unless they’ve been there.

Kelvin Gastelum went there in April with Israel Adesanya, fighting for five intense rounds that remain the best 25 minutes we’ve seen in 2019. Both men left it all in the Octagon in search of victory. But only one would get it. It was Adesanya. And Gastelum was crushed.

“It was pretty tough,” said the former Ultimate Fighter winner. “You work for something your whole life, and you’re thinking once you get the shot you’re gonna get there, but you don’t. I was so ready to win that fight.”

He did everything he could to get his hand raised, leaving it as one of those rare fights where there are no losers. Don’t tell that to Gastelum, who took a break before even considering going back into the gym.

“I took some time off, and I never had a fight like that affect me – not just physically, but also mentally. I had to make sure I was in the right mindset before I went to camp because it’s devastating to lose a fight like that. It was so close but, at the same time, I’m a positive guy, I took the positives out of it and looked to the future. I saw how much room for growth there is and how close we are to being there and I still think the sky’s the limit. I feel like I have a whole future ahead of me and I’m excited about it.”

That future for the 28-year-old is now, or more accurately on Saturday night, when he makes his return to the Octagon to face Darren Till in the UFC 244 co-main event at Madison Square Garden. It’s an intriguing pairing but also one that surprised a lot of people when it was announced. You might want to count Gastelum among that group, but when he couldn’t get a fight with anyone above him at 185 pounds, the man from Liverpool making his middleweight debut made perfect sense.

“I knew I was still in the title picture, and maybe if I got the right opponent I’d be able to fight for the title again, but all the top middleweight contenders were all booked up and I really wanted to fight on that MSG card,” he said. “So the next best thing was this Till matchup. He’s a big draw, a big name and I thought it would be a good fight for MSG.”

Gastelum also believes that with such a high-profile matchup, he can make the kind of statement that will put him right back in the conversation for a rematch with Adesanya for the belt. And though he respects Till, he feels this is the right opponent at the right place and time for him.

As for the events of April 13, 2019, Gastelum has come to terms with the loss. He knows it will always be a part of his story, but he’s fine with that.

“It felt like it needed to happen so a new version of me comes out,” he said. “And I think people are gonna like it.”