Size Matters? Not to Louis Gaudinot

“I’m looking to go out there and make a statement and show what the
smaller weight classes are all about and show the UFC and the fans why
they should add the flyweight division.” - Louis Gaudinot 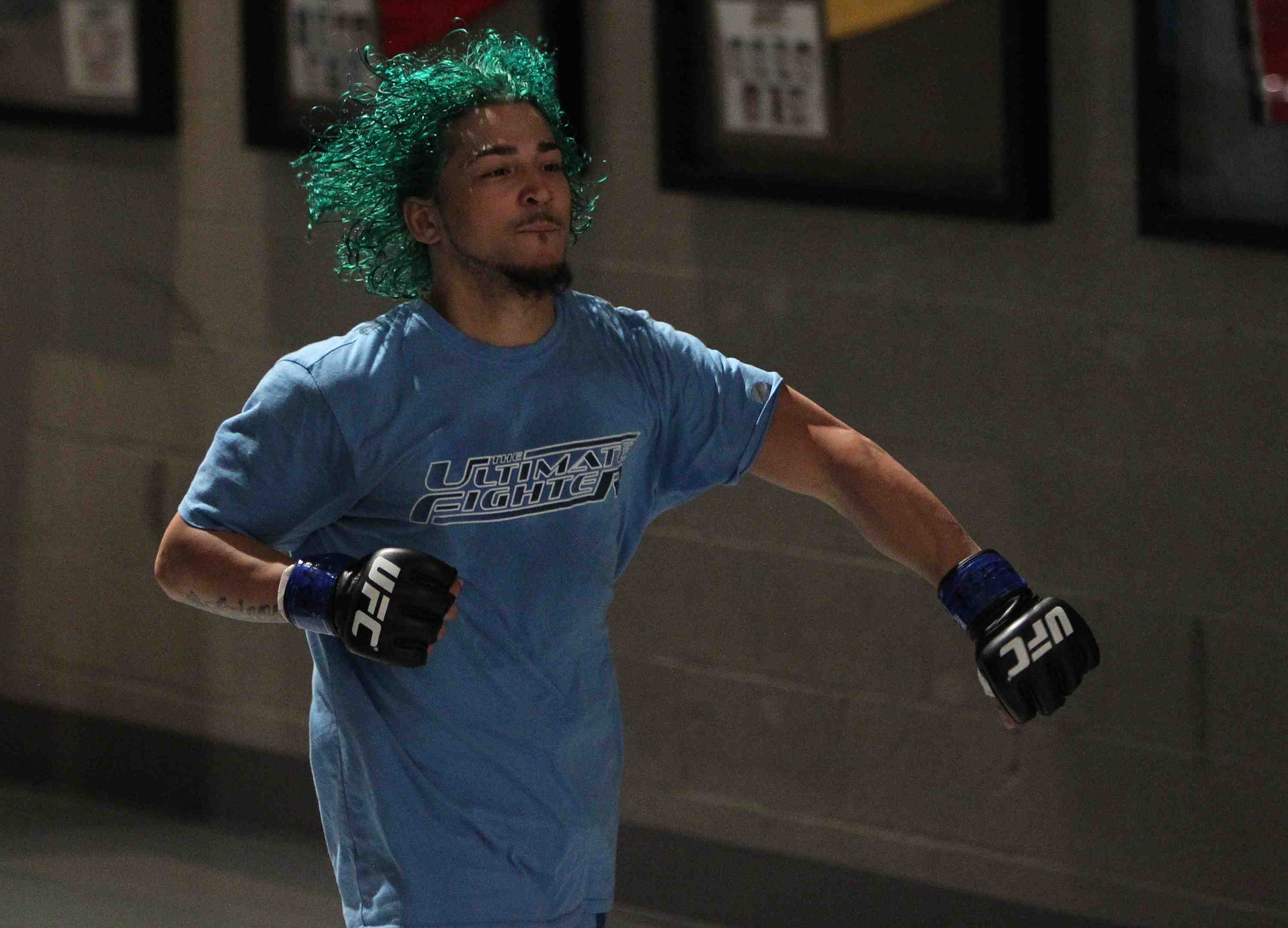 At 5-foot-3, and having fought much of his two year pro career as a 125-pound flyweight, The Ultimate Fighter 14’s Louis Gaudinot isn’t used to having too many advantages on his side on fight night. But in a nod to the original UFC fighter who was always the one on the short end when it came to size and strength – Royce Gracie – the New York native almost always finds a way to get things done.

“The UFC doesn’t have my division, but to try out for the show at 135 (pounds) was a big opportunity, so I decided to take it,” said Gaudinot, who not only made it into the TUF 14 house, but also earned a spot on Saturday’s finale card against Johnny Bedford. “To me, it’s kinda like what martial arts is all about – the smaller guy being able to beat the bigger guy, not based on power and that sort of stuff, but based on your technique. When I go out there I’m trying to be the better martial artist and have better technique than the other guy, so it doesn’t matter if he’s bigger or stronger. I’m still gonna come out on top.”

In six fights thus far, he’s come out on top five times, with his only loss coming via decision to bantamweight Nick Cottone in his second bout in 2009. But given his size, getting into the UFC wasn’t an option since the organization hasn’t introduced the flyweight division yet, and getting meaningful fights at 125 pounds on the east coast has been a no go as well. So he was forced into a holding pattern of sorts, fighting just twice in 2010 and not at all in 2011 before the show.

“When I went pro, I started at 125 and there were rumors that the WEC was gonna add it (the flyweight division), and I was looking forward to that, but when the WEC and UFC merged, they kinda put those plans on hold, and it’s still up in the air about next year and when they’re gonna add the flyweights,” said Gaudinot. “I’m ranked number 10 in the world at 125, but it’s hard to get a shot at anybody above me in the rankings because they’re scattered throughout the country, and even the local shows, they don’t want to pay to fly somebody out and give them a good show purse, so you start taking these fights against people that aren’t helping you move up the ladder when I know that if I was a 155er or 170 pounder, I could get better fights with tougher competition and help myself move up the rankings or probably be in the UFC already. So I wouldn’t say it’s discouraging, but it’s definitely a bigger challenge than being in one of the other weight classes.”

It’s a challenge Gaudinot has taken on though. Even though he knew he would likely be overpowered by most opponents on TUF14, he toppled respected Paul McVeigh before losing to Dustin Pague in the quarterfinals. He also earned the respect of coach Michael Bisping, who made him his first pick, and of his peers. In addition, he made an impression on viewers with his aggressive fighting style and something a little bit off the beaten path – a bright green mop of hair that has become his calling card.

“I started out doing the green hair just as something to do,” said the 27-year old. “It wasn’t really a marketing tool, but it’s definitely turned into that. (Laughs) Whenever somebody watches the show, they’re like ‘man, you always stick out because you see the green hair right away.’ But after that first fight, which was definitely action-packed, they knew I wasn’t just a gimmick fighter with green hair. People saw that I had skills and talent and I beat the number one bantamweight from Europe. But the green hair definitely helps me a lot. I’m in the mall now and people recognize me and come up and want to take pictures, so it’s definitely working in my favor.”

Gaudinot got a true dose of his new life in the spotlight a few weeks back at UFC 139 in San Jose, as a simple trip to the bathroom took over an hour as he was greeted by fans wanting autographs and pictures. But it’s no problem for the Yonkers product, who is appreciative of all the attention.

“Some people say they don’t like the attention, but when you’re fighting in front of 5,000 or 10,000 people, you’ve got to like the attention a little bit,” he said. “I was in San Jose for UFC 139 because one of my teammates (bantamweight Nick Pace) was fighting, and it took me literally an hour just to go to the bathroom and get back to my seat because everybody recognized me. But to have people appreciate your skills and your work ethic and all that stuff, I’m enjoying it.”

But now he needs to earn his place in the Octagon with a win on Saturday night against castmate Bedford, who holds a seven inch height and eight inch reach advantage over him. That’s no joke, but as Gaudinot makes sure to note, this is where his skill level comes in as the equalizer.

“My take on this is that he (Bedford) is looking for an easy fight and he thinks I’m gonna be an easy fight,” said Gaudinot. “He’s one of the bigger guys at 135 and I was obviously one of the smaller guys on the show. He fought (Josh) Ferguson, who’s a flyweight, (John) Dodson, who’s a flyweight, and now he’s fighting me, another flyweight. So I kinda think he’s just a big bully. He knows that this is his shot too to get into the UFC, so ‘let me pick on somebody who’s smaller than me.’ But like I said, that’s what martial arts is about – it’s about the smaller guy beating the big guy, and come December 3rd, that’s what’s gonna happen.”

Now that’s a flyweight fighting at bantamweight while packing a heavyweight heart.

“I’m looking to go out there and make a statement and show what the smaller weight classes are all about and show the UFC and the fans why they should add the flyweight division,” he said. “But I’ll fight bantamweight as long as I can and as long as they’ll allow me, and of course when they open up the flyweights, I’m gonna drop down and take that opportunity.”