The term SuperFight is bandied about often, but rarely do all the stars align to make one happen.

On May 16, 2015 in Manila, Philippines, a SuperFight will take place between former world champions Urijah Faber and Frankie Edgar in the first-ever UFC event in the Southeast Asia country.

“I’ve been a guy with a lot of firsts in the sport,” “The California Kid” said. “I had the first WEC Pay-Per-View. I had the first title fight in the bantamweight class in the UFC. And now I’m the main event on the first card in Manila.” 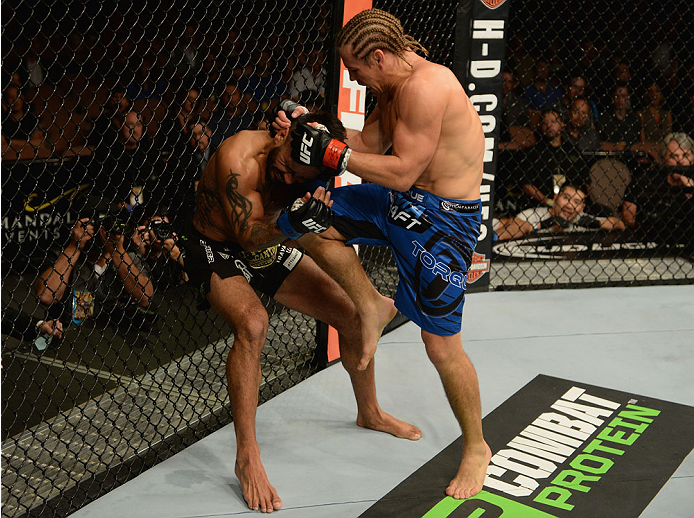 Faber has been the face of the lower weight classes years before the UFC added featherweights, bantamweights and flyweights to the promotion. As the face of the WEC, Faber may have been the most popular fighter in the world under 155 pounds not named Manny Pacquiao or Floyd Mayweather, and he has proven time and again that he’s one of the best in the sport.

Edgar, the former UFC lightweight champion, is yet another test that Faber is all too eager to take.

“I’m excited,” he says. “I feel like this is the time of the rise of the lower weight classes and Frankie Edgar and I have had a hand in that, along with Conor McGregor, Jose Aldo, Chad Mendes and some of the other guys. Frankie and I have both been champions and it’s going to be great to go up against him. We match up really well. You call it a SuperFight, I call it a chance for both of us to show the world what 145 pounders are made of.”

Between them, Faber and Edgar have faced some of the greatest fighters in the history of the sport, from BJ Penn to Jose Aldo, Sean Sherk and Jens Pulver.

“What Frankie and I have in common is an undying belief in ourselves,” Faber says. “We are diehard champions, and it’s an honor to fight a guy like that. He’s a guy who has survived some difficult times in fights and that’s what he brings to the table. We are two mixed martial artists in the true sense of the word, on the ground, on the feet, in terms of entertainment value, everything that it takes to be two of the best, we are both right there. We’ve been champions because of that. We are extremely solid, extremely confident and we train extremely hard.” 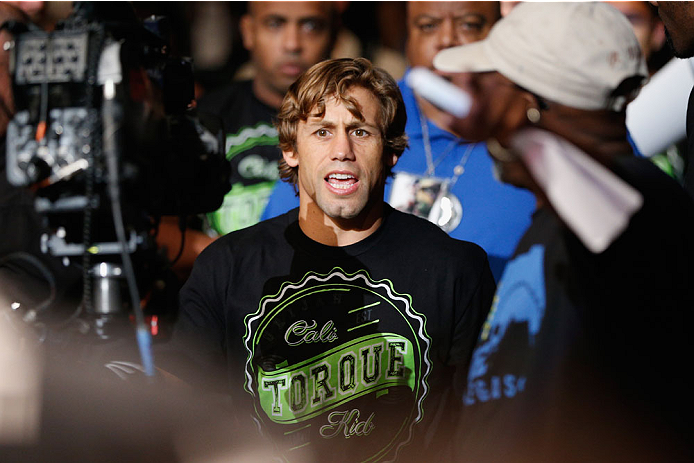 The amount of heart between Faber and Edgar is boundless. When Faber broke both his hands during a title fight with Mike Brown, he used his elbows instead of his fists. When he fought Jose Aldo, he had to be carried out of the ring because he took so many leg kicks he couldn’t walk, but through it all he never gave up trying to win.

As for Edgar, he thrice beat the legendary BJ Penn, retiring the former two-division title holder after their final bout last summer. And who can forget the epic battles with Gray Maynard that saw Frankie nearly finished in the first round of two title fights, only to watch him come back to draw in the first and finish with a knockout in the second.

A win over the number two-ranked Edgar would catapult Faber right back into the championship discussion at not one, but two weight classes.

“I plan on beating Frankie,” he said. “I don’t get into fights to lose. I’m willing to go back down to 135 because there’s a bunch of interesting fights there. I can see Dominick Cruz coming back and that’s a fight I want. There’s a lot going on at 145 with Chad and Conor and Jose and Frankie, but for me, at this point in my life, I want to take fights that count. And this is a fight that counts.”

This is also a fight up a weight class for the bantamweight, a welcome change for the president of “No Shirt Nation.”

“I’ve been able to eat and be healthy for this camp,” Faber said. “135 is a really big weight cut for me and I always try to keep my weight under control, but for this fight at featherweight, I have been able to get really big – for me anyway – and I feel stronger and healthier. So my focus has been on performing and not so much on the weight cut, and I think that is going to help.”

After Edgar, Faber will have fought a total of nine UFC or WEC champions, and countless number one contenders in a career that has spanned some fifteen years.

“My goal is to be the best in the world, but I don’t have anything to prove as an individual,” he said. “I consider myself to be the baddest man on the planet, and you have to fight the greatest out there to say that. If you look at some of the guys who I’ve fought in the past; Jens Pulver, Ivan Menjivar, it’s like Six Degrees of Kevin Bacon in MMA. My reach in this sport has been really unique, so one day you’ll be able to say Jens Pulver fought BJ Penn who fought Matt Hughes who fought Royce Gracie… you get the idea. Six degrees of Urijah Faber.”

And while the Philippines might be nursing the hangover that was the Paquiao vs Mayweather fight earlier this month, Faber says they can look forward to something a bit more exciting coming to them for a change.

“I’m introducing a whole new country to a live UFC event,” he said. “The fans there have a real knowledge and following of the sport, and I’m excited to go in there, have an epic battle with Frankie and show the Filipino fans something they’ve never quite seen before.”