Siver: McGregor Has No Place in Front of Me

Dennis Siver: Conor McGregor has no place in front of me!
By: GroundandPound.de 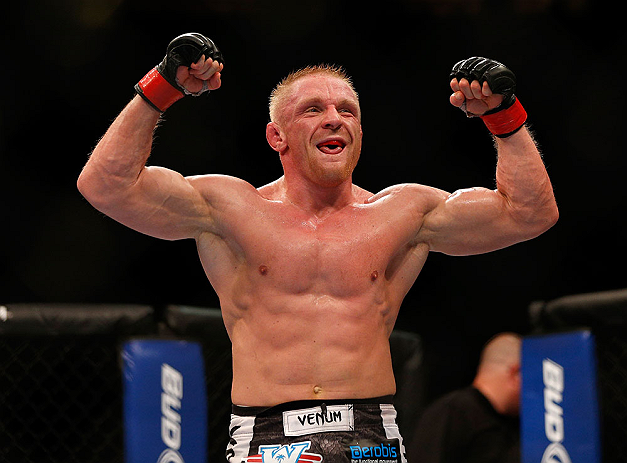 After nine months out of action you will return to the Octagon on October 4th. How is your mindset right now?

Dennis Siver: Great. That I get to step back in there again right away is a big relief for me. I thought I would rather have to wait until November or December. That things are moving so quickly motivates me. I am ready.

In the updated UFC rankings you still rank number ten.

Siver: As long as you are in the top ten you can get big fights anytime. Some popular guy only needs to get injured and there you are. I need to concentrate on defending my spot now first and foremost. Some guys I don't agree with have made it to the top ten lately. [McGregor] ranks one spot above me now, even though him and his last opponent didn’t even have a spot in the top ten before. It is not my job to judge on those things, the UFC decides and they decide based on your performance. His last fight was okay.

Conor McGregor is one of the hottest assets in the UFC right now. Would you mind facing him at a future UFC event in Europe?

Siver: Definitely, I wouldn’t say no to that one. That would be an interesting fight for sure. I’m in!

Read the full interview.
(scroll down for English)