As part of the scholarship, Tang, 29, Will receive an all-expenses paid trip to China to train at the new, 93,000 square foot UFC Performance Institute® in Shanghai.

The four-week curriculum, devised by UFC, gives athletes the opportunity to test themselves and train with the best MMA athletes in the largest, most advanced MMA development facility in the world. Tang will have access to the facility’s staff of experts in the fields of strength and conditioning, nutrition and physical therapy to help sharpen his skills. 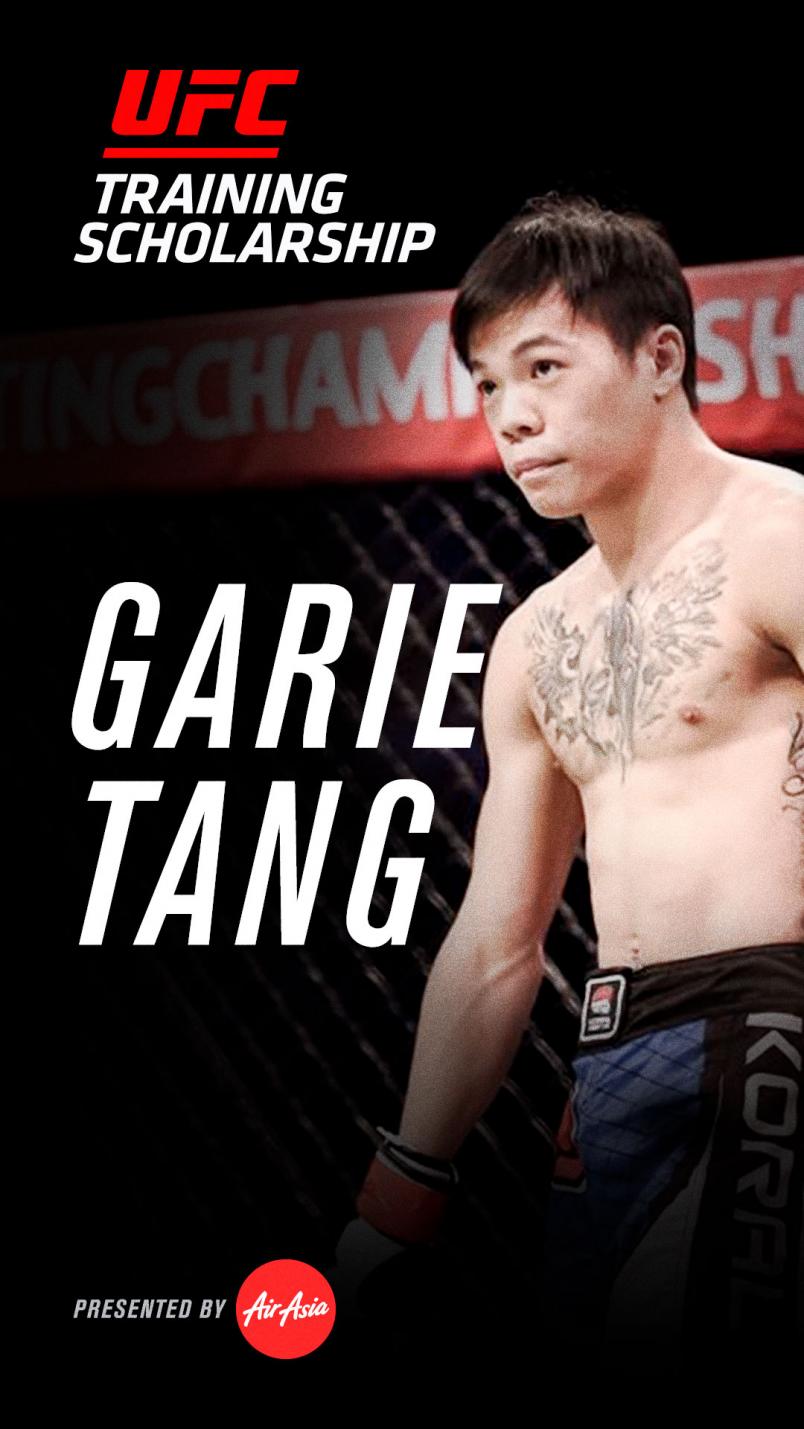 Garie Tang was born and raised in Singapore, where he still lives and trains. His accomplishments in martial arts are significant. Tang is a two-time Singapore Wrestling Nationals gold medallist; SEA Combat Sambo champion; a Brazilian jiu jitsu purple belt with gold in the IBJJF Asian Open; and Muay Thai competitor. He has earned a 4-1 record in professional MMA.

UFC Asia Senior Vice President Kevin Chang said,
“We look forward to welcoming Garie Tang to the UFC Performance Institute in Shanghai. His commitment to perfecting every aspect of his mixed martial arts performance has made him the ideal candidate, and he will benefit immensely from this opportunity.”

AirAsia Head of Brand Rudy Khaw said,
"We are pleased to present, for a second year, this training scholarship with the world's premier mixed martial arts organisation. It is every MMA fighter's dream to train with the UFC and we are delighted to be able to play a part in making those dreams come true.”

The state-of-the-art UFC Performance Institute® Shanghai is the world’s largest MMA training and development facility. Nearly three times as large as the original UFC Performance Institute in Las Vegas, the 93,000 square-foot facility in Shanghai serves as a training hub to develop and support the next generation of MMA athletes from mainland China and the greater Asia-Pacific region.