Simon Looking To Put Respect On His Name

“This is a big one,” Simon said. “My last two fights were against tough prospects, so I think with a win over Rani, it’s gonna get me ranked and I’m finally gonna start getting a little more respect on my name.”
By Thomas Gerbasi • Feb. 7, 2019

The word “veteran” will be thrown around a lot when it comes to Rani Yahya’s place in the MMA world leading up to his UFC 234 bout against Ricky Simon. So how legit is that status for the Brazilian groundfighting wizard?

“Rani was fighting in the UFC I think before I even started training MMA,” said Simon with a chuckle, knowing that when it comes to experience in the Octagon, he will be giving up a huge advantage. But everything else? The Pacific Northwest native is confident that he will have his coming out party in Melbourne this weekend.

“This is a big one,” he said. “My last two fights were against tough prospects, so I think with a win over Rani, it’s gonna get me ranked and I’m finally gonna start getting a little more respect on my name.”

Simon may not be hearing it, but the 26-year-old is certainly getting respect from his peers and the fight fans who embraced him after a pair of wins over Merab Dvalishvili and Montel Jackson. And the UFC must be watching him closely since they put him on the main card of a pay-per-view event.

“I don’t know, maybe I’m just that hard on myself,” Simon said. “I don’t have a lot of people telling me this or that; I just see a lot of other prospects always getting the hype and stuff like that and I feel that if I get a dominant win, like I think I should and I think I will, then I’ll really be on the map.” 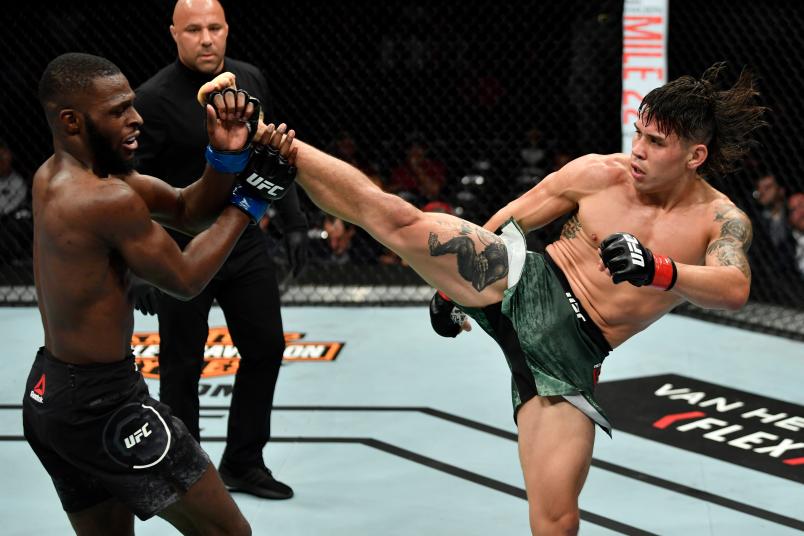 The bantamweight map is more crowded than ever, and with all the talent at 135 pounds, every fight is important and every win can be a career-changer. That’s exactly where Simon is at the moment, but while his aggressive style has gotten him to a 14-1 record, a trip to the mat with the Brazilian Jiu-Jitsu black belt could make it 14-2 in a hurry.

“I feel confident in every area, but I’m not under any false illusions,” said Simon. “I know how dirty Rani is on the ground and we’ve seen it in his last three finishes. So I know what I have to do. I know he is a true specialist on the ground, and I’m not scared to go to the ground, but I’m gonna put myself in the positions where I have the best chance of winning the fight, and I really believe that’s stuffing his takedowns and knocking him out.”

It’s a smart approach, and one you would assume any Yahya opponent would be wise to take. But to be a professional prizefighter, one has to have a healthy ego, and sometimes that little devil on your shoulder makes you want to fight the other guy’s game to see what all the fuss is about.

Simon laughs, knowing he’s got that little devil there at times.