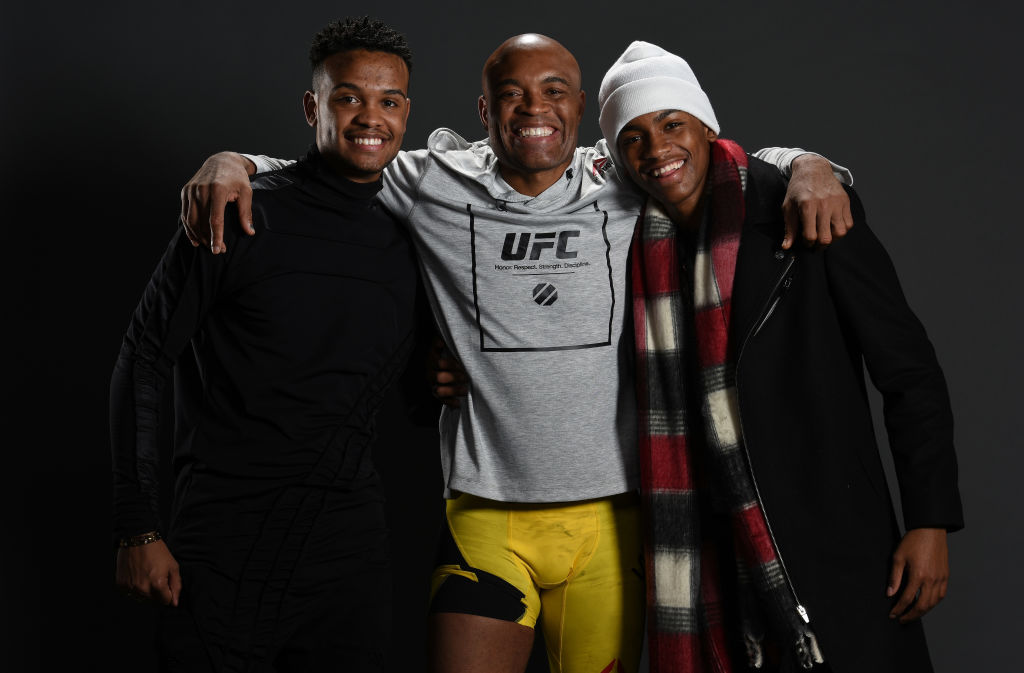 When the lights dimmed for the UFC 208 co-main event at Barclays Center in Brooklyn, Anderson Silva celebrated his family as much as his own career. The Brazilian superstar came out accompanied only by his two sons, Gabriel, 19, and Kalyl, 18, with his coaches following a little further behind. The two boys hugged their father and sat on the first row to watch Silva go toe to toe with Derek Brunson.

A few minutes later, following a barrage of shots and fan shouts, Gabriel and Kalyl were by the Octagon’s door waiting for Silva to exit after being declared the unanimous winner by the judges.

“It was a terrific feeling. Seeing my dad happy is the best thing in the world,’ Gabriel said excitedly. I’ll always be by his side.”

Added Kalyl, "It was very thrilling, my heart almost pumped out of my chest. For everything he’s been through these last few years, it was awesome.”

Although they’re accustomed to watching their father’s perform, Gabriel and Kalyl admitted they still get nervous when The Spider starts getting more loose and provocative in the Octagon. Against Brunson, Silva showed off some “capoeira” skills, as well as spinning kicks. He also dropped his guard a bit.

“I jumped on the chair and started laughing when he began to feel more comfortable in the fight,” Gabriel said. "My brother did it too, and I told him to calm down.

My father has always fought like that, and that’s because he’s up there doing what he likes. Everything is a result of his happiness.”

Kalyl, a budding music composer and producer, knows the showmanship is a huge part of Silva’s fight game.

“He needs to enjoy himself, but I get nervous every time. That is him, he’ll always fight like that. It won’t change,” said Kalyl, who was even more nervous as he listened to his own song, ‘Doom’, being played as Silva’s walkout tune.

For the Silva family, UFC 208 was a showcase of their unity and ability.

“It was very emotional,” Kalyl said of his father’s choice to use his son’s music as a walkout song. “I still don’t believe it was my song, my voice."