Silva vs. GSP: The Time is Now 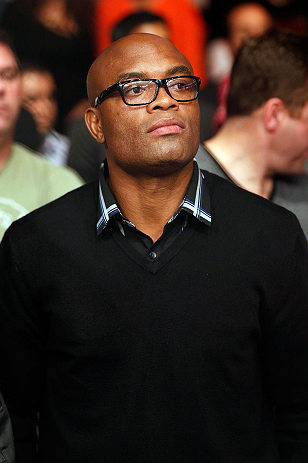 It’s the most talked about topic in mixed martial arts.

Georges St-Pierre versus Anderson Silva. Just writing those words evokes palpable anticipation. How often do fans get the opportunity to truly witness the two best fighters in the world, pound for pound, meeting at the peak of their reign?

Honestly, I cannot think of a single instance in the Zuffa era of the UFC where the two unquestioned pound-for-pound best met to decide who was the single best fighter in the world.

If you can think of an example, feel free to expound on it below. But I’ve been sitting here racking my brain and scouring the Internet trying to disprove my belief that it has never before happened in the current version of the UFC.

BJ Penn’s win over Matt Hughes in 2004 doesn’t qualify because Penn hadn’t yet hit legendary status in the mythical pound-for-pound debate until that shockingly decisive win. Wanderlei Silva and Chuck Liddell were a couple of years and a few bad performances past the prime of their respective careers when they met in 2007. Randy Couture? Nope, he was never in the pound-for-pound debate during any of his big fights. Jon Jones? He may take umbrage at GSP holding the number two spot, possibly even rightfully so, but “Bones” has never faced a fellow pound-for-pound candidate after he rose to elite status.

The UFC isn’t any different than boxing in this regard. Pound-for-pound candidates rarely square off in the primes of their career. Look at the current list of greats. Floyd Mayweather Jr. is universally recognized as the best in the world. Manny Pacquiao used to challenge that distinction, which is why the two squaring off likely would have been the biggest fight in the history of the sport. But the pair couldn’t agree to terms. Now the “sell by” date may have expired due to Pacquiao’s recent loss to Timothy Bradley.

That brings us back to GSP versus Silva. This is the perfect time to make that epic matchup a reality. Not only will it likely shatter all UFC box office records. It will also definitively answer the question of who is the current alpha dog in the world of MMA.

Why is this the perfect time, you ask? Well, let me dive into that question.

Silva is in the midst of a historic championship run. His 10 consecutive successful title defenses is the most in history, doubling the previous best. Oh yeah, GSP has also beaten the old record. He now stands three fights behind Silva with seven consecutive successful defenses. Take away the nearly 19-month break to rehab his torn anterior cruciate ligament and GSP could very well be equal with or beyond Silva’s mark.

Those facts, in and of themselves, is enough to justify the fight. But there is more. Oh, so much more.

Silva not only holds the record for most consecutive successful title defenses. He also holds the records for most title wins, most consecutive UFC wins, longest title reign based on duration, and the most finishes. He has been so dominant that every fight he has been in, except for the first bout with Chael Sonnen, has more closely resembled a sparring match than a championship fight.

That is great. But Silva’s insane run of success makes many wonder whether he is growing bored with the challenges in front of him. Is he still training as hard as he used to? Is he still laser focused on growing as a martial artist? Does he still have the same hunger for the sport that he did when he was fighting for a paycheck, rather than to add on to what is already a secure financial future?

In other words, is Silva ripe for an upset? Many seem to think so. That is why guys below him in the middleweight food chain are champing at the bit to get into the cage with this guy. Does Michael Bisping, Chris Weidman, Vitor Belfort, Mark Munoz or any other 185-pound top challenger truly believe that they can beat Silva when he is at his absolute best? Maybe. Do they think they can win a three-fight series? They will say yes, but I’m not so sure that they will be speaking the truth (the whole truth and nothing but the truth).

Silva also turns 38 in five months. In other words, he is no spring chicken anymore. Not only does he have to contend with hungry young fighters wanting to take off his head. He also has to contend with Father Time, an opponent that defeats every athlete at some point.

But the biggest reason that this is the perfect time for Silva to challenge GSP is his legacy. Silva has two fights left on his contract. A Hollywood ending to his career would be a win over GSP at some catch weight – sorry, Firas Zahabi, asking Silva to make 170 pounds is, well, just silly—and then win over 205 pound champion Jon Jones.

Adding those two names to his resume would leave Silva with a legacy that wouldn’t likely be duplicated for decades, if ever. Granted, nobody can predict the future. Maybe Jones will do things that Silva can only dream of. Maybe some teenager or pre-teen is out there who will top them all. But the odds seem pretty long on any of those Silva-topping scenarios at the moment.

If Silva faces Jones first, a fight will GSP will be completely anticlimactic. Think about it. Would you buy GSP versus Silva, if Silva was fresh off a win over the 205-pound king? I would watch it, but not with the same anticipation that I currently have for the matchup.

Now is also the right time, when considering the matchup from GSP’s perspective. He recently 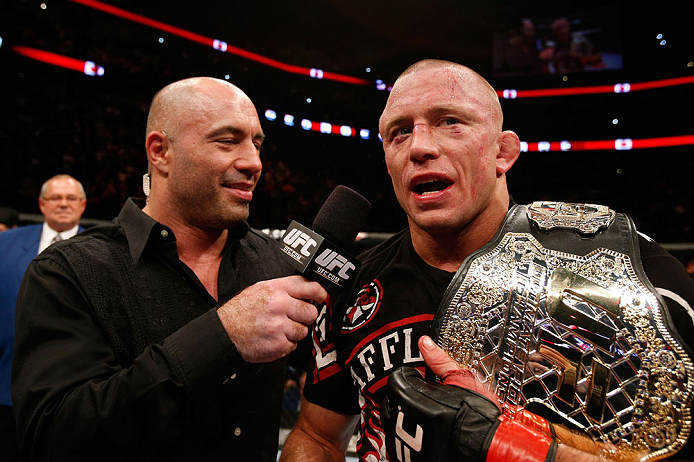 overcame the toughest hurdle of his career by surviving the ultra-tough Carlos Condit after a nearly 19-month injury-induced layoff. Johny Hendricks is likely waiting in the wings. Did anyone see what he did to Martin Kampmann? What about Jon Fitch?

GSP might be the rightful betting favorite over Hendricks, but does he really want to risk the most lucrative and historically significant fight out there for him by facing the southpaw slugger? I certainly wouldn’t risk it because that will render a fight with Silva completely irrelevant.

Plus, if GSP faces Silva at a catch weight, rather than the absurd notion of making the “Spider” drop to 170, it is a no-lose proposition. GSP’s belt won’t be on the line, and if he loses, he can chalk it up to a loss to a far larger man in a weight class north of where he is at his best. He will return to welterweight as the reigning champion and continue with his quest to break the standards of greatness that Silva continues to establish.

I know. This is a David versus Goliath scenario. Silva is a better (and much bigger) version of Condit, so what makes anyone think that GSP can score the upset? Why take a fight that the fans desperately want to see, if GSP is nothing more than a sacrificial lamb for the sport’s current undisputed kingpin?

I’ll tell you why. People said all the same things about BJ Penn’s decision to challenge Matt Hughes for the welterweight championship after twice failing to win the lightweight title. Penn didn’t care. He moved up one weight class and completely destroyed Matt Hughes, a man who many believed at the time was the sport’s pound-for-pound king.

Who is to say that GSP can’t do the same thing?