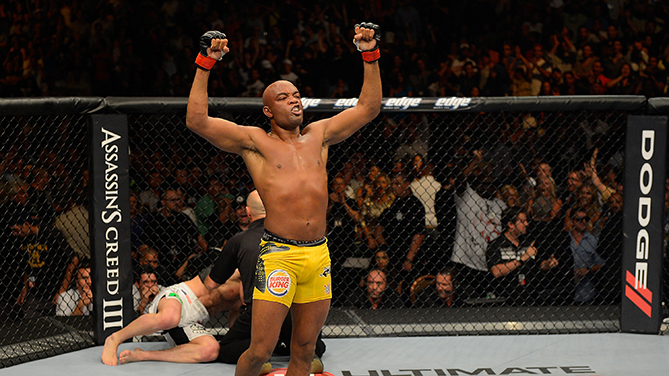 We’ve been here before with Anderson Silva; questioning the future of arguably the best pound-for-pound fighter of all time.
This time, though, we have a different question.
Back in the summer of 2009, following a pair of lackluster efforts by Silva to retain his UFC middleweight title, we wondered if “The Spider” was content to coast by relying on his elite skills and experience inside the Octagon.
He shut us up when he embarrassed Forrest Griffin at UFC 101, in one of the most one-sided fighting displays in UFC history. He went on to best Chael Sonnen in a two-fight rivalry for the ages, and finished Vitor Belfort with one of the best KO head kicks of all time, cementing his legacy as the GOAT.
Now, almost five years later and bearing the burden of consecutive losses on his once-perfect UFC record, we’re left to ask whether the dominant Anderson Silva of old is the one set to return at UFC 183 to face Nick Diaz.
> Read: Anderson Silva Press Conference Recap
> Watch: Presser Highlights
We’re still more than three months away from finding out the answer, but I am not prepared to doubt Silva.
I remember the determined and confident Spider who entered the Octagon against Griffin. Silva built his reputation on his uncanny ability to finish fights in spectacular fashion. He knew he had to recapture that aura, that he needed to step up his game. 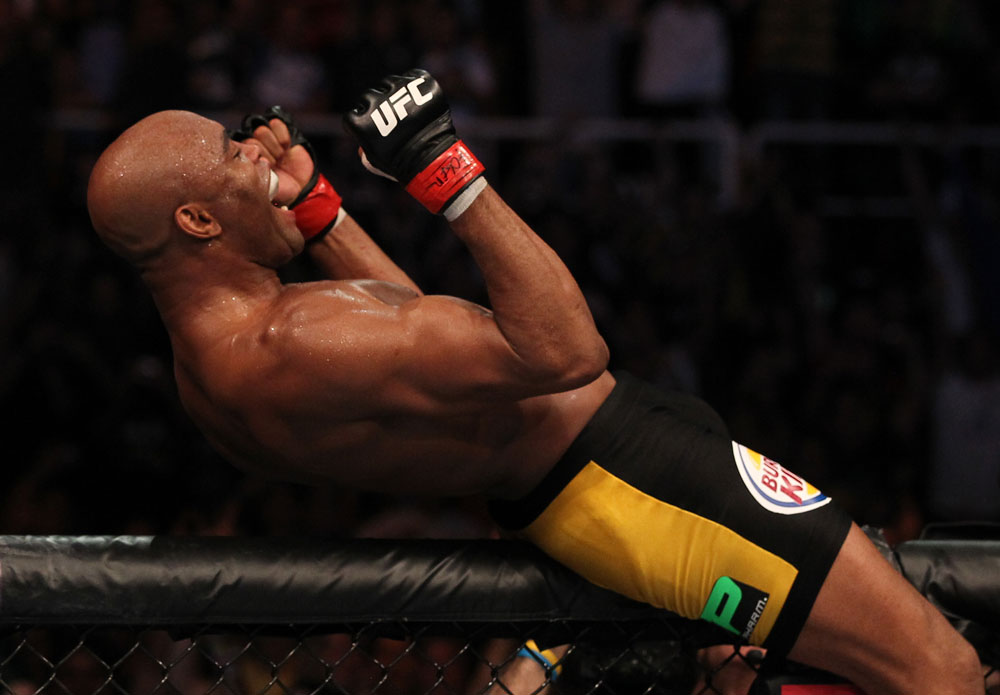 And he did. The best in the world got even better, and Silva cleared out the 185-pound division before the emergence of the next generation - led by current champ Chris Weidman - forced him into another career crossroads.
Weidman dominated Silva – twice. He was the force that finally made Silva pay for his arrogant fighting style.
On Tuesday Silva, who spoke to the media at a press conference from Brazil, said he has learned from his mistakes and he’s a better fighter for it.
Silva has seven fights left on his deal, and he said he plans to fulfill that contract. He is saying all the right things, and it’s clear his competitive fire is burning as vigorously as ever as he continues to persevere in the aftermath of a near-career killing injury.
> Watch: Lorenzo Fertitta on Anderson Silva 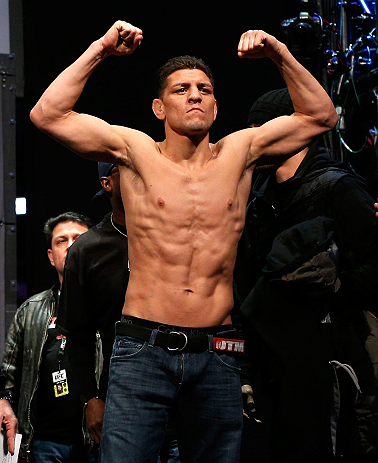 His first test comes against Diaz, a man many are calling the perfect opponent for Silva. Both entertaining fighters have the potential to put on a heart stopping show in Las Vegas on Jan. 31, 2015.
Diaz’s in-your-face style plays right into the hands of Silva, who is known for his clever counter striking and blazing quickness. Silva will need that speed and power to overcome Diaz, who has only been stopped twice in 36 pro MMA fights.
That unstoppable look that Silva possessed at UFC 101 is back. Yes, he’s older and this Anderson Silva is battling more obstacles than ever before.
But The Spider has made a career of proving his doubters wrong, and his next objective - Diaz at UFC 183 – promises to be one of the biggest super fights in company history. Lingering questions about Silva’s precise place in UFC history almost assuredly will be answered, and new ones – could this be the making of another title run?  – will surely arise.