Silva vs. Diaz heads to Las Vegas this January... 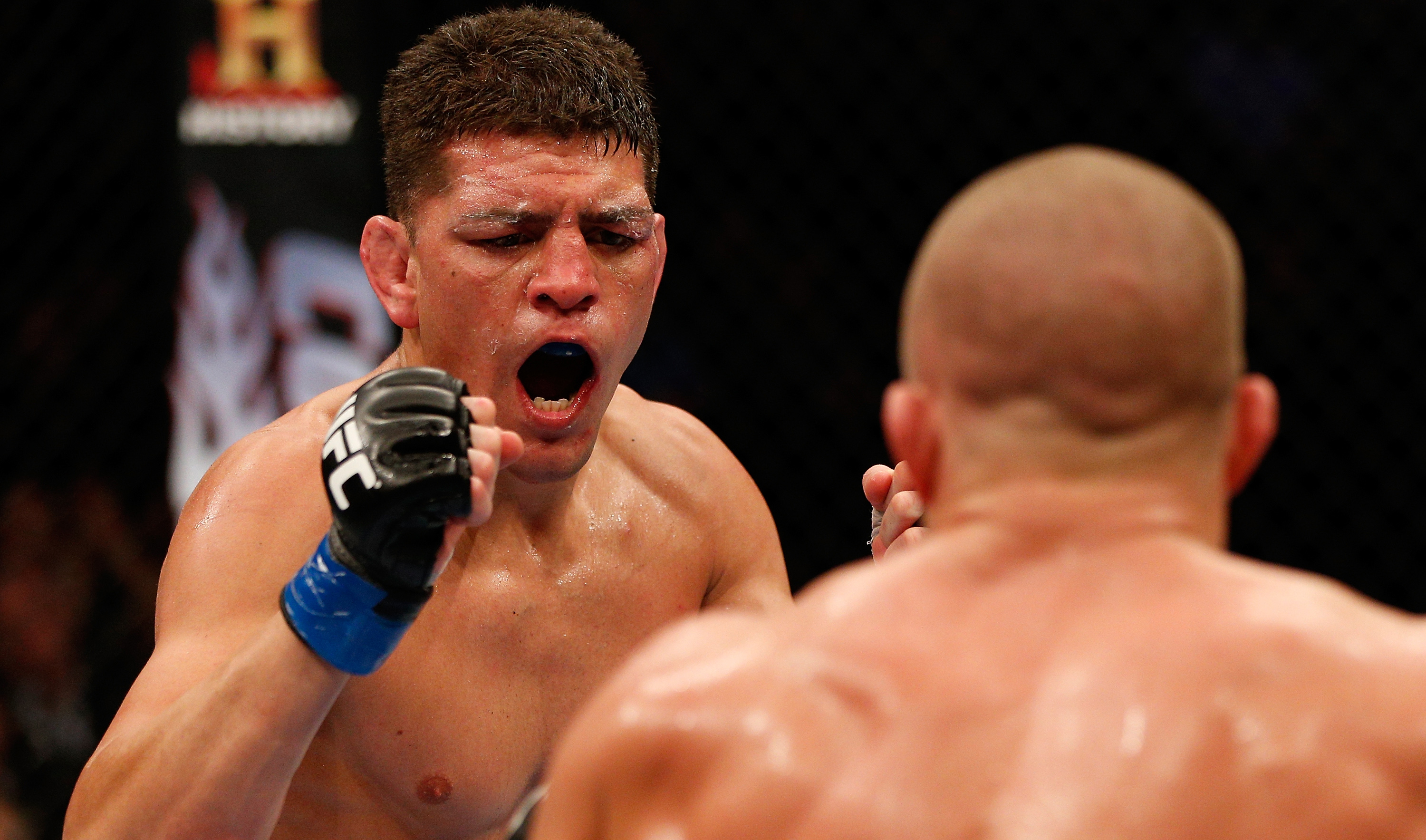 Silva, sidelined since a leg injury ended his UFC 168 fight against middleweight champion Chris Weidman, has been greenlighted by doctors to fight again, and he has looked sharp in training. Now he has even more to train for as he takes on Diaz in what is expected to be a striking lovers' dream matchup on the UFC's annual Super Bowl weekend event.

Considered by most to be the greatest mixed martial artist of all-time, the 39-year-old Silva shattered record after record during his nearly seven-year reign atop the 185-pound weight class, defeating the likes of Vitor Belfort, Rich Franklin, Chael Sonnen, and Dan Henderson, not to mention Hall of Famers Forrest Griffin and Stephan Bonnar at 205 pounds. In July of 2013, the Brazilian icon lost his title to Weidman and was stopped due to a broken leg in their rematch five months later, but more determined than ever, Silva expects a triumphant return this January against Diaz.

One of the most polarizing figures in MMA, Nick Diaz has the unique ability to captivate fans both in and out of the Octagon, and at 30, the best may be yet to come for the former Strikeforce welterweight champion. Owner of wins over Robbie Lawler, Frank Shamrock, KJ Noons, and BJ Penn, Diaz - like Silva - earned his black belt in jiu-jitsu, but on January 31, he expects to throw hands with Silva in a five-round 185-pound matchup fans have wanted to see for years. 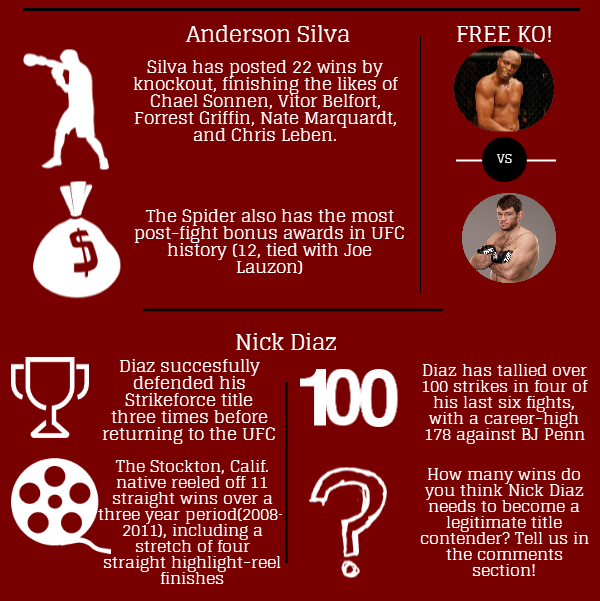